What's up with Wellington? 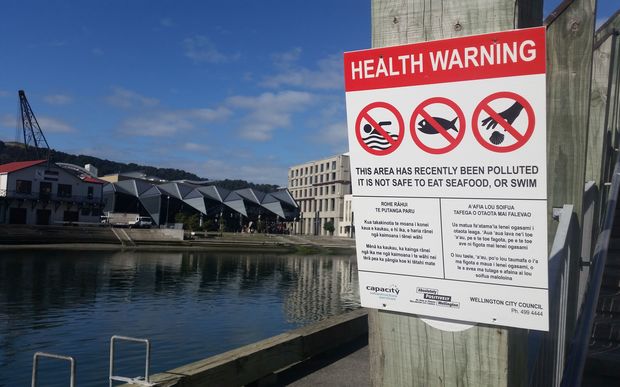 Warning signs have gone up around the affected area. Photo: RNZ / Adriana Weber

Bills are piling up for Wellington’s crumbling wastewater infrastructure fix, and that’s not the only problem the capital has to deal with.

Councils across the country are grappling with steep costs for wastewater upgrades.

A report by the Department of Internal Affairs shows that the Manawatu and Wanganui region will have to find up to $500m dollars.

Auckland alone, is spending $1.2 billion on just one pipe - the central interceptor.

But Wellington is in a nightmare of its own.

Today The Detail’s Jessie Chiang speaks to the New Zealand Herald’s Wellington issues reporter, Georgina Campbell, about what’s going on in the capital.

Thousands of litres of wastewater and raw sewage poured into the harbour after a tunnel collapsed and then just a few weeks later in January, two sludge pipes also failed. 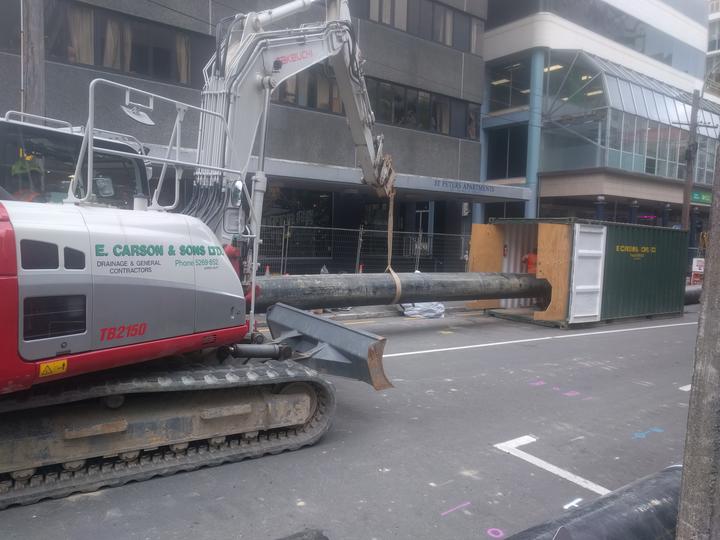 “That sparked this infamous truck sludging operation,” says Campbell. “It’s a 24/7 operation, it costs $650,000 a week ... it’s all so so this sludge doesn’t end up in the Cook Strait. The trucks are doing the work of the pipes effectively.”

(It was announced just this weekend by Wellington Water that the fix is now operational and the sludge trucks operation can end.)

Then Covid-19 emerged and the country shut up shop. Councils nation-wide are faced with having to act quickly to put unbudgeted-for response measures in place, while knowing that large sections of their ratepayer income base will be struggling with unemployment or going out of business.

In Wellington, the council’s response to the pandemic is playing out amidst political divisions in a very public way.

Newly elected mayor Andy Foster is being outvoted on issues like extending free car parking because of the pandemic.

Personal squabbles between councillors have inflamed the situation.

There’s been a Facebook post with claims of bullying, a formal complaint in retaliation and a facilitator brought in to try and mend the ruptures.

“You’ve got that as a sideshow playing out and I don’t think the public particularly want to see that stuff going on when there are such big issues for the council,” says Campbell.

No one more so than Kāpiti Coast District Council Mayor K Gurunathan, who told the media that councillors needed to put aside their differences and focus on responding to Covid-19.

“Across the region, Wellington is seen as the hub, the big engine and certainly from an outsider's perspective, those (other) mayors and councillors seem to be feeling a little bit uneasy about the ... squabbling and the commentary about the council division,” says Campbell.

“I think the region, to navigate through Covid-19, really needs to work together and if the big hub of that region is fighting amongst themselves then that’s not a good look.”