How a young white supremacist did a radical u-turn 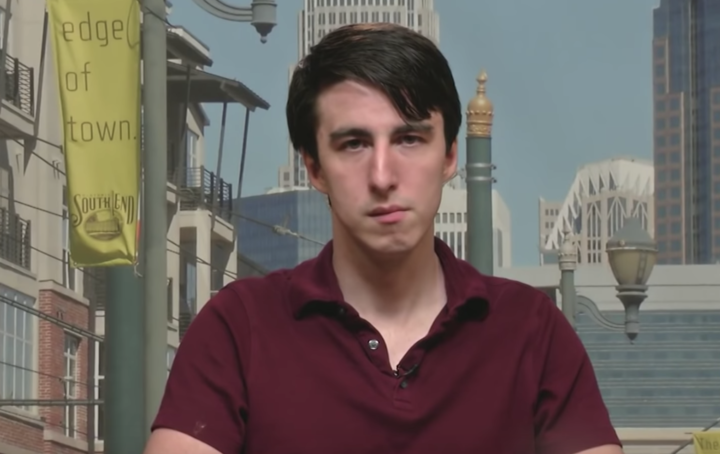 Caleb Cain was raised by his grandparents, in a small, poor, rural town in West Virginia.

He was a political kid, as kids go. Progressive, opinionated - obnoxious, in his own words.

After graduating high school, he went to community college looking to become an engineer.

But after three years, aged 21, his life took a turn: he dropped out of college, moved back home, and found a saviour: alt-right YouTuber Stefan Molyneux. Molyneux - whose speaking tour of New Zealand in 2018 with fellow Canadian Lauren Southern was cancelled after venues backed out of hosting it - has been accused of hate speech, white supremacy and racism.

But with Cain, his rhetoric clicked immediately.

"He styles himself on being a philosopher and making arguments, and caring about the truth, and honour, and virtue. And those were all things that appealed to me."

Molyneux filled a void in Cain's life, serving as an online father figure and offering advice and answers to difficult questions.

And, superficially, it worked.

"He was giving me advice that on the outside was improving my life: I got up out of bed, I got a job, I got a girlfriend.

"And also, because I had such strained relationships with my family ... I looked up to him. He was a mentor to me.

"He filled a deep, deep void that I had - and that's true for a lot of people who fall down this alt-right rabbit hole. And because of all the improvements I was making when he started talking about the political stuff, I just fell right into it."

For years, Cain devoured alt-right content on YouTube, spending hours every day on the platform - and with each video, his views grew more and more extreme and harmful.

"I woke up ... I saw the text alerts ... and I'll be honest with you there are so many shootings in the United States that I didn't think much of it. It wasn't until I got to work and I started seeing alerts about white nationalism, Great Replacement, that my heart dropped. Because I knew what the Great Replacement was. I believed in the Great Replacement. And I went into the bathroom and I read the manifesto, I read the articles ... and went home that night I watched the video, saw the memes that he shared. And it really disturbed me because I never thought about going out and shooting anybody. But I saw myself in that guy."

Even though Cain believed in a watered-down version of the same ideologies, that was still what he believed. It disturbed him. Those ideas came from his community - the internet, the 4-Chan and 8-Chan boards.

In today's podcast Cain talks to Emile Donovan about how he found his way out of that way of thinking, to the extent that he travelled to New Zealand for the first anniversary of the mosque attacks, in a gesture of support.

To turn himself around he used the same medium that got him involved in the alt-right world in the first place - YouTube.