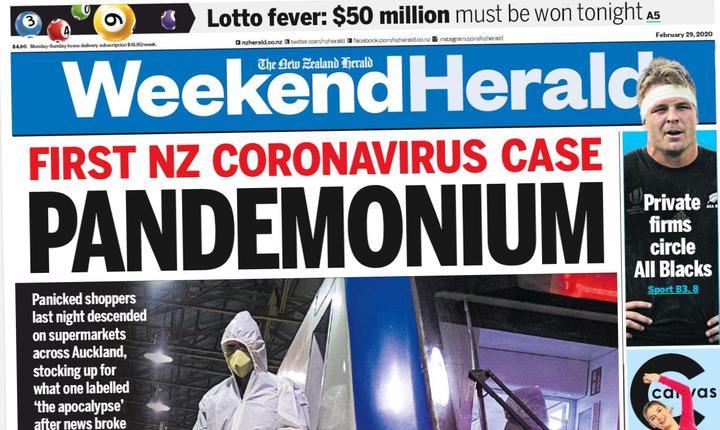 Stock markets are crashing, borders and schools are shutting, big events are cancelled and people are hoarding toilet paper.

Today on The Detail, Sharon Brettkelly speaks to Sarah Monod de Froideville from Victoria University about what the term actually means.

"The criteria for a moral panic is that the reaction is disproportionate to an objective reality," she says.

Brettkelly also talks to Samuel Paul Veissière, who wrote an article for Psychology Today called 'The Coronavirus is Much Worse Than You Think - How COVID19 is infecting our minds, not our lungs'.

He explains what's behind the irrational reaction to the coronavirus. Our minds like to "jump to threatening headlines" with alarming numbers, he says.

People don't worry about dying from flu or heart disease because they are part of the every-day fabric of how they expect the world to be.

In contrast, the coronavirus is a novelty - but the evolution of the 24 hour news cycle and the internet also play a big part in causing moral panic.

Veissiere describes the rush to stock up on household items such as toilet paper, rice and hand sanitiser as ‘epidemic hoarding’.

Meanwhile Jessie Chiang discusses economy with RNZ's business editor Gyles Beckford. He explains why the stock market is so vulnerable to fear.

Several industries have already been heavily impacted by the coronavirus - forestry, tertiary education and tourism.

Beckford expects it will take months before things are back to normal.

"This is a bigger spook than most, hence people are more panicked, people are more uncertain, the falls have been more pronounced, steeper, and I think they'll be longer. It will take us a while to get back lost ground," he says.