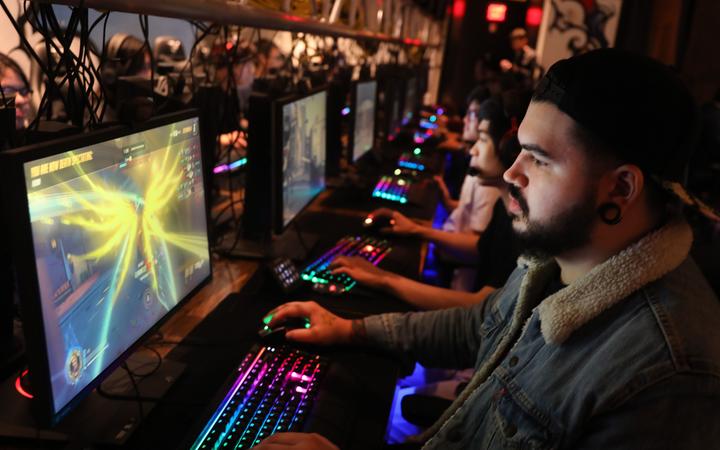 Here's a riddle for you: what costs a couple of bucks, could potentially get you a few hundred back, makes loud and obnoxious noises, and keeps gambling researchers awake at night?

If you said pokies you're technically wrong, but Massey University's Dr Aaron Drummond reckons you're not too far from the truth.

"A Loot Box is a digital container of randomised rewards, which is purchasable quite often with real-world money in conventional video games.

"Provided your gaming console is connected to the internet, many games have access to stores within the game you're playing.

"You just go to the store, indicate you want to buy a new loot box... and off you go."

That’s just commerce - money, exchanged for goods and services. But there’s more to this – loot boxes are a big and growing issue for gamers and for parents. That’s because they open up the world of gambling to children.

The way they work is simple: users pay a small sum of money for a random in-game reward, which could be an item of clothing for your character, a new playable map, or a powerful new weapon which gives them an in-game advantage.

Users put in their credit card details, and the box pops up; they click a button to open it, and the gift is received. Whether the gamer is happy or disappointed with it is entirely down to chance.

And loot Boxes are big business: The Telegraph newspaper estimated more than $60 billion was spent on loot boxes in 2018 alone.

The issue is the rewards are random, people effectively buying an online lucky dip, which can only be used inside the game, and some observers say the model is uncomfortably close to gambling - a view backed by a growing body of research.

A study published last year in the Royal Society Open Science journal suggested "loot boxes either cause problem gambling among older adolescents, allow game companies to profit from adolescents with gambling problems for massive monetary rewards, or both of the above".

Some countries, like Belgium and the Netherlands, have banned the feature outright, saying they violate local gambling law in those regions.

In New Zealand that decision rests with the Department of Internal Affairs - but responding to a 2017 enquiry, the Department said loot boxes could not be regulated, as they don't meet the definition of the word "gambling" as it's laid out in our Gambling Act.

The relevant section of the Act states gambling "means paying or staking consideration, directly or indirectly, on the outcome of something seeking to win money when the outcome depends wholly or partly on chance" - and DIA is of the opinion gamers don't buy loot boxes seeking to win MONEY, but to have a better time while they're playing the game.

"Some of the games do have the ability to cash out their winnings.

"When we examined the issue of loot boxes back in 2018 we found about one in five games have the ability to cash out your winnings into real-world money.

"Most of those were through third-party websites, so they weren't controlled by the publisher of the game - but there certainly was a pathway to make money off those products."

In today’s podcast Emile Donovan looks at the solutions that have been offered up in New Zealand; he talks to chief censor David Shanks about efforts to get warnings on games offering loot boxes; and to the Problem Gambling Foundation about how young people are manipulated by this development.