The problem with the global game of rugby 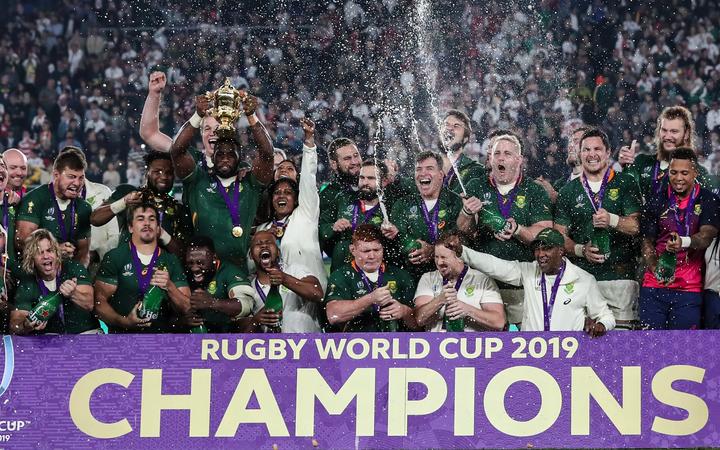 The Springboks and All Blacks this year play their 100th test match. The history of these two great rugby nations is intertwined, peppered with monumental events and heartbreak for both on the field.

But now South Africa is looking to deal New Zealand a different type of heartbreak.

The UK’s Daily Mail reports the World Champions are working on a deal to leave the Southern Hemisphere nations competition to join the Six Nations in the north. It says there’s a “sense of inevitability” that the Springboks will drop out of the rugby championship after the 2023 World Cup.

That report in turn led to some commentators saying it would leave New Zealand rugby in crisis.

For now, any aspirations the Boks have to leave have been dashed by the new boss of New Zealand Rugby, Mark Robinson, who says SANZAAR contracts have been signed up to 2025.

Robinson is playing down the reports, saying it’s about the third out of the Northern Hemisphere in a month suggesting various teams will be joining the Six Nations. But Radio Sport’s rugby editor Nigel Yalden says the journalist who wrote the article, Chris Foy, is outstanding at what he does.

“There’s a little bit of foxing … are they trying to do this to get a better deal here and there, or get a bigger share of the market  … I think it’s interesting. There’s a lot of things going on …. “

But what it basically comes down to is money.

“There really is a battle at the moment for money … to try and keep their sport afloat. And the vast majority of the big money in the sport of rugby union at the moment .. is in a very confined area in the UK and Europe,”he says.

There are big broadcasting deals, a private equity investor keen to get involved, and massive prize money compared to southern counterparts.

On The Detail today Nigel Yalden talks to Sharon Brettkelly about the money that drives rugby, the tyranny of distance that could help drive South Africa away, and – here’s a twist – why he thinks there’s just too much rugby.