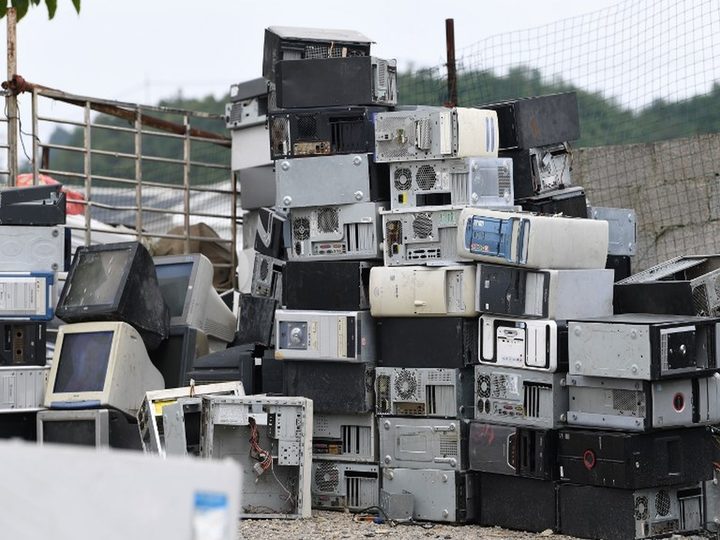 Here's a fun fact: if you took all the gold humans have ever mined and melted it down into a cube, it would be about 20 square metres in size.

But every year, we bury more and more of that gold in landfill - with little to no hope of it ever being re-used.

That's because gold is a key component in many electronic products, like TVs, computers, smartphones - in fact, these products have higher concentrations of gold and rare earth elements per tonne than are found naturally in ore.

The average New Zealander produces more than 20 kilograms of e-waste every year - one of the highest per capita amounts on the planet - yet we're the only country in the entire OECD without a national e-waste scheme.

Of the 80,000 or so tonnes of e-waste we produce each year, the best estimates suggest we recycle less than two percent of that total - a mere 1600 tonnes.

So, what happens to the rest of it?

Well, it goes to landfill, either here in New Zealand, or somewhere else in the world.

This isn't as big a deal as it might first sound: a well-maintained landfill isn't going to contaminate its surroundings, even if it's bursting with electronic waste.

But what about landfills that aren't so well-maintained - as is the case in many countries in Asia and West Africa? What are the risks?

AUT waste management expert Jeff Seadon says if you don’t dismantle e-waste correctly, heavy metals and toxins can get into the environment.

"The results of that being blood disorders, liver disorders. We also get central nervous system damage. So you can get effects like minamata disease.

"And also, children are often employed doing this sort of thing. Their bodies are much smaller, so smaller amounts lead to higher concentrations of this in their bloodstream," he says.

New Zealand is a bit of a pariah among developed countries in having no centralised e-waste recycling scheme: dumping e-waste in landfill is illegal in many countries around the world, including much of Australia, and the European Union has been developing its own policies for nearly 30 years.

But we haven't been wholly indolent: successive governments have invested more than $20 million into local e-waste schemes over the past 10 years, with much of that coming from its waste management fund.

The problem is, many of those pilot schemes have either died on the vine, or been derailed by economic issues - with one flagship project, the TV takeback scheme, meeting an unedifying end.

Some small companies and local councils have tried to pick up the slack but simply don't have the scale.

So what should New Zealand be doing in this space? 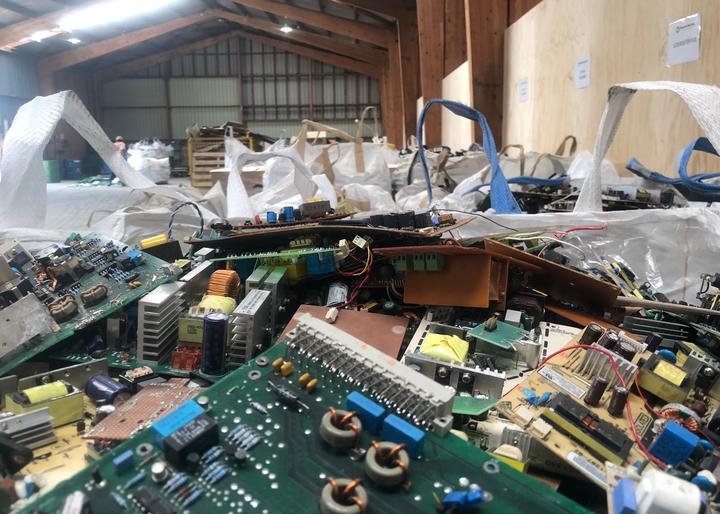 Patrick Moynihan, the owner and director of Computer Recycling in Auckland, has a few ideas.

“I’d look to set up a governing body – an association of types. I’d approach everybody who has a permit for exporting waste for recycling and ask them to collaborate on what the next steps are.

Of course, Patrick Moynihan would say that, given he literally makes money from the secondary electronic economy.

But Jeff Seadon agrees – and he has a couple of words of advice for consumers.

“Think about the lifetime of [your device]. Are we going to pay $2000 for a device that lasts two years? What will you do with that at the end of its life?

“It’s like a bauble: it loses its shine very quickly. So we should be looking for longevity, not the flash look.”