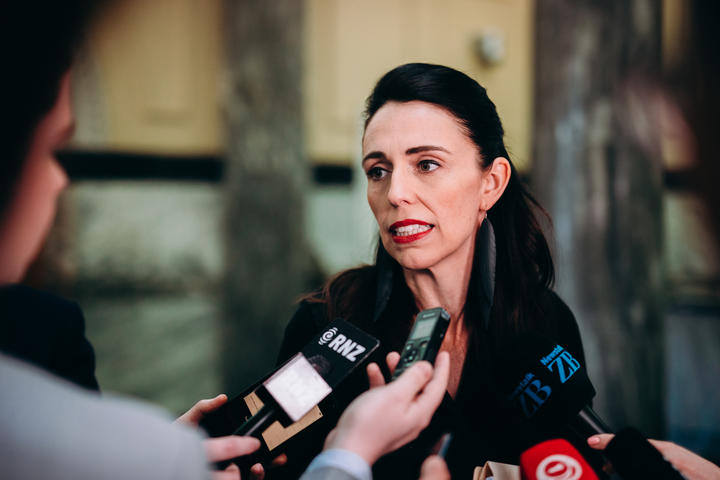 The Prime Minister is distancing herself from questions over the NZ First donations issue Photo: RNZ /Dom Thomas

But he’s taken aback at the speed at which the 2020 version has escalated.

“I was surprised to see the SFO to be involved so quickly here,” he says.

In 2008 the issue had been rumbling on for months and months before the dam broke.

The last time New Zealand First’s electoral finances were referred to the SFO was in August 2008, when it was reported rich-listers Sir Owen Glenn and Sir Bob Jones had donated to the party. Winston Peters stood down as Foreign Minister in the Labour-led government and the party lost its place in Parliament in the election four months later. Days before election, the SFO had cleared the party and Peters – but the damage had been done.

This time round, leaks which have come out through Stuff and RNZ appear to show there are multiple donations sneaking under the $15,000 threshold required to declare the name of the donor.

“That appears to be in breach if not the letter, then the spirit of the electoral law,” he says.

Hickey suggests two factors in the relatively quiet lead-up to the investigation this time – frankly, Winston Peters is litigious, and there are fewer journalists around now to prod away at the story.

On The Detail today, he tells Sharon Brettkelly electoral laws are designed to make sure voters know the names of people who donate significant amounts of money.

“The way it appears is that significant numbers of very wealthy individuals have donated to New Zealand first in multiple lots under the declarable threshold, which means their names are not made public,” he says.

This raises the question for voters, do we know exactly who is funding our political parties?

“Maybe they’re just shy,” Hickey generously suggests. “Maybe they think they’re famous enough … it’s hard to say what the motivations are, and that’s why RNZ has been very careful about saying they’re not alleging that people have broken the law.

The crux of this lack of transparency is that “the scrum is screwed, if you like, by people who are wealthier than the rest of us and can ask for special favours, and have influence over a project larger than they would have if they were just another citizen who was voting in an election. One of the ways to protect yourself is to make sure everyone knows who’s donated what to whom.”

As for multi-party donations, Hickey says some people bet on every horse, or they see their role as supporting democracy in general.

The flip side is that not all the parties might want people to know who has donated to them.