What happened in Wuhan, the coronavirus ground zero? 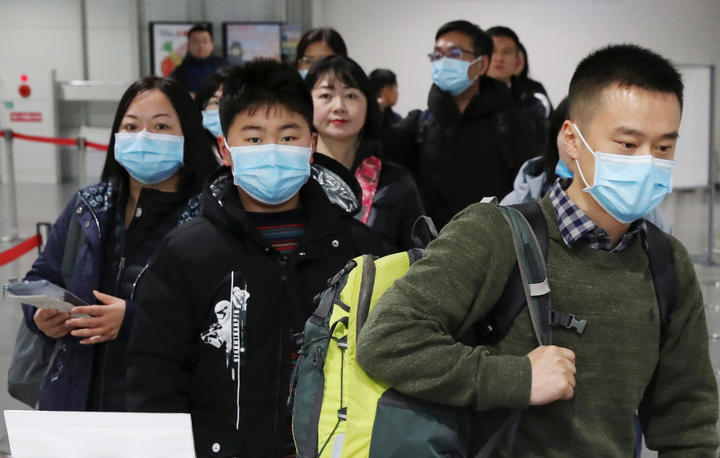 Today on The Detail we tell two parts of the coronavirus story - what life is like for those in lockdown in China; and the scientific breakdown of how animal diseases are transmitted in such a deadly fashion to humans.

Sharon Brettkelly talks to RNZ reporter Chen Liu, who usually at this time of the year is back with her mum and dad in China – in Hubei Province, not far from the epicentre of the virus outbreak in Wuhan. This year however her parents are spending Chinese New Year without her, as she chose to stay in Auckland. It wouldn’t be much fun for her if she’d made the trip – her parents are in virtual lockdown, Chen saying it would be like living in a cage for them. Apartments are small; they don’t have gardens; it’s too scary to go out.

“This year everyone is talking about this virus – about how serious it is, about how hospitals are crying for medical supplies. I think the New Year perhaps no one will forget in China.”

Chen says her parents had stockedpiled food for the holiday so they have plenty to eat, but the other day her mother ran out of toothpaste. She waited till night time, doubled up her face masks, pulled on her gloves and waited outside till other customers had left the shop. “When she was talking to shop staff, the staff would maintain a distance.

“The streets are empty. It’s like a ghost town.”

The Chinese government has extended the New Year holiday until 13 February to minimise the possibility of the virus spreading, so Chen’s mother doesn’t have to go back to work just yet.

Brettkelly also talks to David Hayman, a vet at Massey University in Palmerston North, specialising in zoonotic diseases that spread between animals and humans like coronavirus, SARS, and Ebola.

He says in spite of headlines saying variously that the disease came from bats or snakes, it’s not 100 percent clear that’s the case. However, ground zero has been traced to a “wet market” in Wuhan, where live animals are butchered on the spot.

“The presumption is that a human who was susceptible to that infection had a chance meeting with an animal that was infected. The problem is we don’t know which animal.”

It’s not clear if the first contact was from handling the animal, from contact with faeces or a cage, or from butchering it.

Bats are a likely source, with the virus very closely linked to a bat virus

One thought is because bats fly, their core body temperature each day can go up to 40 – 41 degrees.

“So that’s effectively what we do when we’ve got a fever. If you then take a virus that’s adapted to live in bats, when you have a fever … if that virus came from a bat then the thought is, actually it doesn’t mind that, it will continue to grow.” The body’s normal defences, like a rising temperature, in the short term don’t stop the virus replicating.

Another possibility is that our immunity mechanisms don’t work against viruses that thrive in bats.

“Generally you want to keep your distance from wild animals – for many reasons,” says Hayman.