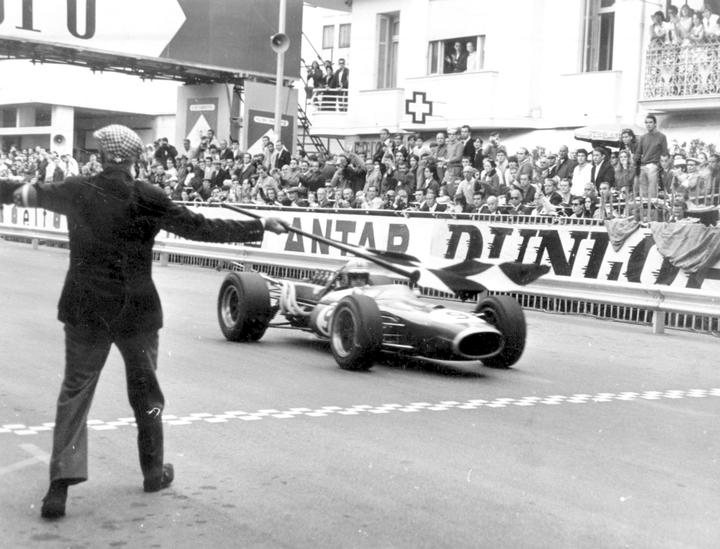 The Hollywood blockbuster Ford v Ferrari is a “based on a true story” tale about what is probably the most controversial motorsport race in history – the 1966 Le Mans 24 hour endurance race.

It features Christian Bale as the difficult but brilliant British mechanic and driver Ken Miles, and Matt Damon as Carroll Shelby, the former World War II ace and boss of the Ford-backed company Shelby American. Together they wrest the Le Mans title from Ferrari in a victory for the American company Ford over Italy’s Ferrari.

But it’s a car race movie that cuts corners.

The Listener’s books and culture editor Russell Baillie went to see it knowing he’d be interviewing director James Mangold afterwards. So he asked him a tricky question – why, in a race where New Zealand motor sport superheroes dominated, were their roles boiled down to barely a flash on the screen?

Mangold accused him of being “nationalistic” about it, but Baillie had concerns about where the film was putting its emphasis, “and yeah, a bit of damaged pride on behalf of people who have a lot of respect for those three guys from New Zealand motorsports”.

The three were Bruce McLaren and Chris Amon, who were in the first-placed Ford GT40, and Denny Hulme who co-drove the second placed car with Ken Miles.

They were the golden performers of the era, the “spitfire pilots of the 50s and 60s” as one documentary puts it. But Mangold told Baillie he just couldn’t focus the movie on so many characters, so he narrowed in on Miles and Shelby.

“I get that, you have to tell the story and have a dramatic arc and all those kind of things,” he says. “But at the same time you sort of think, well, the guys who actually won the race – or who were declared the winners – wouldn’t mind meeting them. Denny Hulme who drove the other 12 hours in the same car – wouldn’t mind seeing him.”

It’s not the only liberty the film takes with history but it might be the one that irks Kiwi petrol-heads the most.

Baillie says he’s not festering about the shortcomings of the film as seen by New Zealand eyes, and won’t be starting any online petitions. He just thinks if you’re going to see the movie, which starts with the words “Based on a True Story”, you should know what the true story really is.

“I accept the fact that you can dramatise a true story,” he says. “But you shouldn’t complain if people complain about it.”