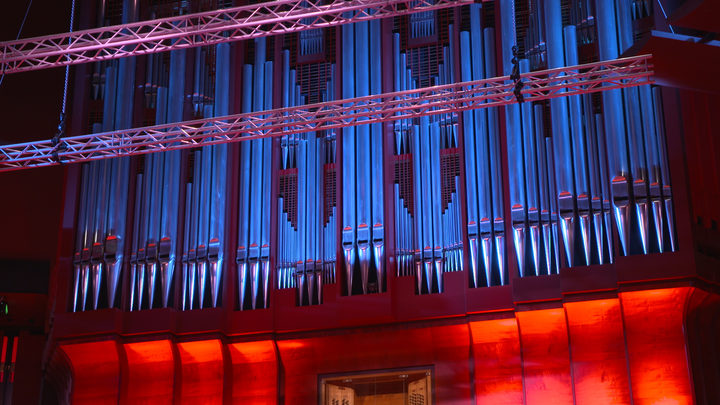 Its more than eight years since the Christchurch earthquakes destroyed hundreds of buildings, leaving the city centre broken, empty and silent.

Forty billion dollars has been poured into rebuilding it and the sounds of a vibrant city are returning.

Now, it’s at a tipping point.

Like many western cities its population is ageing, it’s suffering from a lack of confidence, and it needs tens of thousands more workers over the next 15 years.

Joanna Norris, the chief executive of the economic development agency, ChristchurchNZ, is leading the charge to promote the city, attract more investment and more people.

Most of the key civic buildings like the Town Hall and the library have been repaired or rebuilt and it’s time to fill the city with more people and businesses, she says.

But the city and its people need to act now, she says, or it risks going backwards.

"This is not a crisis by any means - this is just an opportunity to contribute more significantly to the national economy."

In a recent report ChristchurchNZ says the city needs to ramp up efforts to attract and retain people - it estimates it needs 100,000 more residents in the next 10 years.

The agency is pushing the key areas for growing the economy called Supernodes - food and fibre, health technology and resilience, aerospace and future transport.

But the report also points to “key risks to growing prosperity” including lack of awareness and confidence in opportunities and dependence on industries vulnerable to long term disruption such as agriculture and tourism.

Norris says the city needs to “activate and stimulate”, and make sure it has the population base for sustained investment, with a different type of economy.

“We’re New Zealand’s second largest city, and it’s time for us to act like that, and for us to be viewed like that.”

Now it has an advantage that other cities struggling with sudden growth don’t have – 50 years worth of new infrastructure built fit for purpose in the last eight years.

Norris, the former Christchurch Press editor, takes The Detail's Sharon Brettkelly on a tour of the CBD in today’s episode of The Detail.