Why councils are asking for a fireworks ban 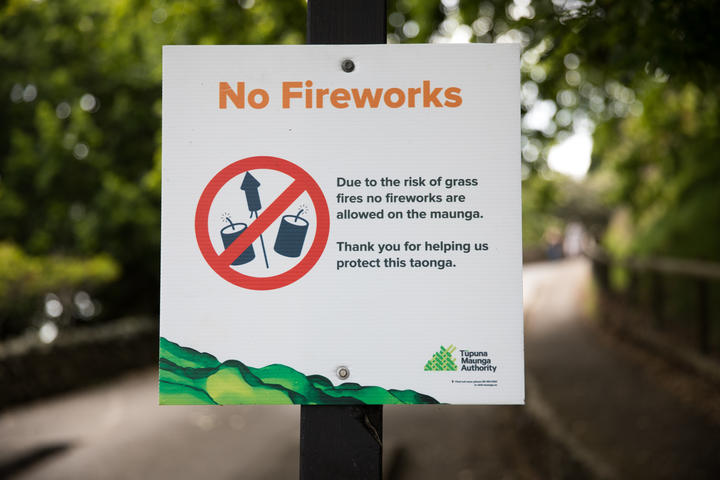 Many New Zealanders have fond memories of backyard fireworks – the colours, the lights, and the occasional satisfying bang.

But many of us also had disturbed sleep, children kept awake, terrified animals, and in the words of Prime Minister Jacinda Ardern, loud explosions that sound like a warzone.

Guy Fawkes isn’t Fire and Emergency New Zealand’s favourite day either, and every year the service responds to dozens of callouts when things go wrong.

This year was particularly bad. Among the fireworks-related blazes was a massive forest fire at Lake Hawea near Wanaka, which threatened homes and needed helicopters to put it out. There were also fires on two Auckland maunga because people flouted bans and lit fireworks there anyway.  Because of that, all Auckland maunga will be closed to the public over the Guy Fawkes period next year; if people won’t follow the rules, the Tūpuna Maunga Authority says they have to be kept away.

The fires at the maunga are one reason that the calls to ban private sales of fireworks are louder this year, alongside the ever-present animal welfare concerns and the risk to peoples’ safety.

Three petitions, one with over 25,000 signatures, are currently being considered by a select committee at Parliament.

Auckland councillors Cathy Casey and Efeso Collins went to Wellington and stated their case, on behalf of the city’s council.

“If people can’t obey the rules – and they can’t – then nanny state must prevail,” says Casey.

While people only have four days to buy them, Casey says the trouble is, the season is all year round now as people stockpile crackers – you’ve got four days to buy fireworks but they’re saved for other occasions.

“And Auckland is a huge place. We cannot cope with this.”

Dr Louise Humpage, an associate professor in sociology at the University of Auckland, didn’t go to Wellington but has high hopes that the select committee will recommend a ban.

She was so irked by being kept awake for nights in a row, that she penned an open letter to the Prime Minister.

“Guy Fawkes night was a very long night for me,” she says – she spent most of the night comforting her dog.

Since she couldn’t sleep because of the noise she did some research on the subject.

She says fireworks are obviously dangerous – there have been 4000 ACC claims over them in the last decade; but the chemicals in them are also damaging to the environment and don’t all explode and dissipate in the air.

“The smoke and various pollutants can stick around in the waterways if they get into the waterways,” she says. “If a dog or other animal ingests some of this stuff it might kill them later on.”

Humpage also points out that if people lie awake all night and don’t cope well with sleeplessness that can strain relationships, and productivity diminishes as people turn into zombies.

“This just doesn’t happen one night – it can go on at least two or three weeks,” she says. “I was lying there contemplating how my life was shortening!”

The other reason she wants a ban is that there is growing evidence that people no longer want fireworks sold.

The select committee will make a recommendation to Parliament based on the evidence heard at submissions.

But with the minister in charge of fireworks rules, David Parker, seemingly fine with how things are, the sale of fireworks looks safe for another year.