Impeachment moves against a president not above the law 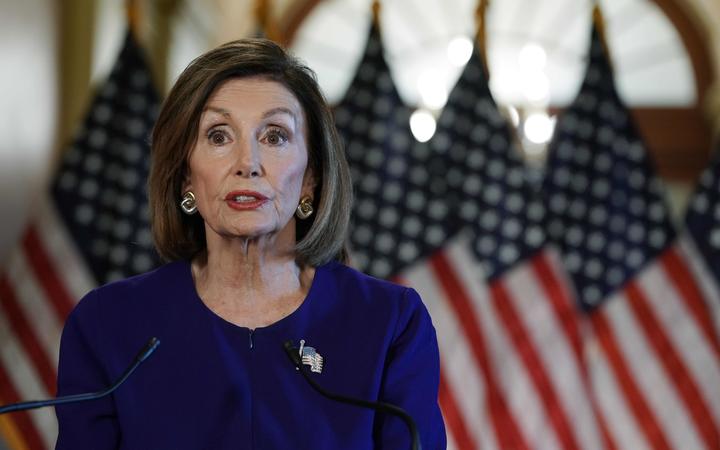 “The President must be held accountable. No one is above the law.”

US Senate Speaker Nancy Pelosi made the announcement three weeks ago that political pundits have been waiting for since Donald Trump took the presidential oath of office.

“Illegal, invalid and unconstitutional,” responded Trump, calling it ‘the most destructive witch hunt of all time’.

At the centre of the scandal is a phone call that Trump made in July to the new Ukrainian president Volodymyr Zelensky. There’s a rough transcript released by the White House itself showing Trump urged him to work with the president’s personal lawyer to dig up dirt on Democratic rival Joe Biden’s son. If he did, the inference was that Zelensky would get the Javelin Missiles he’d been asking for.

While a whistle-blower drew it to the world’s attention, this wasn’t a private conversation.

Yale law professor Harold Hongju Koh, who worked for 10 years as a legal advisor to the US government, says probably 20 people were listening – and they were all alarmed.

“Some people were so alarmed that they immediately tried to put the conversation onto a super-classified server. That’s a measure of how worried they were about what they were hearing. You know …. the President’s committing a crime.”

Koh himself read hundreds of transcripts during his seven years in the State Department between US presidents and foreign leaders.

“Those calls are entirely pleasantries, nothing important is ever really discussed. But the idea of asking someone ‘I’d like you to get some dirt on my political opponent to influence the election with foreign information’ would be so shocking that if I heard it I would do a whistle-blower complaint myself,” he told Sharon Brettkelly on The Detail.

He says Trump is notorious for saying whatever comes to his mind, and this is clearly uppermost in his mind.

“It couldn’t be more shady or bizarre.”

Koh has worked for Democrats and Republicans and says he has never thought the people he was working with or for were either violating the law or oblivious to the law … “but we’re living in a different world here”.

“The president seems to have very little or no respect for the rule of law and is openly contemptuous … and also reads the Constitution as giving himself unlimited power – which is not true.”

Koh says the whistle-blower has put his career, and possibly his physical safety at risk here. An Act exists precisely designed for this situation that should protect him, but Trump is demanding to know who it is.

“I’m sure the whistle-blower was, and is, extremely afraid. But they took a very bold step.

“In Trump calling for the identity of the whistle-blower, he is by his very nature showing he doesn’t understand what the Act is for.

“But at this point the whistle-blower complaint, which has been entirely verified by other information, is pretty much superceded. We now have a transcript that came out of Trump’s own mouth, which he has authenticated, which is exactly what the whistle-blower reported.”