Sophie Pascoe is the Michael Phelps of paralympians 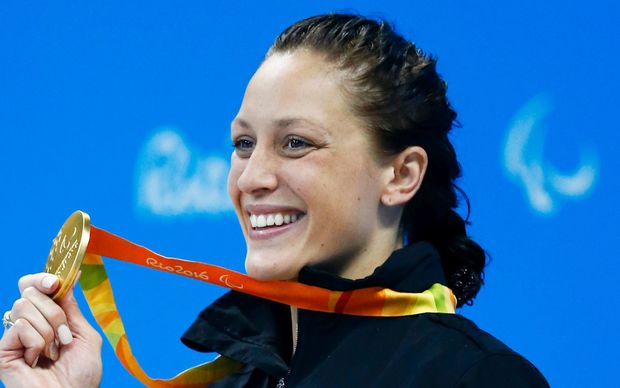 This week the Christchurch-born 26-year-old won four gold medals in as many events, at the world para swimming championships in London.

The haul adds to her already-impressive collection. At 26, with her nine gold medals, six silver medals and several world records, she is New Zealand’s most decorated Paralympian.

And as she prepares for her fourth Paralympic Games, the sport world is wondering what records the poster child for Paralympic success will knock out next.

At this stage, Pascoe is training to beat records previously set by herself.

“They set very high standards, very high goals for themselves,” he says.

“Both Sophie and Roly (Crichton, Pascoe’s long time coach) would lose interest if they were just going out there to win.

“They need to be getting better all the time.” 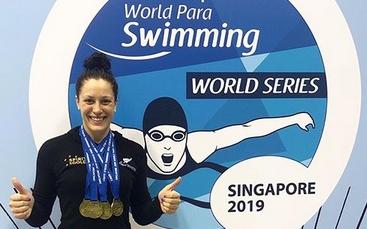 Ashby was introduced to Pascoe when she was 13 years old, preparing for her first Paralympic Games.

He says Crichton and former para swimmer and Christchurch city councillor Graham Condon were the ones to discover her.

“In combination [they] were going on about this remarkable talent they had discovered.”

“With her disability, your conventional sports, netball, basketball were probably a little bit difficult.

“But throw her in the water and this little girl could swim like a fish, out-swim able-bodied kids.”

Pascoe lost her leg below the knee at two years old, when she was accidentally run over by her father on a ride-on lawnmower.

But the prevailing story of Sophie Pascoe is not her disability, but her ever-increasing medal count and the sky-high standards she sets for herself.

Fiona Allan, CEO of Paralympics New Zealand says Pascoe is the perfect role model for young people – both with and without disabilities.

“Her success and her determination and absolute desire to win and succeed not only for her but for the country.

“It shone through at such a young age - you almost forgot she was a 15-year-old schoolgirl -and we’ve continued to see that.”

Despite being the best, Pascoe still has goals in the pool.

Ashby remembers seeing the swimmer preparing for her first games in Beijing at the New Zealand National Swimming trials.

“You can’t just rock up to the national, able-bodied swim champs.

“You have to post a qualifying time and there she was racing against able-bodied swimmers; she had qualified on their level, on their terms.”

Ashby says proving to herself and the rest of the country that her disability does not hold her back is a driving force for Pascoe.