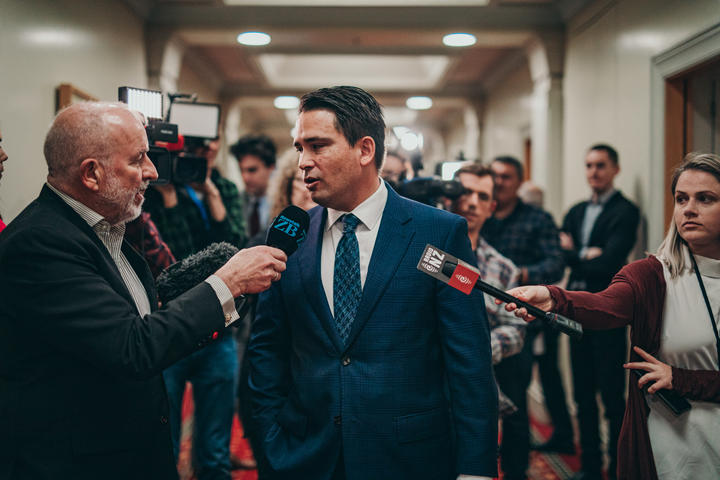 The term ‘post-truth’ shot to popularity in 2016, hot on the heels of the particularly divisive campaigns of Donald Trump and Brexiteers.

Such was its rise to fame that ‘post-truth’ took out Oxford Dictionary’s word of the year, that year – and is now formally defined as: “relating to or denoting circumstances in which objective facts are less influential in shaping public opinion than appeals to emotion and personal belief”.

And nowhere is ‘post-truth’ more visible than in politics – where ‘fake news’ and ‘alternative facts’ have become part of industry language.

“It’s not a new concept, really,” says Sam Sachdeva, political editor for Newsroom.co.nz, who acknowledges that the ‘spin-doctoring’ of past decades “bears similarities” to the post-truth world of today.

“For time immemorial politicians have tried to tug on the heartstrings of voters - or in a negative sense, through fear and scaremongering. This is a standard tool in the toolbox.”

The difference now, he says, is that politicians embracing post-truth speech are targeting emotions directly.

“In the past, political disagreement or spin might be putting different sets of facts against each other, as opposed to post-truth politics [where] I think the idea is facts aren’t necessarily as important as they used to be.”

One example he cites is National Party leader Simon Bridges’ opposition to a proposed policy costing office; specifically, his claim that such an office would ‘screw the scrum’ in favour of the Government.

Sachdeva also cites Bridges’ rhetoric around the ‘part-time Prime Minister’ phrase, coined as she  undertook an official visit to Tokelau, and his repeated referrals to ‘gangs, crims and extremists’ while discussing firearm law changes, as examples of post-truth speech.

However, he says post-truth is a tool being used by the Government too.

“If you look at the wellbeing budget and what was in there, was it really that different from an ordinary budget that a government puts out? Every budget is focused on the wellbeing of New Zealanders – that’s why Governments are here.

“This idea that, ‘This is a wellbeing budget, ergo the budgets of the past somehow weren’t focused on the wellbeing of New Zealanders’, I do struggle with.

“I guess the question some people raise is, with the rise of social media, this eroding trust in politicians from the public, and the ability to amplify misinformation, or simplistic soundbites, or key phrases that you want to get out – being able to do that through Facebook, Twitter, or other mediums – has that made it worse?

“People live in these echo chambers and if you want to, you can kind of stay in a closed circuit where you’re just hearing the same messages that you put out, repeated back at you.”

While some suggest fact-checking is the key to avoiding untruths in the news cycles, Sachdeva says a better option is just to try and understand all the sides of an issue.

“I think the best thing we can do is keep our minds open and really cast about for as wide a range of perspectives on issues as we can, rather than getting cloistered in these echo chambers…

“If there’s this ability to actually listen to the other side to whatever side you’re on, and understand where the arguments they’re making come from, then that should help you to divine where the ‘truth’ is on any particular issue.”