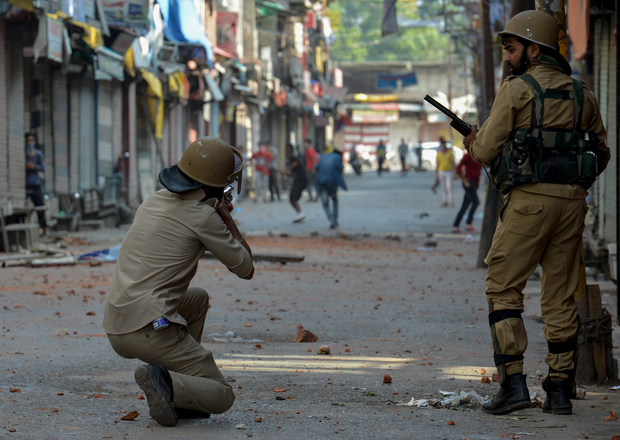 She followed her husband here as he embarked on his studies. They fell in love with New Zealand and decided this was where they would like to raise a family.

But Nakash says she’s been dreaming of her mother every night. She hasn’t spoken to her family in a month.

On August 4, her mother told her something bad was coming. The next day, all phone lines and mobile networks in the region were cut.

It’s the latest development in the torrid history of the region.

Kashmir is divided among three countries – India, Pakistan and China. 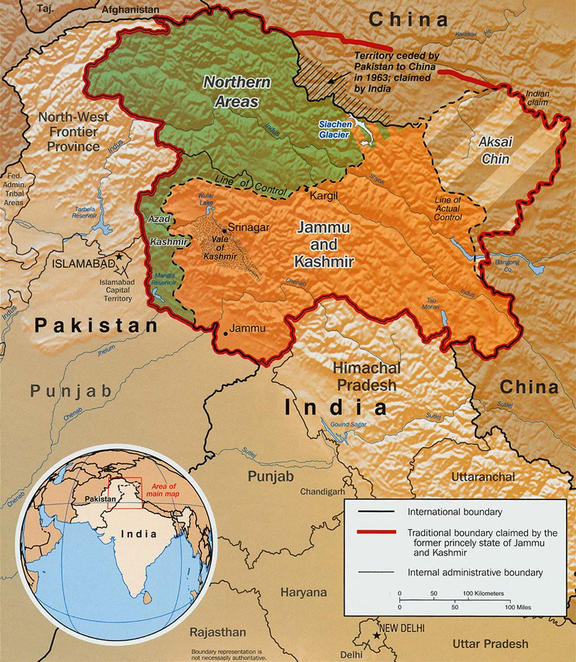 After Britain granted independence to both India and Pakistan in 1947,  war broke out over the Kashmir region which lay between them. Millions were killed in that, and in two subsequent wars in 1965 and 1999.

In 1948 a boundary line was established, and Kashmir was allowed to operate with its own state government, its own leaders, and under its own flag.

Article 370 granted India-administered Kashmir a degree of autonomy. Last month, that article was dismantled by the Indian Government.

It happened in three stages – the history is detailed in our podcast today.

In June 2018 India’s nationalist Bharatiya Janata Party (BJP) pulled out of a coalition government, leaving the leading Kashmiri political party in the lurch, without a majority.

This left the governor – part of India’s administration, in charge.

Next, the governor called for fresh elections despite the Kashmiri Chief Minister having found enough allies to continue governing.

And finally, the elections were delayed long enough for India’s Prime Minister, Narendra Modi to revoke Article 370, without having to consult the State Assembly.

Then phone lines were cut, and people of influence were rounded up in droves and detained.

Nakash remembers Kashmir as a place of contrast. Nestled among snow-capped mountains, she remembers a few picnics, horse riding and idyllic landscapes. 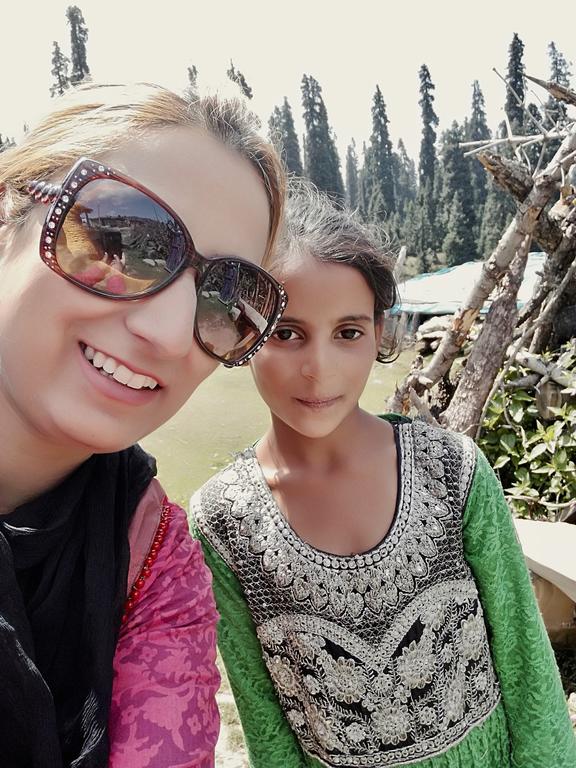 She also remembers barbed wire. She remembers wondering if the man stationed at the army bunker near her home would one day shoot her.

“When I grew up, the rise of the (local) militant arm against the Indian Armed forces started.

“They would come into our homes and they would take our men away for what they call parades.”

Nakash says men would be made to parade in front of a big army van with an informant who would point out members of the militancy.

“In one of those parades I remember my dad and uncles were taken.”

Nakash recalls her aunt draping a scarf over her teenage male cousin’s head and hiding him among the women.

“He wasn’t very masculine looking yet, he only had a little moustache –this army man spotted him and yelled at him to join the crowd.

“I still remember my aunty falling to the ground and saying, I only have one son, please don’t take him.

“It was highly likely they’d beat him up and jail him.”

There are provisions under the Armed Forces Special Powers Act which allow the army to act without warrants.

“They’ve killed innocent people who aren’t part of the militancy; no arms, not harbouring anyone.”

Nakash has signed a letter addressed to the New Zealand Prime Minister and Deputy Prime Minister, calling for government intervention at the United Nations.

She says the UN has recognised the humanitarian crisis.

“Nobody’s saying anything, when there are whole lists of massacres.

“And every time the Indian government has got away with it.”

Nakash says people in Palmerston North ask her how she felt when she moved to New Zealand.

“I felt free, I have freedom to say things,” she says.

“I have the freedom to say how I feel without fear. But in Kashmir if I talk about something I could be jailed for it. “