Local body boredom - why every council election is a fizzer 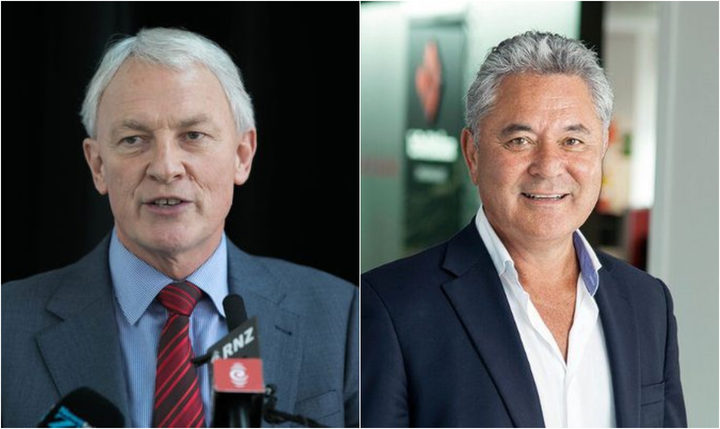 Phil Goff has some competition in Auckland in the shape of John Tamihere Photo: RNZ / Supplied

It’s election season again …. Where local councils, health boards and licencing trusts are up for a change of personnel. But were it not for the billboards popping up ahead of the October 12 vote, it would be easy to miss – and the vast majority of New Zealanders do give it a miss.

Local body elections are the Cinderella elections. It’s the less-sexy, never really very intense, second tier of government.  Nationwide in the last elections, in 2016, the turnout was miserable, at just 42 percent. In Auckland it was just 38.5 percent.

Yet the work of councils is reflected in everyone’s daily life. From the moment you step out of your door, past the mown or not mown berms; up a cracked and crumbling or smoothly sealed footpath; onto a convenient bus or a train that’s again been cancelled. Council priorities decide which areas get libraries, swimming pools, parks, free events for children, vibrant cities, works of art, museums and so much more. The typical level involvement could be described as white, wealthy and old – even though the issues involve the future health and welfare of every resident.

“With central politics … you have politicians who people feel strongly for and against. There’s usually big policy ideas to do with taxation or school or health. Often that’s not there with local politics,” he says.

But places like Auckland have enormous transport issues and decisions to make on major public projects.

“Even in Auckland people are starting to get the idea that it is their council that can fix it. Wellington for example, the big schmozzle with the bus network when the council there tried to overhaul it, I think illustrates to people that the councils are doing things that impact them.”

Niall also says people generally think that councils are doing ok – until the rates bill turns up. “Despite the fact that they haven’t taken much notice about budgets, people might get upset about their own rates bill. That is the problem. There are lots of opportunities for people to take part in decisions with local bodies, but people chose not to. They prefer to get grumpy when it all goes wrong.”

Niall says voter numbers are particularly low among young people – many of whom have never posted a letter let alone a ballot paper. However a lot of the big issues to do with local amenities and public transport affect them – the students, the renters, those in lower socio-economic areas and the first home buyers.

“That’s a challenge that local bodies haven’t come to grips with,” he says.

Climate change, the environment, air and water quality are all issues younger people are engaged with, and Niall says it’s an opportunity to get them more involved.

“It’s down to the councils and the politicians to convince people that getting involved is a way to make a difference – and it is – environmental management is done by local bodies.  Issues to do with public transport are basically decided by local bodies … maybe these issues will help get those groups connected.”

Ballot papers will be out in late September and voting closes 12pm on October 12.