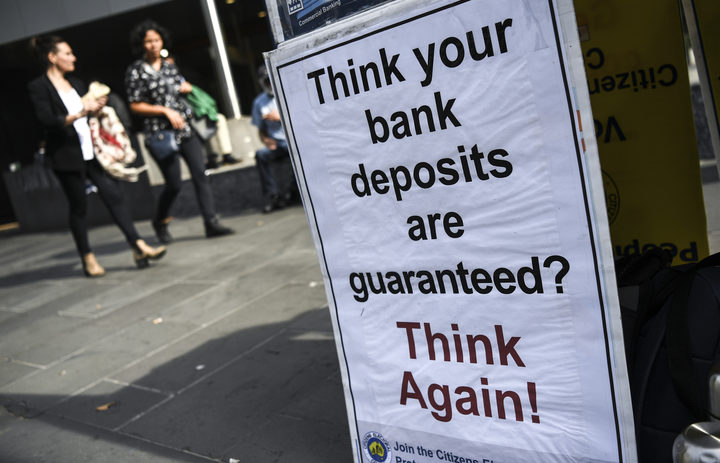 A placard outside the Australian royal commission set up in February to investigate claims of misconduct in the banking sector. Photo: AFP

Lately things seem to have accelerated - the ANZ's been under fire for a series of mis-steps, Westpac's been caught out treating a customer badly, and there's been chat about turning the microscope on the whole lot of them, especially the four big Australian-owned banks, ANZ, ASB, BNZ and Westpac.

Newsroom.co.nz's business editor Nikki Mandow has been writing for years about banks behaving badly. She says its time the government brought in tougher regulations to ensure customers get better treatment.

"Banks are there to make money. Even in the world of banking our banks are very successful. They make a lot of money. The four big Australian banks make $2 billion in profit in New Zealand every year. And you're not a banker if you're out to be socially responsible." 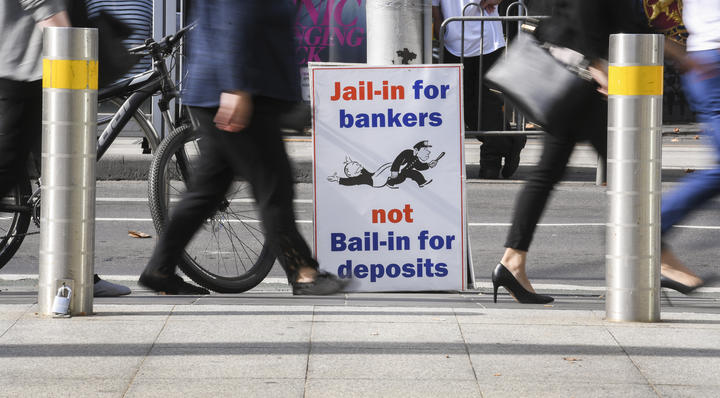 Customers shouldn't put up with it - they should switch banks, she says. The trouble is, it can be costly and complicated.

Mandow's stories of banks behaving badly include the long-running Ross Asset Management saga. The former head of the firm, David Ross, was  jailed for 10 years after he defrauded more than 700 clients of more than $115 million they'd invested with him. It is New Zealand's largest Ponzi scheme, and in the latest development investors are taking legal action against the ANZ bank for negligence in managing Ross Asset Management bank accounts.

"I think it could be a case of the ANZ bank putting the interests of themselves - i.e. this guy (David Ross) was a really good customer of theirs, they were making money out of this customer - and they put that over the interests of the people who were losing money, they just didn't think about it."

Mandow thinks the bank was incompetent. She says it’s one of a number of cases of banks overcharging or ripping off customers. 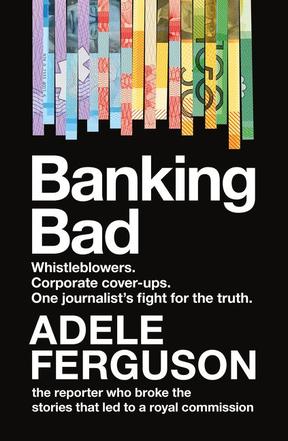 So far, an Australian-style Royal Commission into the industry has been ruled out in New Zealand, but Australian investigative journalist Adele Ferguson last week told RNZ's Nine to Noon that it wouldn't hurt.

"It stands to reason if you have big four banks and the culture in Australia that has had serious issues that warranted a Royal Commission - and trust me getting that Royal Commission did not come easy. It was many years of scandals building upon scandals and it was thanks to whistle-blowers.

"If you've got these scandals going on in the big banks in Australia and they've got subsidiaries in New Zealand it’s hard to not draw a connection that there are similarities," she said.

Mandow says there are better and cheaper ways to pull banks into line. She believes that should include tougher banking regulations and new ways of making it easier for customers to switch banks, similar to changing electricity or phone accounts.

"If the government could make it miles easier for people to switch then there would be a lot more competition in the market.

"If significant numbers of people moved a little bit of their banking – it’s called splitting - to the smaller banks, it would make a huge difference, and the big banks would have to start paying attention."