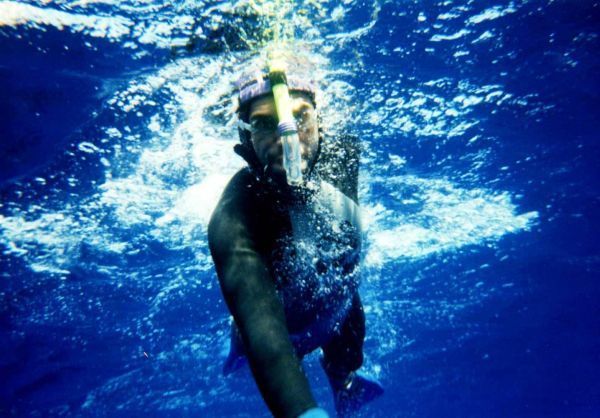 The story shocked the world.

An international team of researchers at the uninhabited Henderson Island in the Pacific, in the Pitcairn group of islands, stumbled on a shameful secret.

The island, just about the most remote on earth, is covered in rubbish – most of it plastic.

The researchers calculated that 17 tonnes of litter, washed or dumped into rivers or oceans, has floated there over decades.

UNESCO describes Henderson as a near pristine island ecosystem of immense value for science, but scientists now go there to measure the rubbish.

Stuff investigative reporter Andrea Vance and photojournalist Iain McGregor went there in June to document a clean-up expedition. It was an adventure just to get there, with their plane being struck by lightning; the six day journey involving two flights, a ferry, a supply vessel and a sailing trip. But once they finally landed on the island they became stranded – the weather contributing to the capsize of their returning raft. They had a very uncomfortable and cold 24 hours without proper clothing, food or much water. “We were fine, but it wasn’t a great start,” Vance told The Detail’s Sharon Brettkelly.

The Stuff team stayed for the 11-day expedition, through 151 hours of hiking and 351 hours of gruelling – and ultimately futile – collecting of six tonnes of rubbish from this classic paradise island surrounded by turquoise water. 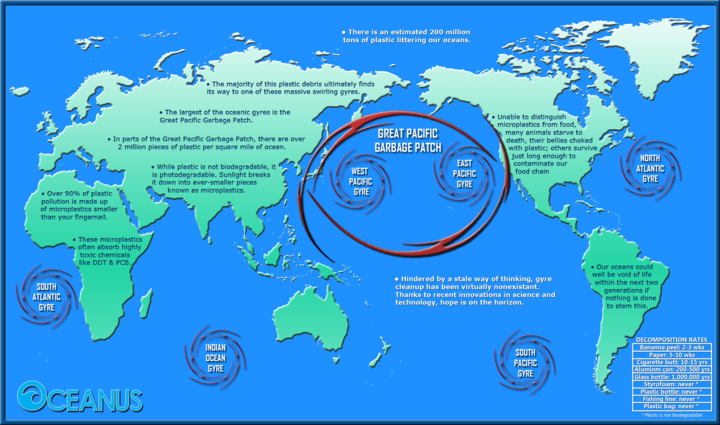 Every few steps on the beach they found “rainbow confetti” … instead of shells scattered along the shoreline, it was plastic. “It’s absolutely horrifying,” says Vance.

“The sand is bleached white and then you’ve got greens and reds and yellows,” she says.

“Henderson Island is in a unique position. It’s in the centre of the South Pacific gyre, which is this enormous rotating current ... it almost acts like a plughole. Henderson, at the centre of it, ends up with all the rubbish circulating there making its way over the reef and onto the beaches. Because no one’s ever there to pick it up, it’s accumulated, they think probably from around about the 1990s. Then it breaks into tiny little pieces and is now in the sand as well, and in the sediment of the islands.” About 65 to 70 percent of plastic on the beach is buried.

Vance found a whisky bottle from Scotland … rubbish from the United States and Korea … a boot from the Netherlands. About 60 percent was industrial fishing gear, a lot of it, rope. The sea, the salt and UV has disintegrated much of it.

Vance says two of the scientists they travelled with were looking at the subsequent danger to sea life and birds. A lot of the plastic ends up in the stomachs of creatures.

She says crabs are attracted to the big plastic containers on the beach and they crawl in, make themselves a home in there, and can’t get out. “In the hot sun they starve to death – but the smell of the crabs then attracts other crabs who arrive … so you’re finding these containers full of dead crabs.

“It was a very real, in your face example of what we’re doing to the planet with all this plastic,” she says. 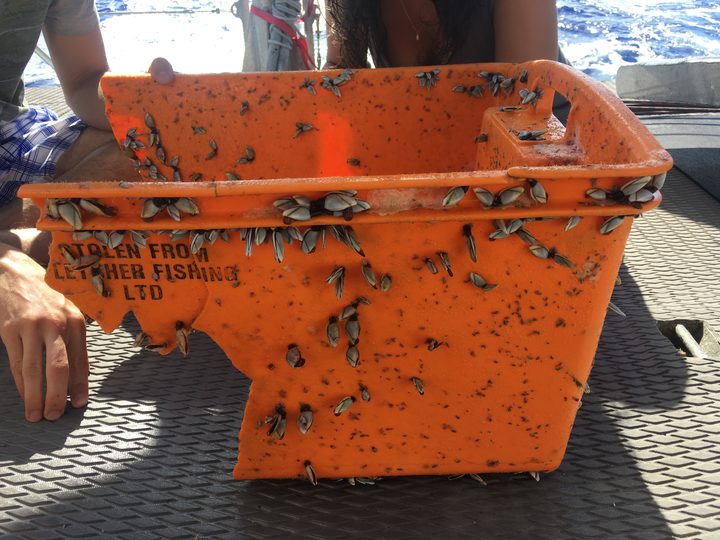 The team had to leave the rubbish on the island, but it’s hoped Pitcairn Islanders can remove it in the summer. It will likely be shipped to Costa Rica where it can be mixed with concrete and used to build houses. But the large bulk of it will remain there – it’s so tiny it can’t be picked up.

Someone else who’s doing his bit to draw attention to this issue is Frenchman Ben Lecomte, who is swimming his way through the Great Pacific Garbage Patch.

He’s also spoken to Sharon Brettkelly, and you can hear his story in our podcast today.