Shoots of discontent in the Green Party 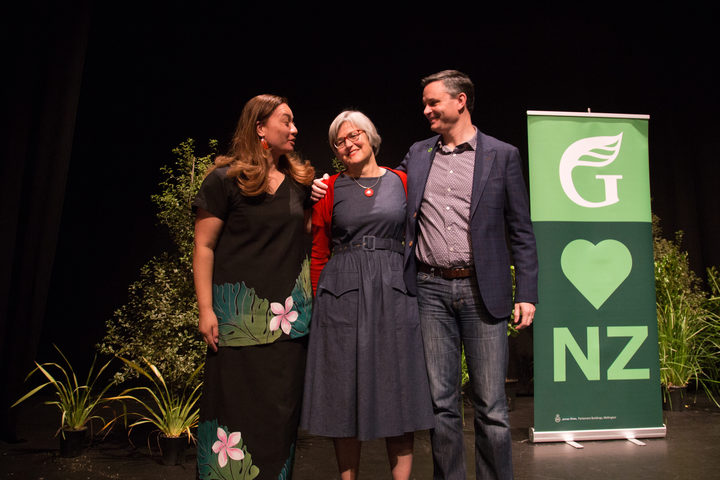 Further left, a little to the right, or straight down the centre?

The Green Party’s had a taste of real power now for almost two years. It’s claimed some wins, swallowed some dead rats, and has a seat at the table. But there are murmurings from the grass roots – and suggestions that with the suits and compromises has come too much buying into the company line.

Some members searching for radical social reform, or drastic action on climate change, are quietly slipping away.

They’re concerned about the “centrist drift” of the party, and the Greens’ willingness to stay “safe”.

This year the media were mostly barred from the party’s annual conference, except for the leaders’ speeches and the ‘World Café’. Co-leader James Shaw didn’t want the press to pounce on anything that might be ridiculed – the sort of kaftans and kumbaya image of previous times.

NZ Herald political reporter Jason Walls says the ban could be seen as a move by Shaw to shield the Greens' public image from the more fringe sides of the party – those who will get up in the middle of something and start a 1080 monologue for example.

But the conference was overshadowed by the resignation from the party of Jack McDonald, a rising star who said he was fed up with Shaw’s “inept” leadership, in particular the way he drafted budget responsibility rules that prevented some important investment in public infrastructure. He was also not happy at concessions given to the National Party on climate change. 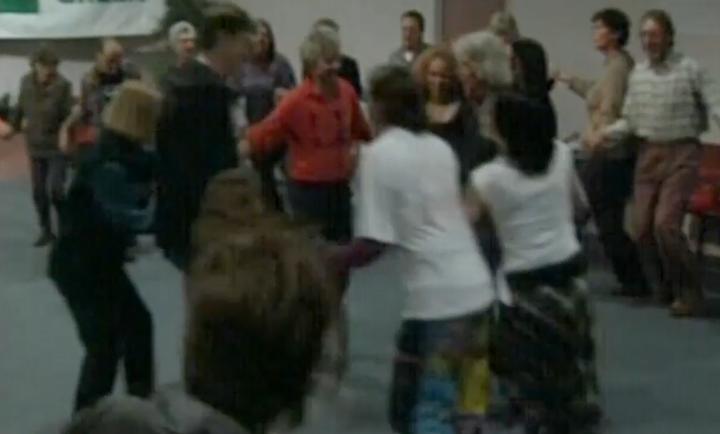 Newshub rolls out the morris dancing footage again - must be a Green party conference on. Photo: screenshot / Newshub at 6

Walls says you get the impression that a neglect of the Green Party’s roots is a widespread bugbear within the party.  There are suggestions they’re not moving fast enough, getting enough done, and are moving too close to the centre. But Walls also says that’s a bit unfair.

“It seems they just don’t understand MMP and politics itself – it’s about compromise. It’s about building consensus on issues to be able to move forward like the Greens have done.”

Walls says if you look at the list of achievements the Greens have brought to the table in government, it’s actually quite long and substantial – the Zero Carbon Bill, driven by Climate Change minister James Shaw; getting farmers into the Emissions Trading Scheme; the plastic bag ban; a big increase in Department of Conservation funding.

But one former high profile Green, Sue Bradford, has washed her hands of the party. She’s written a piece for Pundit talking about the greying of the Greens – not in an age way, but in terms of fading out. “In fact, the Greens have a real fetish about getting rid of older people and replacing them with younger people at every opportunity,” she says.

It’s about “not being at all radical, challenging, fundamentally getting up the nose of the establishment and constantly putting up new ideas and solutions that actually deal with the crises of our time,” she says.

But that’s the dilemma of being in the government.

Walls says previously they could have come out a lot stronger on issues. But being in power is about compromise. And as other small parties in power have discovered, the electorate is not very kind to them next time around.