Why businesses are lining up for the tick

It's a good time to be in the tick certification business in New Zealand - and now there's a new one: the Gender Tick. 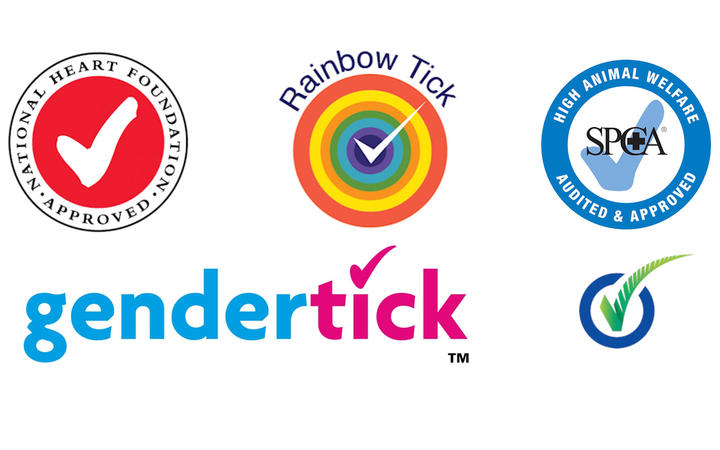 First, there was the Heart Foundation tick.

A small, red symbol slapped on the front of food products which informed customers, at a glance, which items were deemed healthy by the Heart Foundation.

It was quick, easy, and convenient for customers to make an informed choice, because somebody else had done all the consideration for them.

Today, these ticks are much more common. From the Green Tick acknowledging sustainability, the Blue Tick for animal welfare, the Rainbow Tick for the LGBTQI community, and the Accessibility Tick awarded to businesses which make their products and services available to those with disabilities – it seems a good time to be in the tick certification business in New Zealand.

There’s also the Gender Tick, which last month, was awarded to Kiwibank – making it the first bank to get it.

“We’d spent a fair amount of time believing that we were an inclusive organisation, but what we didn’t have was a fact base – something concrete that actually laid out for us, well, are we or aren’t we?

“Gender Tick seemed a really good place for us to start because we thought we were doing pretty well in gender equality, but we weren’t positive.”

George says the process of getting the tick also helped the company set goals towards reaching gender equality  - something she says goes well beyond having an even gender mix.

“It’s about ensuring we‘ve got equality from a pay perspective, but also at every level. When you take parental leave, do you get left behind, or does the organisation still continue to take you on that career journey? Whether you’re a man, or a woman, or whether you choose not to identify with any gender.”

George says getting the gender tick revealed areas which Kiwibank needs to do better in, for example, how it words job advertisements.

“Sometimes our policies have unconscious bias, either to females or to men, in the language we use.”

The process of getting the tick involved interviewing staff, analysing payroll data, and investigating the company’s policies and practices.

“It’s kind of interesting; what’s really surprised me is how much our people needed this, and how much they wanted this.

“We’ve had an enormous amount of feedback from our people about, ‘I didn’t know we were serious – and I didn’t know this is where we stood on things like pay.”