Do you need to be popular to win an election?

Low personal polling for National Party leader Simon Bridges doesn't necessarily mean that replacing him before the election is a sure thing. 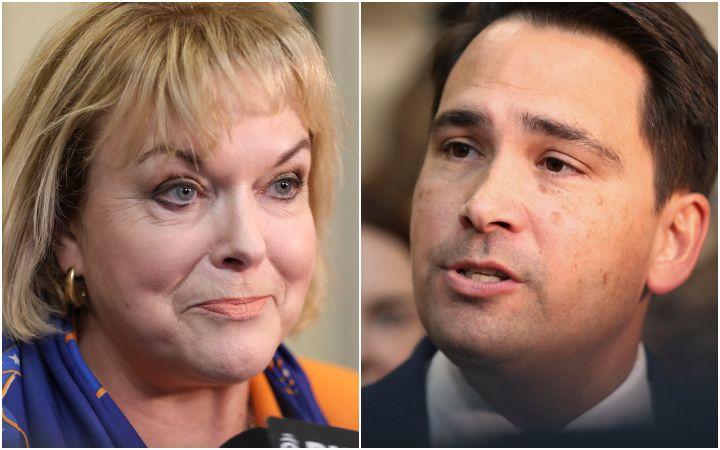 People don’t like him – and is no shortage of them telling him that.  Mr Bridges is polling in the low single digits in the preferred Prime Minister stakes. Looming over him is Judith Collins; threatening from the side is Air New Zealand boss Christopher Luxon, who is stepping down from the job at about the same time parties choose their candidates.

But that doesn’t necessarily mean it’s curtains for the MP for Tauranga. Depending on which poll you believe, National’s preferred party numbers are still right up there – around 44 percent, more than Labour.

Former Morning Report presenter and TVNZ political editor Guyon Espiner says Bridges had long been seen as the heir-apparent, and when he took over the position National was in a good position.

“I know he’s a popular whipping boy at the moment but he’s still held the party in the early to mid 40s by most of the polls,” he says. That given, media companies have retreated from polling so it’s harder to gauge than in the past. But Espiner says it’s not a bad position to be in, given the popularity of the current Prime Minister, Jacinda Ardern.

“If you look at it from the glass-half-full point of view of National, he’s done alright at holding them where he took over.”

Espiner says National could win with a leader who’s polling so low – and the numbers don’t matter that much. The famous example is Jim Bolger – never that popular, but he won three elections, in spite of being out-polled at times by Winston Peters, then a junior minister.

“We don’t vote for ‘who would you like to be the Prime Minister’,” he says.

The exception is when the tide is going out on a government and there’s a popular opposition leader – John Key for example, and then Jacinda Ardern.

“It’s an ugly number for Simon Bridges to be between four and five percent, but it’s not fatal for him,” he says.  Although he adds there are valid criticisms of his style.

RNZ’s political editor Jane Patterson says Bridges was elected amongst an acknowledgement really from his caucus that times are changing, and there are big issues including the likes of climate change and inequality in the housing market that a younger face would better represent.

“He did come with a history of being a very senior cabinet minister in the English and Key administrations, so he had that credibility of having been in the executive and seeing how things were run,” she says.

Bridges is no Ardern – but does he need to be?

Patterson says that’s an issue strategists are bending their heads around.

“Does he smile enough, does he smile too often, are we picking the right issues? Because of course now not with just mainstream media you have to have a good social media game as well.”

Those strategists are starting to say people aren’t warming to Mr Bridges, even though he’s very hard working.

“It comes back to that matter of personality and credibility, and when people look at him it’s always about, ‘can we see a future Prime Minister?’”

She says the public can however change their mind about someone – look at Helen Clark’s makeover.

“A lot of that comes too with the mana of the job,” she says.

“Once people see you as Prime Minister they see you glad-handling, they see you making big announcements, they see you steering the ship. Often that will shift people’s views and say ‘actually, they’re doing a pretty good job’.”