Iran - US tensions rising with no solution in sight

The escalating tension between the United States and Iran has seldom dipped from the headlines over recent months. 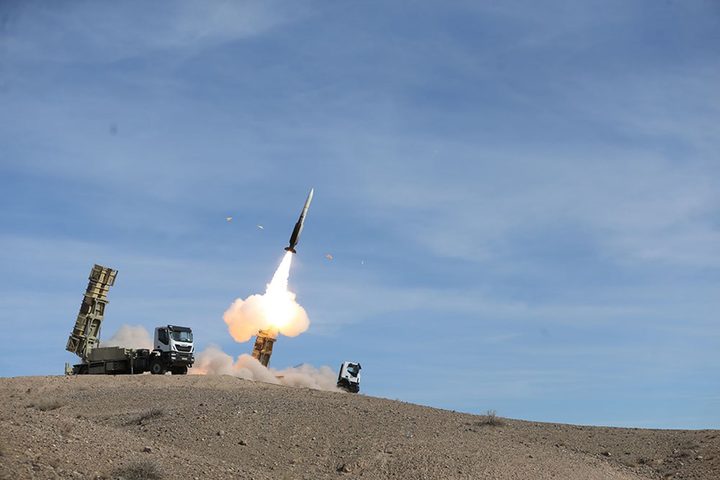 A handout picture made available by the Iranian Army office reportedly shows a Sayad missile fired from the Talash missile system during an air defence drill at an undisclosed location in Iran on November 5, 2018. Photo: AFP

An attack on an American drone, with Iran widely believed to be responsible, has sparked fresh fears of a large-scale conflict between the two countries.

Alex Ward, who covers national security for Vox in Washington DC,  says the animosity is nothing new.

“The tension comes down to, really, the US saying that Iran has plans in design to kill Americans in the Middle East, and on top of that may be seeking a nuclear weapon, and has been very nefarious in the region,” says Ward.

“Iran is unhappy with the sanctions that the US has placed on it in response to those actions.”

He says the United States’ decision to pull out of the Iran nuclear deal worsened the already bad relations between the two countries.

“The Trump administration decided to get out of that deal, and then Iran got even angrier at the US and at Trump specifically… and it’s really been about a year plus now that Iran has [been doing] anything it [can] to have the US change its mind.

“Part of the reason we’re seeing tensions is because Iran has resorted to violence to compel the US to get rid of those sanctions.”

Ward points to two separate attacks on oil tankers in May and June – the latter involving Japanese and Norwegian owned vessels – as examples of the escalating violence.

He says it seems likely that Iran is responsible for those attacks, due to the type of attack, and Iran’s aggressive control of the areas in question.

Another turning point was Iran’s taking down of an unmanned US drone.

Since then, a war of words has erupted between the two countries.

“Trump did not take too kindly to that – he then Tweeted, basically, that if Iran were to attack anything American… that the US would respond overwhelmingly, and perhaps obliterate parts of Iran.

“We’ve seen Trump use this playbook before. You may remember ‘fire and fury’ when it came to North Korea, so it’s possible that this is a bit of bluster. Bit it’s also the most violent rhetoric coming from the US.”

Ward says the current conflict between Iran and the US is moving faster than other disputes have.

“We went from John Bolton [the US National Security Advisor] saying, ‘hey, we have intelligence that Iran is threatening attacks on Americans’ in early May, to the president almost bombing Iran, fairly quickly … and that was probably within a month or so span.”

He says it’s unclear how the fast-moving conflict will be resolved.

“I worry that there’s not really an off-ramp here, that either side is willing to offer the other.

“It only seems like things are getting worse and I don’t believe it gets any better while Trump is president.”