The astonishing rise of AOC

New York Congresswoman Alexandria Ocasio-Cortez is sweeping through US politics like a hurricane. Her sharp use of social media means you've probably heard of her - so who is she? 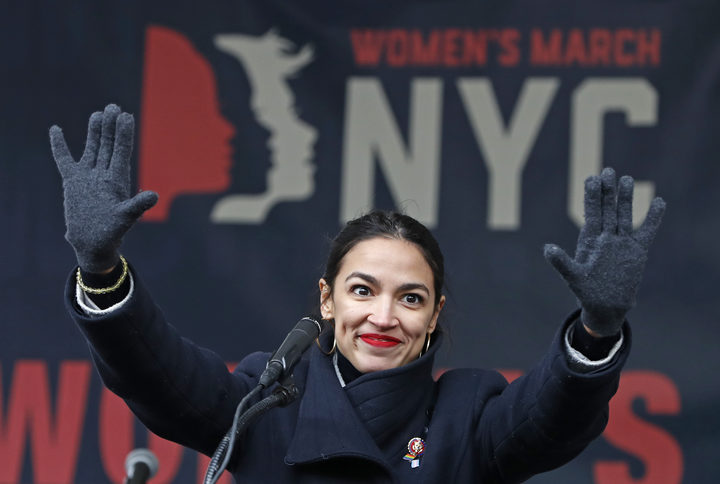 US politicians outside the Presidential race rarely make global headlines. Alexandria Ocasio-Cortez, better known by her initials AOC, is the exception.

The 29-year-old unseated a 10-term congressman who had a $1.6 million war chest - with door knocking, just $200,000 in funding and without corporate sponsors.

YouTube video of her sharp questioning over political corruption at the House Oversight Committee went viral; attempts to embarrass her by sharing a video of her dancing on a rooftop badly rebounded as she owned it; she's the subject of a Time magazine cover profile describing her as the second-most talked about politician in America; she's been "outed" as the most frugal of all New York's house members.

The former waitress had campaigned for liberal Bernie Sanders in the presidential elections.

US political correspondent Danielle McLaughlin says AOC was almost plucked out of nowhere.

“She came to run because she was recruited by a couple of pretty progressive groups that were looking to unseat incumbent democratic congress people, with the view of bringing in new people, women, people of colour, and injecting more progressive-style politics into the party.”

The groups, Justice Democrats and Brand-New Congress, had one goal - to recruit non-career politicians into the political space.

Their goal was to place ‘regular people with regular concerns’ in positions of political power to make different choices.

“Bernie Sanders has really inspired an enormous number of young Americans to see the world a little bit differently.

“By all accounts it was something she was terrified to do but did the brave thing, put her name forward and won a primary that not many people thought she could win.”

Her Democrat opponent, Joe Crowley, had not had a primary challenge in 14 years - he was so confident he didn't even turn up to one rally.

“She relied on a huge network of volunteers, she was out there every day, in community centres, in retirement homes, knocking on doors, pressing the flesh.

“She was a stark contrast to someone who was really part of the Democratic establishment.”

Her large social media following gives her a new kind of political cache.

“The largest voting block bubbling up, certainly for the 2020 presidential election, is going to be Generation Z and Millennials - they’re going to be 60 percent of the vote so she has an enormous amount of power.”

McLaughlin says the attacks on AOC’s character and her policies are transparent.

“This woman, she could be President - I don’t think there’s any question about that.”