How would legalising cannabis work in New Zealand?

If Chris Wilkins has his way, New Zealanders will vote yes to legalising recreational cannabis in next year's referendum and the money raised from sales would go to local communities: Sports and arts groups, and drug treatment programmes.

Dr Wilkins is an associate professor at Massey University, heading the drug research unit. He's been looking at the drug market, drug use and drug policy, for 20 years.

The government last week announced the details for the 2020 cannabis referendum. Voters will have a simple yes/no question based on draft legislation. 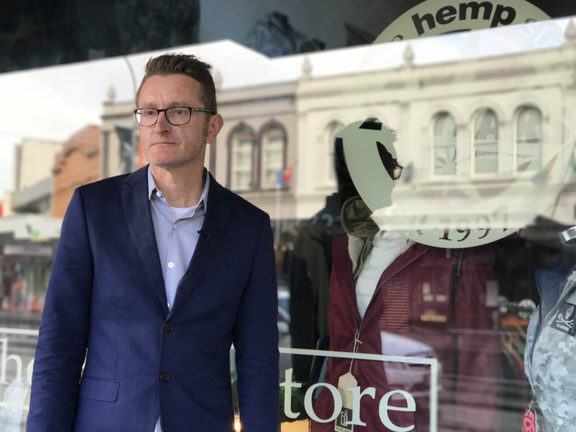 "Its a new wave of cannabis law reform and you can see it around the world. The United States, Canada, Uruguay and lots of other countries are having debates about how to better address the issue of cannabis use."

What's unique about New Zealand is that it will be decided by a national referendum. If the majority of voters say 'no' in the referendum that means the status quo and prohibition continues. 'Yes,' means legalisation.

The government has drawn up a framework for the draft legislation. Anyone wanting to buy or use cannabis will have to be at least 20, it will have to be smoked or consumed only at home or at special bars, only licensed stores will be allowed to sell it, and the levels of potency will be regulated. People will be able to grow their own but under strict rules.

People barely used or even knew about cannabis before the mid-1960s, Te Ara, the Encyclopedia of New Zealand says.

"The first significant smoking of the drug occurred among a few beats and jazz enthusiasts frequenting nightclubs and coffee lounges in Wellington and Auckland in the late 1950s and early 1960s. However, annual drug arrests did not reach 50 before 1964."

But things changed quickly after that and during the 1990s about 200,000 plants were seized each year, with the main areas of cultivation being in Northland, Bay of Plenty and Tasman.

By the 2000s, surveys showed about half of those aged 15-45 had tried the drug, about a fifth had used it in the last year and about 15% were current users.

The Ministry of Health's most recent 2017-2018 health survey shows that 11.9 percent of respondents had used cannabis that last year.

Dr Wilkins says the current prohibition laws do not work for many reasons, including a thriving black market - estimated to be worth hundreds of millions of dollars - the involvement of organised crime, and the effect of arrest and conviction.

Because its a crime it has stopped users from getting treatment and health services and there are also questions about the levels of pesticides, fungicides and fertilisers in cannabis in an unregulated market.

But Dr Wilkins does not support legalisation based on the sale of liquor model.

"The importance from now on is talking about the detail of what the regulatory regime is going to look like because it isn't just a binary choice between prohibition and an alcohol-style market.

"There are lots of different variations of a more controlled market, a more regulated market, a market that benefits communities and also takes care of vulnerable people."

He proposes a not-for-profit public health model where cannabis would be sold by philanthropic societies, local communities and where drug treatment facilities would benefit.

He says New Zealanders should look at Uruguay and Canada as legalisation models, rather than the United States.

Canada legalised cannabis on October 17 last year. Benedikt Fischer was in Vancouver with colleagues at the time.

"It was interesting how anti-climactic it was. We were sitting there and there was nothing discernibly different, no grandiose event, no smoke in the air because we had de facto legalisation for a long time already."

Dr Fischer, who worked with the Canadian government on the new legalisation framework, is now a professor at Auckland University's faculty of medical and health sciences, specialising in addiction research.

He says there have been some early hiccups in Canada, such as a shortage of supply and users resorting to mail order in Ontario because cannabis shops have not yet opened.

The first survey since legalisation showing a rise in users is no surprise, he says.

The National Cannabis Survey says about 5.3 million, 18 percent, of Canadians aged 15 years and older reported using cannabis in the last three months. This was higher than the 12-14 percent who reported using just one year earlier, before legalisation.

It is believed the increase is mainly due to a higher number of males and middle-aged users, while the number of women and younger users are unchanged.

But Dr Fischer says it is too soon to say whether legalisation is working. He gives it a 50% chance of success but believes it needs three to four years before the long-term health effects play out.

Meanwhile, the New Zealand Government will outline the draft legislation by the end of this year or early next year.

People will vote on the referendum at next year's general election.