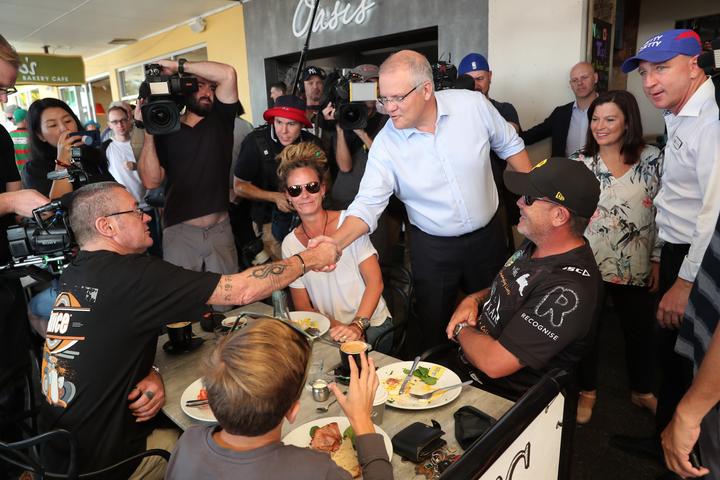 It’s been a turbulent 12 years in Australian politics – and with the federal elections just weeks away, the country could be in for yet another change of leadership.

The current prime minister, Liberal Scott Morrison, and Labor leader Bill Shorten, are well and truly on the campaign trail ahead of the 18 May polling day.

Kishor Napier-Raman is covering the elections for the Australian website Crikey and said it had been a cynical campaign so far.

“Scott Morrison is something of a compromise candidate between the warring right and moderate factions in that party room.”

“Despite Shorten not being particular popular, the Australian Labor party has had an election winning lead for quite some time.”

Napier-Raman said that lead in the polls had left the government on the back foot, as the more left-leaning Labor party drove the policy agenda.

“Labor has made a lot of bold promises on free childcare, raising the minimum wage, big healthcare spending promises and emissions targets,” he said.

“On the conservative side, you’ve heard a lot of talk about introducing tax cuts.”

Infighting and division among political parties of all persuasions has been central to Australian politics in recent memory – and the leadership shake ups have provided an endless run of fodder for the news cycle.

From the mid-1990s to 2007, Liberal John Howard held the Prime Ministership, but following that year’s election, the changes started coming thick and fast.

Since the 2007 election, five different people have held the top job – and this election could bring in number six.

“I think disengagement is at a record level,” he said.

“Last week we had two leadership debates – once upon a time these were put on prime time and were ratings bonanzas for the commercial TV channels.

“This time around, the first one was on various secondary channels and the second one was on pay TV on a Friday night.”

Napier-Raman adds that with the disengagement has come a rise in smaller parties, including the far-right One Nation party of Pauline Hanson, and United Australia, run by mining magnate Clive Palmer. He’s spent $50 million on advertising – but Napier-Raman said it was not quite clear why he wanted to get into politics.

Early voting is already underway - and in Australia, it's compulsory.