An Interview with Dr Bloomfield

New Zealand’s face of public health Ashley Bloomfield has revealed his relief that the decision to lockdown early saw the number of Covid-19 cases flatten.

The Director-General of Health told First Up the first 10 days of the level 4 lockdown in March were always expected to see a raise in cases, but the expectation was that after week two, if restrictions were being adhered to, there would be a steady decline. 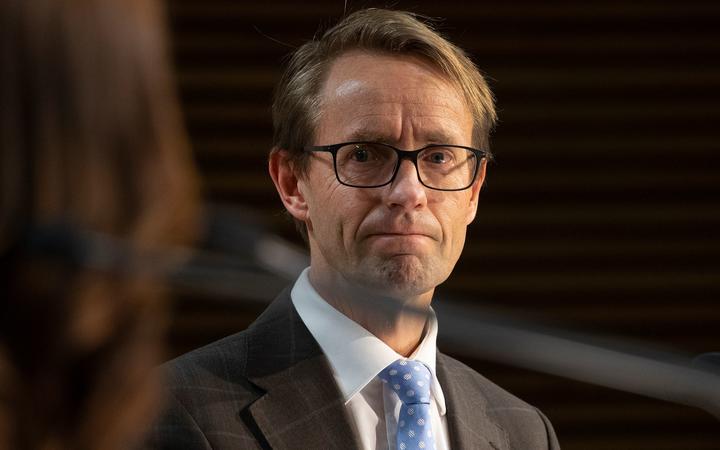 When the curve began to flatten it was a relief for the those within the health ministry, he says.

“It was a really good feeling because the lockdown was a big decision to make and we knew it would have an impact on New Zealanders and the economy, on jobs and many aspects of our society… So seeing the numbers start to come down… took great heart from that, that actually the sacrifice they were making was in a sense worth it.”

However, as the success of the lockdown became apparently, with cases being tracked down daily and chains of transmission broken, a zealous desire not to reverse those gains saw Bloomfield disagree with Government over the stringency of border restrictions.

“One of the things there’s been some publicity about was our views around making sure the border was really tight and when we first went into lockdown one of the first things I was concerned about was we still had a lot of people coming into the country and they were going into self-isolation,” he says.

“We subsequently put into place a system where they could go into supervised, managed isolation in Auckland, or in quarantine if they were symptomatic. It took a while to get that in place and again, one of the thoughts I had was we could just hold flights coming into the country until we had everything ready to do that.

“Now, the Government decided not to do that, and the Government had an expectation - and I think we’ve delivered on that expectation - that we would get that in place really quickly and we did. And then the border controls were a really key pillar of our overall response and success to date.”

With those border controls proving successful and the announcement of new Covid-19 cases a rarity this week, there has still been negative comments over the lockdown and suggestions it could have been avoided while still containing the virus.

Epidemiologist Brian Cox is on public record as saying New Zealand had no choice but to go into lockdown as its pandemic plan wasn’t up to scratch.

Bloomfield rejects the criticism, saying the pre-existing pandemic plan was good, but its sequences of action didn’t match the patterns of Covid-19 outbreaks.

He says the ministry looked at other countries that had gone down a similar route, only to become overwhelmed with cases.

It was the plan and staff members at the health department that gave Bloomfield confidence of effectively containing the virus. But he knew the capacity for contact tracing would be an issue and a challenge. Building that capacity was an essential element to making the plan work.

“We really had got a thorough pandemic plan and we had experience developing it of course, after the 2009 swine flu pandemic… It’s used across government and all government departments have had their own contribution to that plan. I thought we had a good plan and I know we’ve also got really good people working in our public health unit.

“I guess one of the things that came to mind was, if we really were heading into a big outbreak or pandemic, just being confident we had capacity in our public health units was one of the things have was top of mind for me and we started really early on to just check with them and see what their capability and capacity was around contact tracing and found that actually, we needed to ramp it up pretty quickly.”

He says another key was keeping an eye on as to what was happening around the world and acknowledging right at the early stages of the outbreak that the situation could escalate rapidly, which it did. Liaising with colleagues in Australia and Asian nations helped build up vital intelligence in its strategic battle against the illness.

Bloomfield has high praise for the diplomatic corps with the Department of foreign affairs, who acted as the health department’s eyes and ears during this period.

“Those diplomats have been great, they played a key part of our intelligence enabling us to implement the right actions at the right times.”

He isn’t overly concerned about another flare-up during the nation’s level 2 response, pointing out that New Zealand eased restrictions at a time when active Covid-19 numbers were low, whereas other countries eased restrictions with high numbers and hence a higher chance of seeing another spike in cases.

The department's new contact tracing app, which launched today, already has 92,0000 subscribers who downloaded it on to their phones. It will help in this new phase of struggle against new clusters of cases. Neighbouring countries, like Australia and Singapore, had already included an app in their Covid response systems, which involve Bluetooth information exchange technology.

“The advantages of the digital diary app are that it’s one additional tool in our sweep of tools that we have to trace people if we need to,” he says.

“The mainstay of our contact tracing is what we call shoe-leather epidemiology, in other words our workers out in our public health units on the phone, often getting out and about with people and finding out about their movements.

‘But the role of apps complements that and it’s an opportunity for people to basically register their details and then have messages pushed to them through the app, as they may have been in contact with someone found to be a Covid case.”

Bloomfield thanked the public for playing their role in ongoing efforts, but urged people to keep focus and maintain vigilance using core hygiene protocols, common sense and staying off work and getting tested if sick.

Level 2 has brought relief for the unassuming health official. Having his family and three children as support during a period he played such a high-profile and vital role in the life of the nation helped reduce his stress levels. However, he says being able to freely associate has increased that sense of well-being.

“There’s nothing like being able to get out and see your friends and wider family and connect. For me personally it was amazing how that just reduced my stress levels, just being able to see people and talk with them.”

He is taking his new-found fame and popularity in his stride and is thrilled merchandise using his name is even raising money for Women’s Refuge. Bloomfield modestly points out his work is part of a wider public service network that is always working behind the scenes and is glad the public can more clearly see its importance.

“The comment I made to my team was ‘all I’m doing is my job and most of the time people don’t know or notice what the public service does’, but I think it’s just been visible to them, how fortunate New Zealand is with its public service and that it has been part of  the big success of the response.”