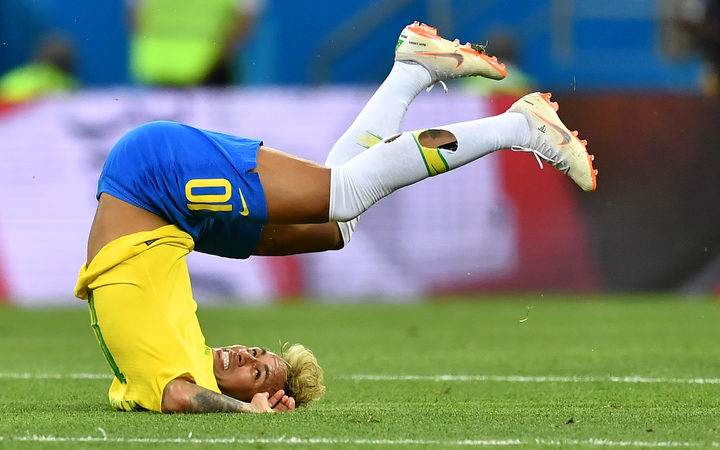 In episode three of Squeaky Bum Time: A Football World Cup Podcast, hosts Emile Donovan and Max Towle are joined by RNZ economic correspondent Patrick O’Meara and Football Ferns veteran Sarah Gregorius to wrap up the biggest games of the weekend and discuss the growth of women’s football, both for the national side and at a grassroots level.

That fourth and final aspect of the deal may seem relatively insignificant, but Gregorius, who has scored 25 goals for the Ferns, says the opposite is true.

“For me, the travel is critical - it means the world. We’ve never had a situation where we’ve been able to have our stronger players have been able to travel from overseas and start training almost immediately.”

She says the deal is hugely symbolic: “What a line in the sand to be able to draw - that the 60 best players in the country, regardless of gender, are treated the same.”

Gregorius moved overseas at the peak of her career. She played for English powerhouse Liverpool, and also in Australia and Germany.

She says the lack of a professional club system is holding New Zealand back from the upper echelons.

"You don't want to admit there's chinks in your armour, but that is the missing piece at the moment - a genuine pathway to professional football that keeps the best players in New Zealand. It would be game-changing."

Gregorius has helped lead the fight against naysayers who believe the bulk of money should be spent on the All Whites.

“I don’t know who started this myth that revenue generated in one area can only be spent in one area, but it doesn’t make sense. The money the All Blacks make isn’t just spent on the All Blacks, but on grassroots rugby as well,” she says.

“A lack of equality is just a signifier that you don’t respect the athlete. We fight every day and have fought our way into World Cups and into the top 20 in the world.”

You can subscribe to Squeaky Bum Time through radionz.co.nz on the podcasts page, and also on Spotify and iTunes.

(8:05)... Applaud the efforts of Iceland and Australia