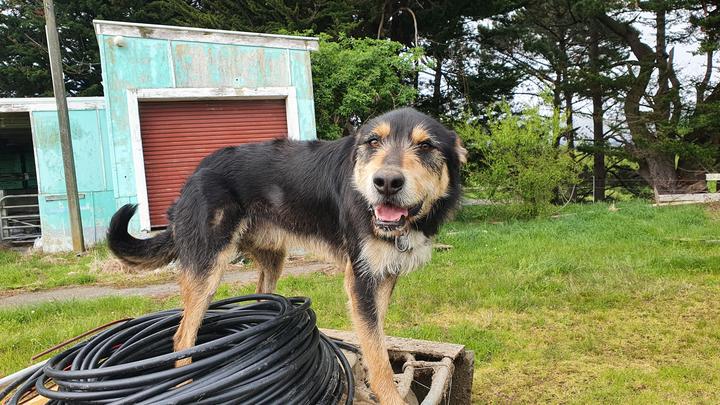 Digger, ready for work at a dairy farm near Linton, Manawatū Photo: RNZ/Sally Round

The sou-westerlies have stopped blowing in the Bay of Islands in Northland so it's been much more pleasant to work outside.  Affco Moerewa is closed for annual maintenance so farmers are deciding whether to send stock further afield.. the farmer we spoke to says he hangs onto them until it opens - he'd rather not put them through the ordeal of a long trip.

Around the vegetable growing district of Pukekohe 28 millimetres of rain fell mid-week and that's continuing the pattern of sufficient weekly rainfall to maintain crop growth.  Sunny days followed and have been gradually raising soil temperatures  - that's prompting growers to consider early sowings of squash or pumpkins.

In Waikato, lawns are growing far too quickly!  That good growth's also being seen on farms. As for milk production - it actually peaked a couple of weeks early. Usually, the peak of the season is around the 20th of October.  An ag consultant says production is holding up though - it's just not improving.  Some silage has been made and paddocks locked up to make it.  AI technicians are busy on farms.

The Bay of Plenty has had a fair bit of sun after a very wet week last week. The combination of decent growth and sunshine is great for young stock, The farmer we spoke to has finished docking. He says his, and three other farms he has heard of, had some ewes that were carrying dead fetuses - the ewes have had a raft of tests and he now knows what didn't cause it but not what did! His lambing percentage was 143 percent so he's quite pleased with that given the circumstances.

People in Taumarunui in King Country woke to a frost on Friday morning - and a stunner of a morning.  Most docking has been completed and farmers are very happy with survival rates.  Grass is taking its time to move and store stock are a bit hard to sell - the market will pick up when the grass does. 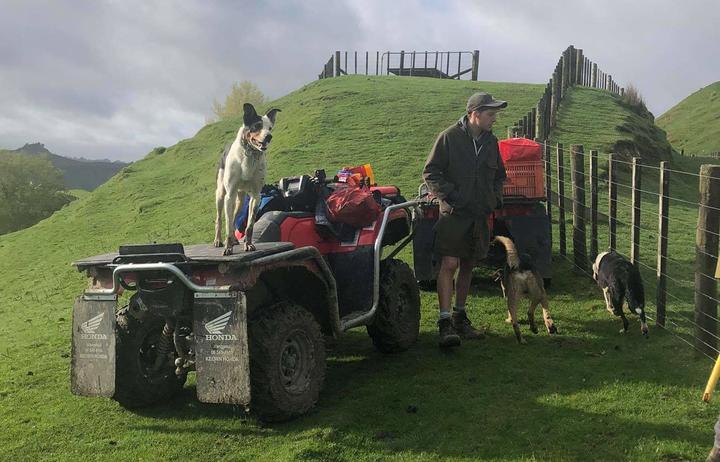 Usually at this time of year Taranaki farmers are flat out with mating and making silage - however, paddocks are only just being shut up now that growth levels have taken off  -  so that's one less job to do.  The ag consultant we called says he's hoping people will come out in force for Super Saturday - the province is lagging with its vaccination rates - and there's concern the level three border is closing in on Taranaki.

It was 'flipping cold' in the Gisborne region on Thursday but much better on Friday. Grass is starting to zoom away and farmers are feeling comfortable about feed and moisture levels. For ewes, docking is done and lambing percentages have been hovering in the mid 160 percent region - an easy winter has helped survival.  Two and a half thousand cattle were up for sale at the Matawhero yards this week and the clearance was good. The works schedule of $6.50 per kilogram for steers helped lift store prices Two-year-old steers  fetched $1850 each . A few farms have come onto the market - farmers held off last year not knowing what the world was up to with Covid and now they're just getting on with things. Lemons are being picked for export and the domestic market. 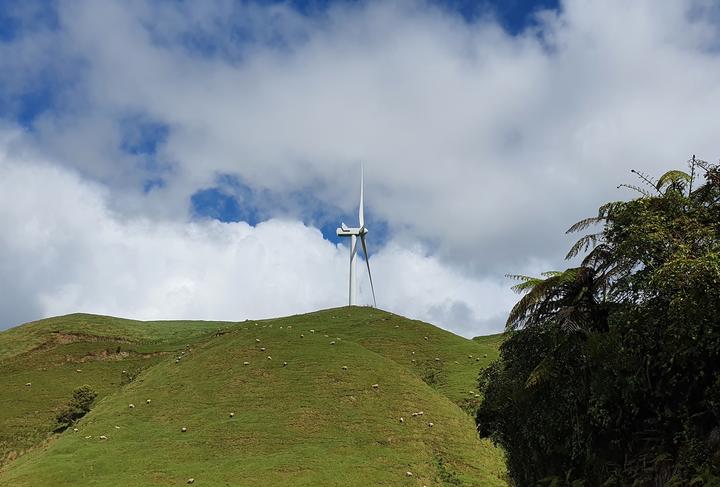 Windmills line the ridge above the Pahiatua Track Photo: RNZ/Sally Round

Cows on a Manawatu dairy farm have had their tails painted ready for mating. Feed crops are going in and farmers in a local water catchment group were out busy surveying on farm waterways and doing some water testing with their ag consultant.

Wairarapa has had really mixed weather. This week we spoke to a vet who says he sees a few farm dogs - and has noticed how well looked after they are now compared with 10 or so years ago. He says they're a really There was a cool start to the week for the Tasman region. Frosty temperatures saw overhead sprinklers start up on kiwifruit orchards to protect vines. It's been fine and warm the last couple of days with sprinkles of rain at night ... a slightly wetter than normal spring.  Flowerbud thinning is underway on kiwifruit orchards and apple trees are flowering merrily so bees are in. It's good weather for pollination so, to date, things are looking promising.

There was a cool start to the week for the Tasman region, frosty temperatures saw overhead sprinklers start up on kiwifruit orchards to protect vines. It's been fine and warm the last couple of days with sprinkles of rain at night .. a slightly wetter than normal spring.  Flower bud thinning is underway on kiwifruit orchards and apple trees are flowering merrily so bees are in and it's good weather for pollination so to date things are looking promising

Marlborough has had a week with rain, snow and sleet, although the sun was out on Friday. It's been difficult for our high country farmer contact to get work done because farm roads and tracks are slippery. Pastures look green but there's no growth. Lambing is starting now so he's wanting that warmth to get things moving on the feed side.
On lower country, farmers are starting to make decisions about the lambs that are getting up to good weights so they can be taken off the ewe soon and ready for sale in November. Meanwhile, the frosty conditions saw helicopters and frost fans going on some vineyards this week.

On the West Coast it's been very wet ... not flash at all according to our farmer in Whataroa. There were three fine days but milk production is down and there's not much grass so it's not a great start to the season. In fact with no sun it's hard to get motivated to do farm tasks.  And it's been hard for coasters to access Covid-19 vaccines too ... our contact says, rather late in the day and after some persuasion, they suddenly started clinics for Whataroa residents ... but often with only a day or so warning. She says even a trip to Franz is half an hour, and at one stage the only vaccination spots were at Hokitika which is a three and a half hour round trip … not only impossible during calving, but it's very difficult to plan a time to book in for a vaccine because anything can disrupt travel. 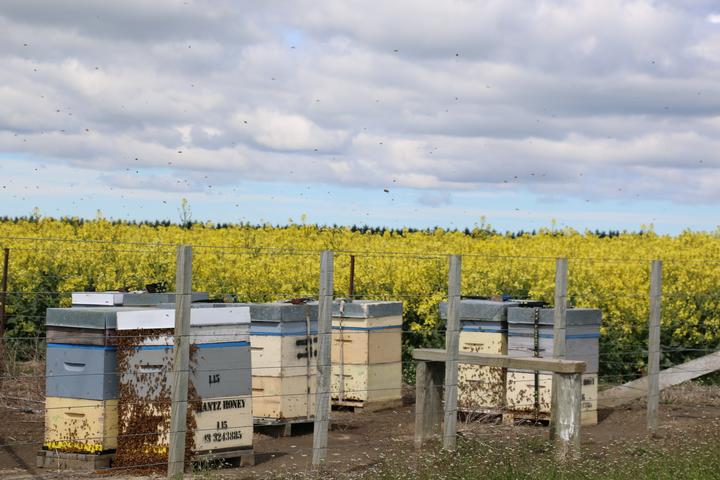 A return to cold wet weather this week in Canterbury has again slowed grass growth - the major limitation so far this spring has been the cool temperatures that are holding back grass growth. Soil moisture levels are good. The last of our correspondent's prime lambs have been sold, averaging $270 which is terrific. Spring cropping programmes have been held up with wet weather, delaying cultivation, sowing and getting fert on. He says everyone is hoping for a warm settled week of weather.

Otago around Balclutha has been pretty wet too. People are busy tailing, hoping for warmer weather to get lambs gaining weight. There's been 25 millimetres of rain this week, grass is growing, crops are starting to go in but really more settled conditions are needed for farmers to really crack into that. The long cold winter is dragging on so here's hoping for a finer second half to October.

Central Otago had very heavy snow at the start of the week .. 175 millimetres fell ... pretty hard for farmers in the peak of lambing now, although luckily after a good autumn, ewes were in good condition and there are plenty of twin lambs on board so overall tallies will hopefully still be good. Another plus - the snow puts more nitrogen into the soil as it's high in N. The snow's still down to the base of the mountains, but it's gone from lower country … although Thursday provided a cracking minus three degree frost. Overcast fog on Friday stopped that happening for a second morning.

The Southland farmer we caught up with says, for him, spring is taking a while to arrive. He certainly hasn't been able to get last season's cropping paddocks sown with grass. He's recorded 290 millimetres of rain from August through to this week … 180 is average. Cows are producing well but they're still needing a lot of unbudgeted feed. They're producing 2.3 kilos of milk solids each a day. 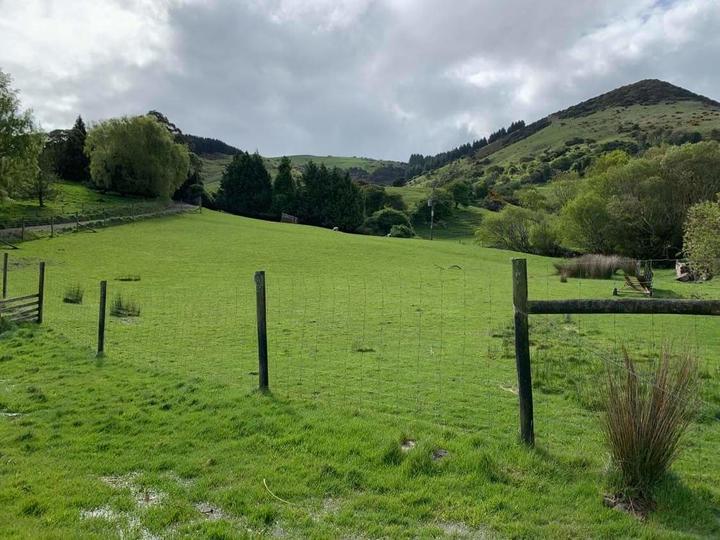