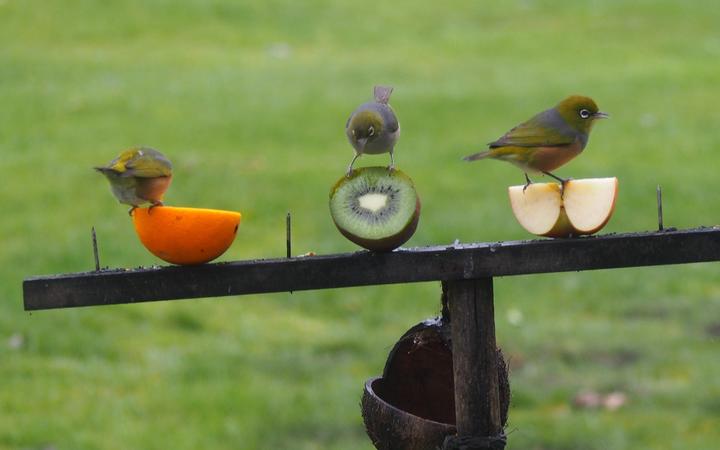 Hawke's Bay apple trees are bursting into blossom and Canterbury farmers are dealing with wind-damaged irrigators. On the Farm is a weekly wrap of conditions on farms and orchards around the country.

In Te Tai Tokerau, Northlanders are battling on - isolated from the rest of country with Auckland at level 4. It's been very wet but a stock agent says in a few week's time the region will be pleased to have had the moisture. Quite a few more cattle have been traded this week than last and they're selling well - prices are stronger than this time last year. Yearling steers are fetching $800 to $1000 and heifers between $650 and $800. They're mainly staying local but stock trucks are allowed further south and across the harbour bridge.

In the Pukekohe district, opportunities to work outside have been limited again this week because more than 50mm of rain has fallen in the last seven days.

In Waikato the short story is spring is off to a good start. You expect rain in spring and Waikato farms have certainly had their fair share. For the most part it's been welcome. Pasture is growing and cows are milking well. Lambs are arriving. You tend to think of Waikato as being a dairying region but swathes of land are in sheep and beef. There are 3840 dairy farms and 3276 sheep and beef properties.

Waiariki/Bay of Plenty is also a bit wet underfoot but the sun came out on Friday. The grass is growing here too - as it should in spring. On most dairy farms calving's finished and farmers are gearing up for mating. Sheep farmers will be waiting for a nice break in the weather to get on with early docking. Kiwifruit orchardists are racing to finish pruning. Our contact's farm is surrounded by orchards. He says birds are arriving in great numbers to nip off the kiwifruit buds which can decimate crops. His neighbours have bangers to scare the birds away but that sends them to his place. He says he has to get the car into the garage quick-smart otherwise it'll be covered in unwelcome deposits! 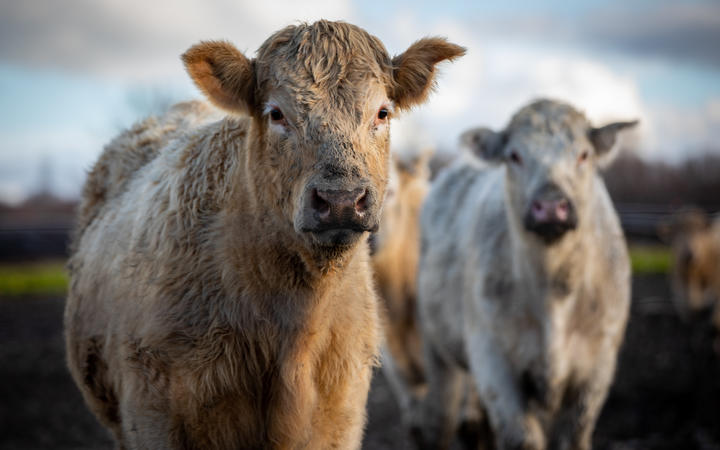 In Te Rohe Pōtae /King Country it's also been damp and the flats are very wet, the hills less so. In the north of the region beef cows are calving and the rush of lambing is over. It hasn't been cold but it would be nice to have a week of sunshine for the youngsters. We're told a lot of sheep farmers don't do a lambing beat. They tend to go around their stock before lambing starts to check for cast ewes but once it starts it's better to leave them alone for fear lambs will be mis-mothered if you disturb their mums.

Usually at this time of the year grass is growing flat stick in Taranaki and farmers are shutting up paddocks for silage but not so this year. Growth is sluggish - in some places half what it would typically be. Luckily most people have good amounts of supplements on hand. It's been cold and wet and feels more like winter than spring.

In Te Matau a Maui /Hawke's Bay, apple trees are bursting into life. They'll be blossoming until mid-October. The region was looking forward to a bit of rain. Pastoral farms really need it and even orchardists were looking for a top up, despite the fact wet weather can promote Black Spot. People are still pruning and there's lots of planting. Older trees are being taken out in favour of more popular new varieties. People are talking about the new pear, Piqa Boo. It's red and is a cross between a Nashi and European pear. It's tricky to grow but is in demand. As for stonefruit - Golden Queen peach trees are in blossom. 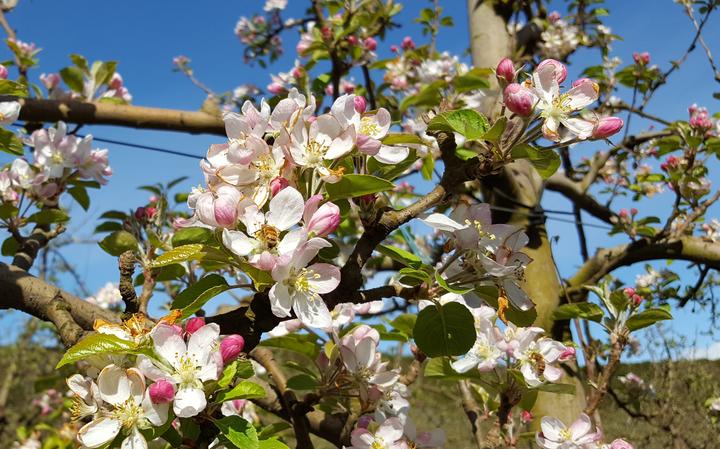 Rangitikei farmers have had a reminder that winter's not done yet. It's been cold and miserable. One farmer says his farm had 80mm of rain earlier in the week, follow-up showers since, rivers have been up and there's a bit of flooding. Last year it was a cold, dry spring so even though the rain's a nuisance, farmers will gladly take it. It makes farmers nervous when wet weather hits during lambing and calving but, even so, they seem to be progressing well. At the start of this week our farmer estimated he was half way through lambing. By Friday it was nearly finished.

South Wairarapa has had nice rain this week. A sheep and beef farmer there has tipped out 20mm from his rain gauge. The moisture is needed as it has been worryingly dry and he says things are on a knife edge. They're nervously watching the dry in Hawke's Bay as stock sales there have a huge impact on prices. The brassica feed crop is almost finished ... it'll be nice to come to the end of moving breaks but great to see the paddocks haven't pugged up and waterways looking good. Heifers are nearing the end of calving and docking's a third of the way through.

In the Whakatū/Nelson region there was a bit of rain last weekend but none during the week so the ground's dried out enough to plant new apple trees. The bulk of the pruning's done and, with no wind, people have started protection spraying for black spot. Nashi and stone fruit trees are coming into flower so bees are being brought into orchards to do their pollination work. Commercial peony growers are stringing up the coral variety. This will support them until they reach their full height of over a metre. The grower says most of his crop is exported to the United States.

The road that winds up the top of Awatere Valley in Te Tauihu/Marlborough is finally open after being badly damaged by the early spring floods. It's a relief to several farms who rely on the road to get in and out. Some roads in the Marlborough Sounds are still waiting to be repaired, though, so affected farmers are having to barge in fertiliser and barge out stock. Lamb tailing's started on our contact's farm near Blenheim while calf marking's underway on early calving properties. Bud burst is fast approaching in the province's vineyards but pruning's still not finished in some blocks, due to rain delays and a lack of staff.

A good dose of sunshine has been welcomed on Te Tai Poutini / the West Coast. On a farm at Lake Brunner it's been a bit nippy in the mornings, though, after a dusting of snow fell on mount Te Kinga and over the tops of the Hohonu Range. Calving-wise the farm's down to the tail-enders and milk production's up. The farmer says that's surprising considering how wet it's been. Cows are getting grain in the shed and, in the paddock, they're on a top up of hay and baleage. 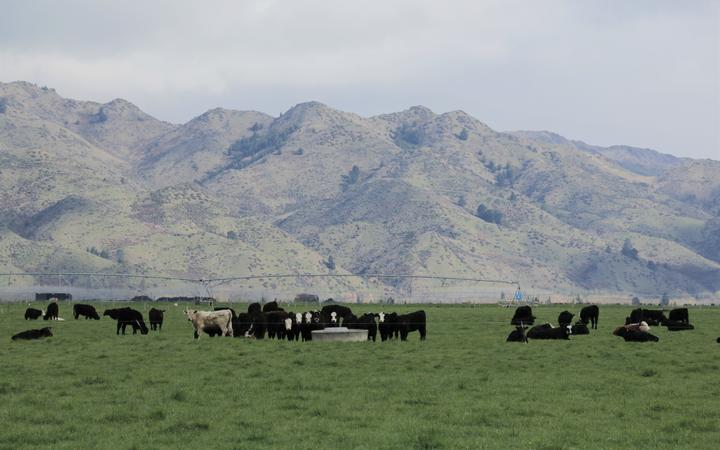 It's been a week of everything in Waitaha/Canterbury this week with more gale force winds, rain, sleet and sun. Unfortunately more damage was sustained across the region on Sunday night, bringing down more trees and disrupting power supplies. The problem is this time is busy enough without these challenges. People are getting on with the clean-up. Early discussion is that it could take months to get all of the damaged irrigators repaired due to shipping delays. As elsewhere, calving and lambing's in full swing and the milking sheds are busy.

The weather's finally coming right in South Otago. The sun's been shining this week but there's a cold wind and the ground's still very wet underfoot. An organic dairy farmer near Balclutha says it's been a quick calving for his herd of 945 cows. They started calving on 20 August, on 2 September they were 50 percent though and now there are only 170 left to calve. Milking's up 16 percent for the same time last year. The farmer says the willows have turned green on the Clutha River which local farmers say usually means grass growth is about to take off.

Beautiful days this week have been interrupted by periods of rain in Western Southland/Murihiku. In paddocks that are firm enough, people have been working up the earth in preparation for sowing summer crops and getting fertiliser on to give existing grass a boost. Ewes are shorn and spread out behind wires and lambs are starting to appear. On dairy farms milking is ticking along nicely. 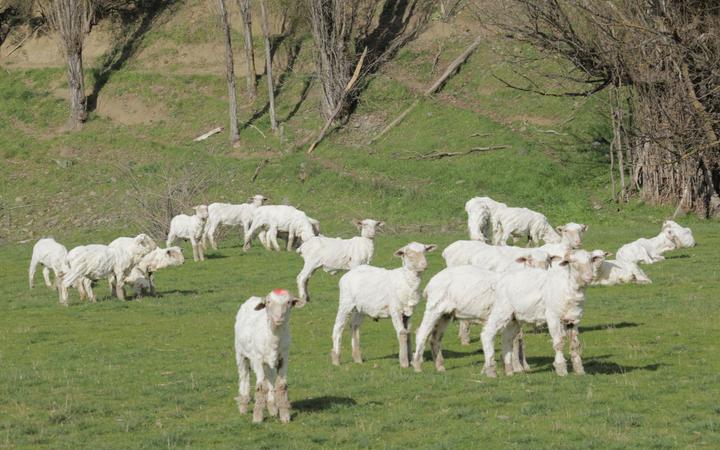