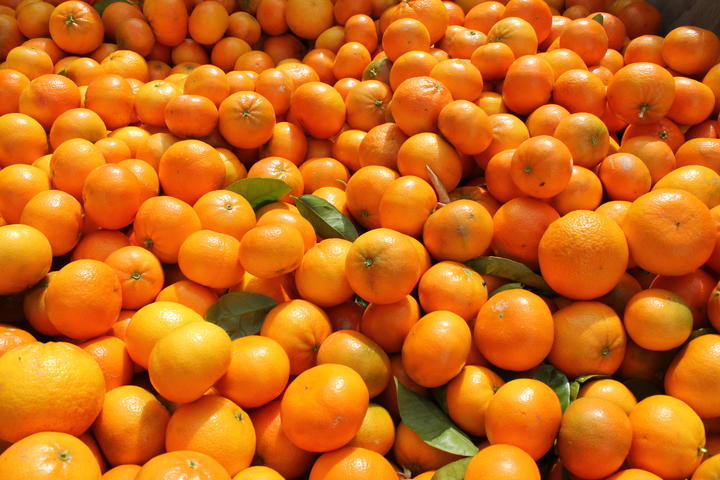 Gisborne's mandarin harvest is coming to an end and the clean up continues on inundated farms and vineyards in the South Island.

Northland's had lots of rain - typically winter's wet in the north but it's missed out in the past two years so it seems things are back to normal. Grass growth is slow and there are a lot more cattle coming to market than usual- farmers want their excess animals off the wet pastures.  Northland's dairy farmers are in the thick of calving.

Pukekohe has had rain or showers every day - 50 millimtres has fallen and vegetable paddocks are wet and muddy. For growers with winter veggies to harvest, wet weather clothing has been essential. 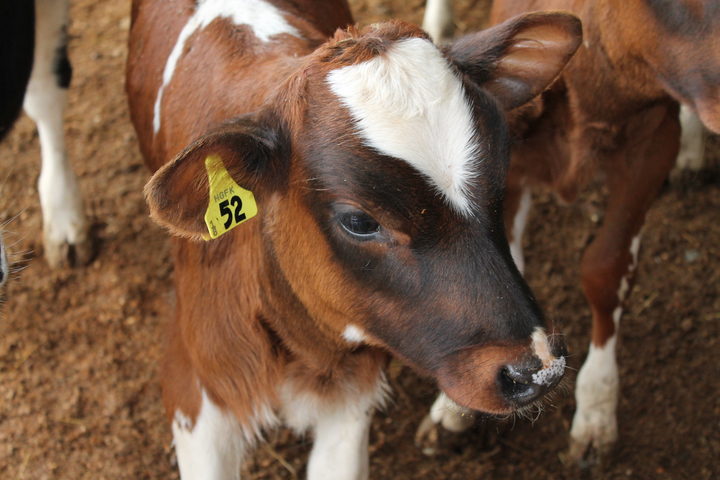 Bay of Plenty dairy farmers are in a good spot too  - they were working under sunny skies on Friday, calving's going well, there are decent feed levels

A farmer in northern King Country grabbed his glasses and went out to read the rain gauge when we rang - he's recorded 150 millimetres for the week.  Heifers have started calving on dairy farms and the bulk of the early lambs will start appearing in about 10 days time.  On average pregnancy scanning of mixed age ewes has come in at just shy of 170 percent.

Taranaki has had a wet, wild and windy week. Storms last weekend resulted in power outages and quite a bit of wind damage.  Heavy rain near Stratford has put 200 mils in the gauge for the week - further up the mountain at Dawson Falls they've had 950 - and flooding of rivers and creeks. The rain's washed the snow of Mount Taranaki's skifield. 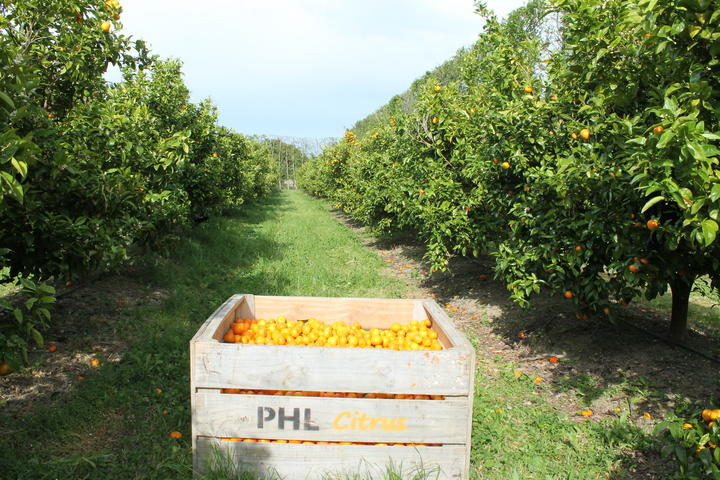 In the Gisborne area early lambs are starting to pop out on the front country.  Farmers are feeling lucky  as it's been nicely wet and then turned warm - which is perfect for growth. The last of the region's mandarins are coming off the trees and growers are deep into the navel orange harvest. Returns for navels are as good as they have been in a long time.  It's a supply and demand thing - with poor prices lots of trees were ripped out and have been replaced by apples and kiwifruit so there are not as many about - and shipping disruptions with Covid have been a boon for New Zealand growers. Supermakets aren't able to bring in as many Australian oranges as they would typically.

Hawkes Bay hasn't had the heavy rain that's been see elsewhere and in fact is still reasonably dry. Farms are in good shape. They're getting little regular rains and need that to continue in order to cope with summer.  Grass is still growing because it's been dry and warm.

July in the Taihape region has brought a really hard run of frosts which has been followed up with warm northerly rain. It was desperately needed and things have greened up a little.  Soil temperatures are limiting growth though and everyone's pretty tight for feed. Ewe scanning's underway as well as winter shearing ,where there are dry sheep.  For the first time farmers are having to apply for consent to be able to crop their land. They won't be able to sow grasses by the newly imposed cut off day of October the first so they'll need to plant drops instead. They've received the paperwork and we're told it's daunting.

Wairarapa feed situation is short but green and growing. Stock are in good nick and there are early lambs on the flats. There's been enough rain to fill dams and get creeks running. Farmers are very pleased that the days are getting longer and sometimes the sun even comes out!

The Nelson/Tasman region also copped heavy rain last weekend with numerous places flooding .. land around Murchison and north towards Tapawera. Hop, apple and kiwifruit orchards on lower land flooded.. it was the biggest flood since 1926.  Federated Farmers and others are just assessing what help is needed .. help is already on some properties fixing fences and getting debris out of wires and structures on horticultural blocks.  Elsewhere the ground is just sodden.

In the Marlborough region large parts of the Wairau Valley went under water and silt is still heavily coating some vineyards. Towards lower Wairau on the coast a lot of lambs died because they were grazing in vineyards that flooded. Within days the water was generally draining away and for most of the region damage was minimal  Marlborough Grape Grower Co operative viticulturalist Johnny McMillan says the District Council's flood containment scheme worked incredibly well under extreme pressure and without it damage from the flood water would have been hard to comprehend.

One farmer west of Wairau Village who had to swim sheep to safety and had hundreds of vineyard posts damaged spent the week starting the clean up.  He thinks it'll cost him 20 thousand for new fenceposts and doing the repairs, and he's sold the sheep. One plus, he says, is there should be no issue with aquifer levels this summer.

On the West Coast about 30 farms suffered damage in the Buller area .. 10 were very hard hit. Silt's covering some paddocks and fences, repairs were already underway as the week progressed. Karamea farms also went under water but not nearly as badly. Feed supplies will be tight and some farmers will probably need to buy more in. Meanwhile further south on the coast it was more of an ordinary wet week.  Despite the red warnings, huge volumes of rain didn't arrive. Pastures are growing because the rain's kept frosts away .. but it's too wet for comfort. Dairy calves are arriving on farms around Fox and Wataroa.

It was another wet week in Canterbury with some flooding again at the start of the week. Unfortunately there has been some additional damage in places and farmers who'd just completed repairs found that work all undone agin. Winter grazing is coming to an end with cows heading home over the next couple of weeks. Tractor work is non existent at the moment with the wet conditions, when things do dry out there will be alot to do. 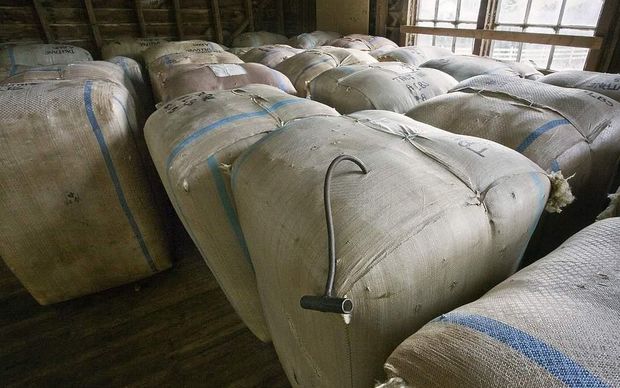 Central Otago is wet and mucky but grass is starting to grow again and in the past week ice on the Ida dam has entirely gone.  Willow trees are red which means they're in bud .. and that's jolly early. Farmers are desperately trying to get shearing done before scanning, it's really difficult between frequent rain.  Lambing in the hills is still two months away.  One farmer who held onto some cross bred wool for a year because he wasn't going to "give it away",  sold it this week.. he said prices have lifted a little which is pleasing... and he thinks prices are on the improve.

South Otago is having a real winter .. there's been good rainfall and ground moisture is okay. It's shaping up so far for a good start to spring.. which apparently, with the flick of a switch, could start in another 10 days. Our contact's first lambs arrived on Thursday .. a tad before he expected.  He says farmers should be able to manage winter crop feeding well this season and utilisation is excellent. , Air temperatures are around 10 degrees so pastures are lifting. He says he's happy after the toughest 12 to 15 months ever with droughts and two floods.

Southland had a damp start to the week and then fine frosty weather followed. We're told it's been a fairly easy winter for animals this year and they've come through well. Calving's yet to start in earnest.  Some farmers are still looking for labour - with people thinner on the ground everyone else is having to work longer hours as the jobs still need to be done. Anyone looking for homes in rural Southland towns has to be quick - demand is high.