Around the country lettuce supplies are tight because of last week's hail around Pukekohe and early lambing has started in Marlborough. Here's the Country Life wrap of conditions on farms and orchards around the country.

Chilly temperatures have continued in Northland this week. It's been abnormally dry - on Tuesday, though, about 30 millimetres fell in the far North. Pasture cover is generally pretty good. Farmers are in pre calving mode, and feeding out. There are some early lambs on the ground.

Around Pukekohe cold frosty days gave way to wet and windy weather for the last half of the week. Forty millimetres of rain was recorded by early Friday morning. After the hail storm last week, a few growers have resown their damaged onion fields. Some other sensitive crops are too far destroyed  to harvest . With the exception of the Waikato area, main crop onions are now sown and have germinated. Other worrying news for the district is the discovery of PepMV virus in greenhouse tomato crops which is untreatable at this stage. Effectively, many export markets have now closed for the tomatoes. 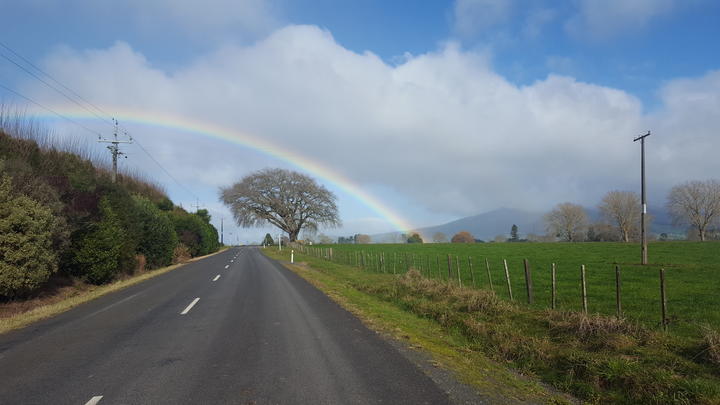 A Waikato farmer was checking out his beautiful newborn calves when we rang. They're a few days early. He says when you've got lovely calves like this dropping you know their mothers are really healthy. He also says you won't hear any complaints from farmers around the region about feed. The day was warming up after a nippy start.

There was a bit of rain mid week in Bay of Plenty where our contact has also started calving. Five had arrived by Friday morning and he was preparing for the onslaught ahead. He's been mulling over the discussion at the Primary Industries NZ summit in Christchurch which he attended this week and the need for a "New Zealand Inc" or "team ag" approach to all the challenges facing agriculture. He says there was a really positive vibe depite farmers feeling a lot of pressure and uncertainty over the future. 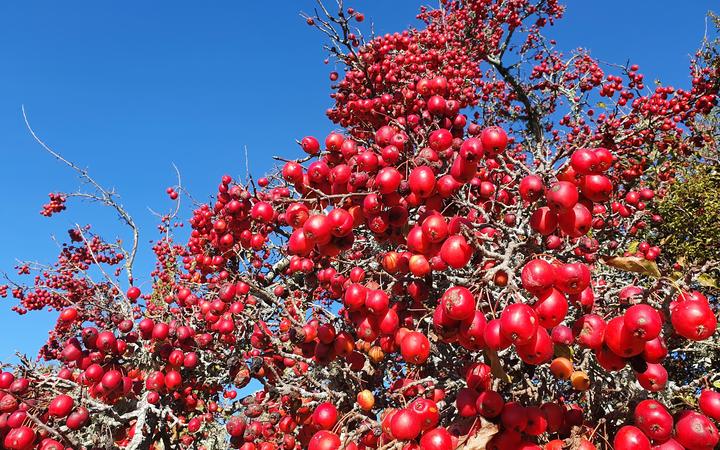 A crabapple tree ripe for the picking Photo: RNZ/Sally Round

There's not as much snow as normal for this time of the year on Mt Taranaki and Friday was looking like a "liquorice allsorts" kind of day according to our contact in the region. It was warming up again after the cold blast with a bit of wind in the mix. Coastal farms are into calving already and the low altitude properties are underway. Providing the weather plays ball, it looks like it will be a good season.

Gisborne's had cold nights, a couple of frosts and a little bit of rain this week.  A vegetable grower says the wet winter is making things tougher than normal. Growing costs mean they don't carry a whole lot spare to make up for lost lettuce crops damaged by hail and frost around Pukekohe last week, consequently supply is tight. 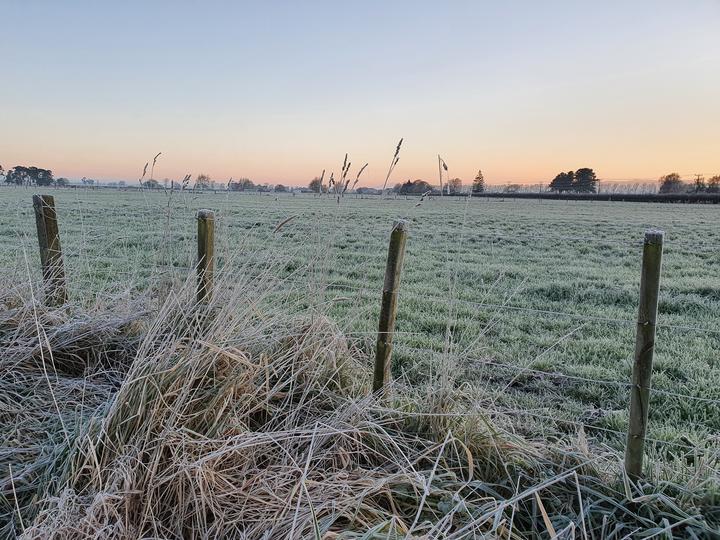 Havelock North apple orchards looked a picture on Monday morning after a whopper of a frost. Vine pruning is in full swing in Hawke's Bay and grape growers are busy getting maintenance done. This week's frosts have been great as it's important the vines shut down over this period. Our contact says growers have had no problems getting labour for pruning. A farmer has been busy break feeding - moving the electric fences every so often in her paddocks and feeding out to manage grazing. It's an elevated property with not a lot of grass at the moment.

Wairarapa had a couple of heavy frosts at the beginning of the week after a period of rough cold weather. But things are ticking along - hoggets are being shorn and ewes have been scanned. Dairy farmers are getting set up for calving and arable farmers are trying to buy lambs to fatten at a reasonable price but they're expensive at the moment. 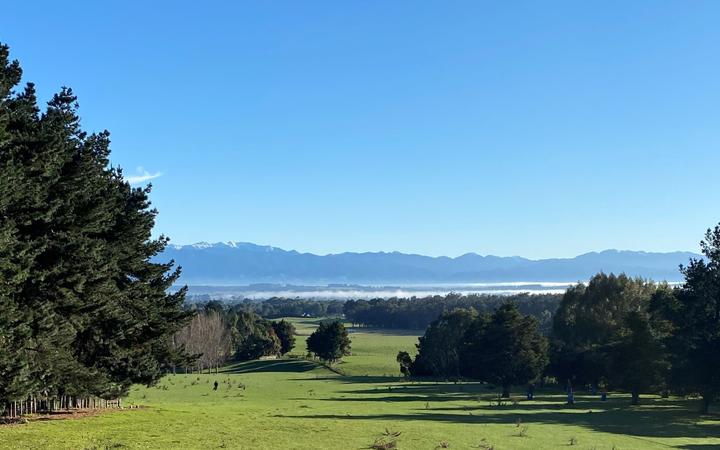 Wairarapa with the partly snow clad Tararua range in the distance Photo: Supplied

A Nelson apple grower says pruning's going to plan and the weather's been good for it. He's lucky enough to have 13 RSE workers on site for the winter and he's hoping they'll stay on for thinning and picking too.  Growers in the region are concerned that later in the year orchard staff will be hard to come by, if covid restrictions are not lifted to allow more Pacific Island workers in as our contact says they get through more work than kiwi backpackers.

Early lambing's already started on some farms in Marlborough, while later lambing ewes have been getting the five in one vaccination. Sheep are set stocked behind fences and are getting a top up of hay. It's been a mixed bag weather wise with some hard frosts as well as rain.  On Tuesday 37 millimetres was recorded on a farm on the north bank of the Wairau River. The farmers says it's not actually needed now as soil moisture levels are high. Grape pruning's ticking along nicely in the province's vineyards.

A Franz Josef dairy farmer on the West Coast says calving is due to start in late July. This is earlier than usual because she's brought in some pregnant cows. She's been busy drenching and tagging, shifting the girls and feeding out hay and bailage. 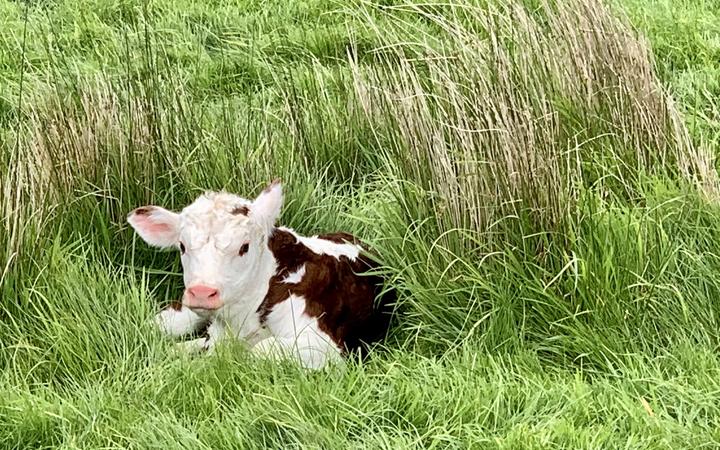 Some very hard frosts in Canterbury earlier this week have helped dry things out a bit. Everyone is busy break feeding livestock, feeding out and, if time permits, doing a bit of winter R and M. Farmer optimism for this coming season is good but should be much much higher given the high commodity prices at the moment.

There's a dusting of snow on Maungatua, a prominent ridge in the Taieri Plains in Otago, and generally it's been cold and showery. The cows one farmer brought home from winter grazing have just had their lepto and pink eye vaccinations and the herd is being fed out bailage behind wires. 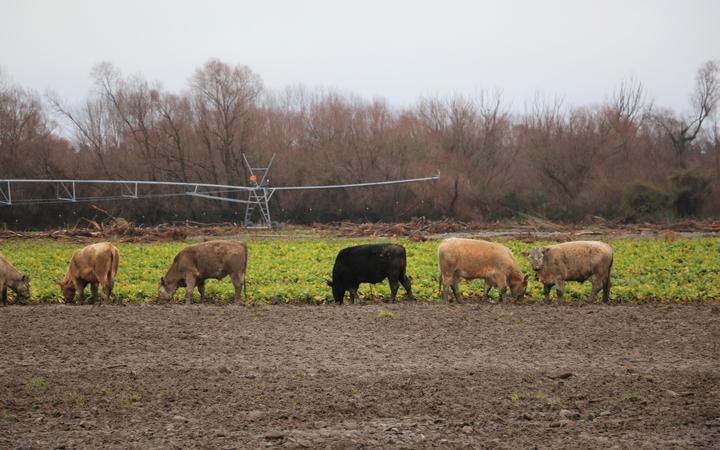 A farmer in the Blackmount Valley in Western Southland says it's muddy underfoot after a fair amount of rain over the past couple of weeks. He's clearing out the sheds with a digger in preparation for scanning that's due to start next week. Bulls have started going to the freezing works now that there's space after the dairy cull. Young stock are fattening up well. The farmer says one mob are putting on one to two kilos a day on grass and fodder beet. Sheep are on three day shifts and getting a top up of bailage. On dairy properties everyone's feeding and shifting cows and getting ready for calving.