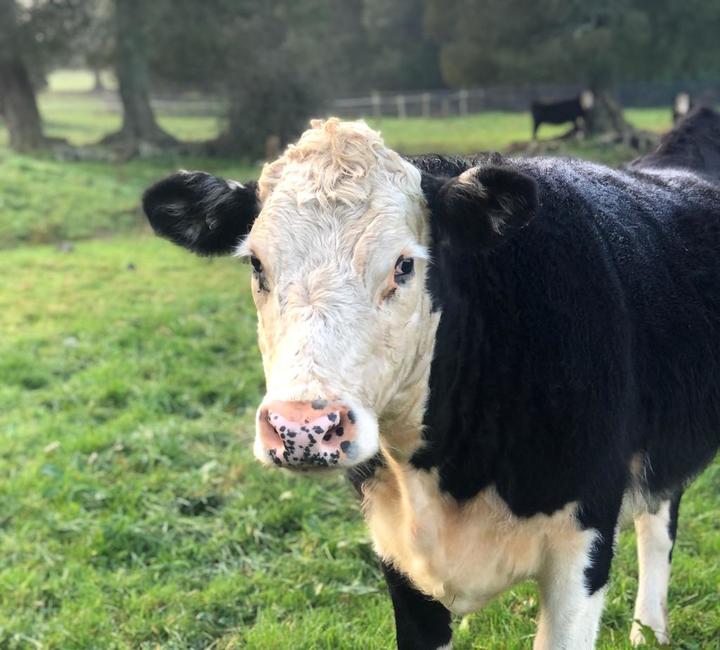 Northland's had two frosts this week and prior to that two of the wettest weeks in the past 18 months - in some places between 200 and 300 millimetres of rain fell in a ten day period up until Sunday. Grass is growing well and farms look comfortable for winter. The store market is strong on the back of all the growth - all classes of cattle are selling well - steers in particular.

Around Pukekohe, in the week up to Monday,  there was intense rainfall - at least 80 millimetres fell.  It made the ground very wet and muddy. The week's otherwise been fine, sunny and calm with a light touch of frost on Thursday morning.  The surface has dried out quickly so growers have been able to get back onto the land and do whatever has been necessary without making a mess.

There's plenty of feed for cows in South Waikato - it's been a very mild June. The farmer we called feeds his cows swedes and kale at this time of year and says grass - in nearby paddocks  - is coming away nicely. He has one cow in milk - and the neighbour has kindly offered to milk her until more of his herd calves.

Kiwifruit growers in Bay of Plenty and around the country had until lunchtime on Friday to tell Zespri what they think of the organisation's plan to run commercial trials with illegally grown fruit in China. 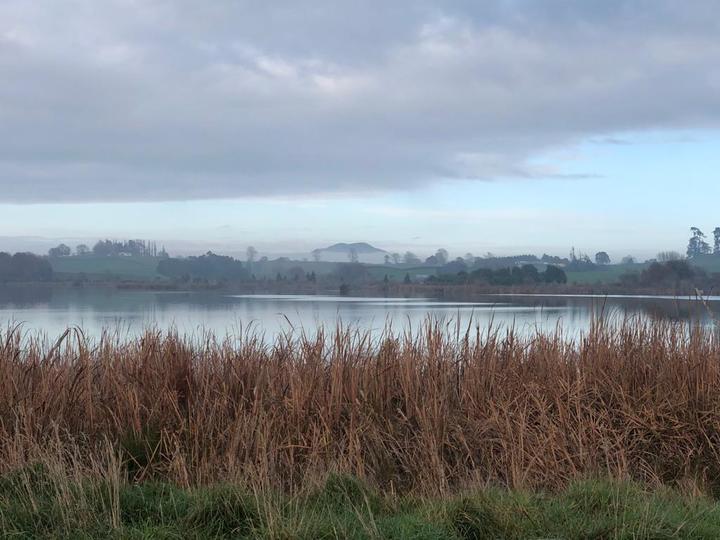 The weather in Taranaki has generally been wet and on the cool side. - and there's a bit of mud about.  Our contact, who lives in Stratford, says he used to joke that the only thing worse than owning a house in Stratford was owning two houses there but says there's now huge interest in Stratford's real estate. He says people are discovering small towns - and Stratford's only half an hour to New Plymouth - and a half  hour commute doesn't seem like much to Aucklanders.

Across the island and Gisborne's had a pretty wet week - flooding at Tokomaru Bay has been very stressful for everyone involved but farmers elsewhere are pleased to see rivers running and dams filling up. The region's still lagging well behind in its usual rainfall figures. But it is warm and the grass is still growing. The citrus harvest is charging ahead and growers are getting the best returns in a long time.  Satsuma mandarins are coming off for the local market and lemons are being exported.  It's Bull Week on the East Coast next week and over Monday, Tuesday and Wednesday 12 bull breeders are putting their genetics up for sale. People come from all around the country.

Hawkes Bay has had about 60 millimetres of desperately needed rain and in places, it's wet underfoot, Grape growers wanted to get on with replacing broken posts after the harvest but up until now the ground has been too hard to ram.  It's been really warm - 18 to 20 degree days  and people are concerned about an early spring.  Pruning's underway in vineyards and in paddocks there are a lot of bare patches in the pasture because of the very dry summer.

Taihape has had a very dry autumn- a lot of farmers keeping rainfall figure have recorded only half of what would normally arrive in the first six months of the year.  The lack of moisture has been limiting grass growth.  People who rely on dams for stock water are saying they have never seen them so low for June. Stock though are generally in good condition are are loving the milder than usual weather. Ewes scanning is taking place with results coming in at at least average or above average rates. 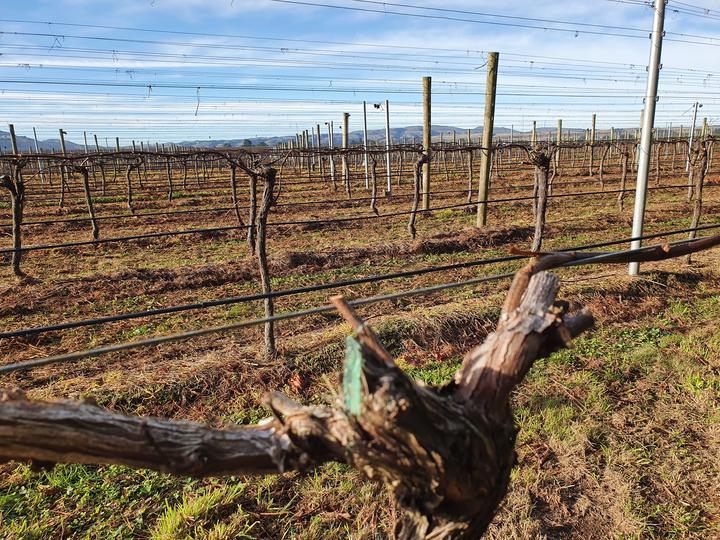 Newly pruned vines in a Wairarapa vineyard Photo: RNZ/Sally Round

Wairarapa is in the process of drying out - most farmers wanted a bit of a wet up but got a  bit more than they had bargained for on Sunday and Monday . It's been good for dams that need a decent top up.  129 millimetres fell on our farmer's farm. He says winter doesn't start for stock until after the shortest day and while it was 13 degrees on Friday morning he's expecting temperatures to drop considerably next week.

Nelson had more rain during the week with some clear blue sky days too, more rain's due and it's really needed. Stock are still in good nick. A few very early lambs have appeared.

Marlborough had cold miserable days but not much rain.  Snow arrived on the high ranges earlier in the week and more is expected from this weekend. Winter has arrived.  Stock are getting by, in the high country grass cover is short but as a result it's sweet so stock are doing okay.

West Coast farmers are bracing for heavy rain fall Friday and into the weekend.  Met service was predicting surface flooding and slips. 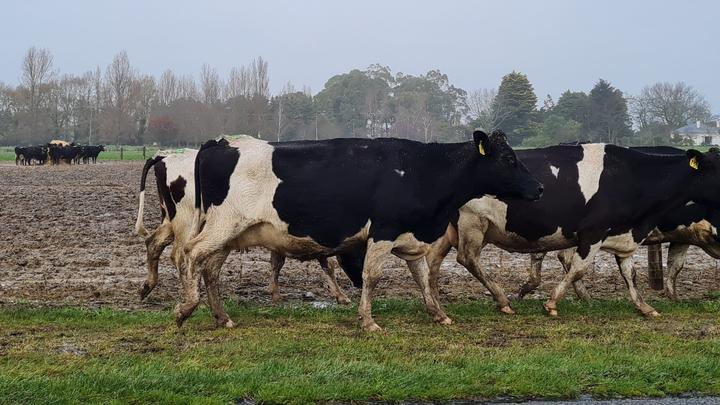 An eventful week of weather in Canterbury has seen 2 rains including snow on the upper plains. Coastal areas continue to look for rain. Grass growth has slowed up with cool dry conditions and late frosts. Fodder beet planting is in full swing across Canterbury.
Meanwhile mid Canterbury flood affected farmers heard the news on Thursday that the government is injecting a further four million dollars to support farm recovery which was very welcome.

In South Otago our farmer contact was scanning his ewes on Friday to see how many lambs were on board, he's not expecting to break any records as autumn was very tough with dry conditions and that affects fertility.   But since then with few frosts the grass is still growing and farms are looking much better. He commented this break was needed. In-lamb ewes are selling very very well. 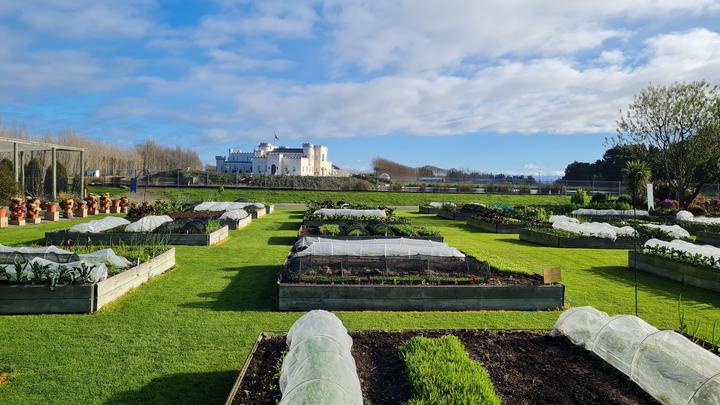 Southland is recovering from a wet week last week, but things are looking okay. ..although winter only starts after the shortest day. Autumn here was okay so early scanning results with ewes are indicating an increase in lamb numbers.
But our farmer contact says morale is low. He says days should be happy with good milk and meat prices, but they're not and he's worried some are only a couple of straws away from breaking the camel's back. He says staff shortages are piling up on top of government regulations which aren't always sensible. On a positive note he commented that a lot of farmers are doing awesome stuff around winter grazing such as leaving huge feed buffers, pre-allocating baleage to keep stock out of paddocks, and generally lots of planning.  One frustration not aimed at regulators he said was seeing the 5% of farmers who seem oblivious to the need to change.