Some sizable apple developments are going in around Waipawa in Hawke's Bay, but labour is limiting investor enthusiasm, while in the South Island, south Otago farms are dry underfoot and feed utitlisation is good.

Northland has had good rains. The East Coast outside Whangārei received about 215 millimetres over three days up to this Monday, the west coast got a lot less, more like 20 millimetres. The rain was very well received and with warm temperatures there should be grass growth. Mid season calving cows will get a chance to have priority feeding. It may be too late to really help out the early calvers. And now's a good time for dairy farmers to take a break to recharge energy for the season ahead.

The Pukekohe district had about 14 millimetres of rain over the weekend. With further light showers, little wind and mild temperatures, growth's continuing unchecked. Early sowings of onions have now germinated.

Ground conditions are quite firm in Waikato and there's still grass growth, Thursday hit 22 degrees. The ag consultant we caught up with had just left a farm where they were shearing and he says the sheep were looking good. Cow condition's were also good, and pasture covers are well above average at  22 to 25 kilogrammes of dry matter to the hectare. Dairy farmers with supplements on hand are generally looking forward to calving. Farmers are spending on riparian planting and upgrading effluent systems but there's still confusion around the Climate Change Commission report because while reducing stock numbers appears to help emissions targets, fewer cows will eat more and therefore their individual emissions will go up. 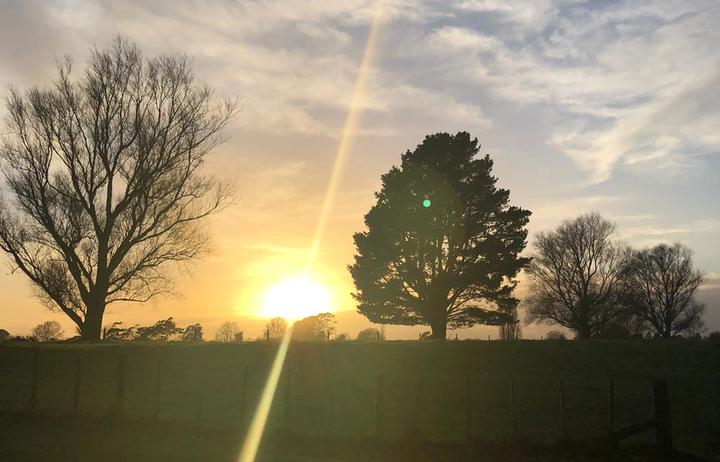 Bay of Plenty avocado growers contributed to a record breaker of a season which has just ended. Sales in the 2020-21 season totalled 227 million - up 72m on the season before. Exports were worth $167m and volumes were up 10 percent. The Australian market went particularly well. Just over half the fruit was grown in Bay of Plenty, the rest is mainly grown in Northland. On the kiwifruit scene some packhouses have all their fruit inside now, but others will continue picking through next week. And like other exporters, Zespri is having challenges with shipping. Fruit is still leaving the Port of Tauranga, but schedules are slower than normal because of container issues.

King Country has turned warm again. After last week's frosts and fog, pastures are now almost greening up again and setting farms up nicely for winter. Our contact was actually at a bull sale in Masterton when we called and he said a speckle park bull sold for $16,000, and herefords with over a hundred years of breeding behind them sold well too.

Nature has continued to be as kind as it could be in Taranaki. The farmer we caught up with is busy planning a farmers' trip to Outback Queensland, Australia for the end of August ... he thought it was good for people to take a break ... they'll visit large cattle stations, camp on some of them, and meet the farmers. 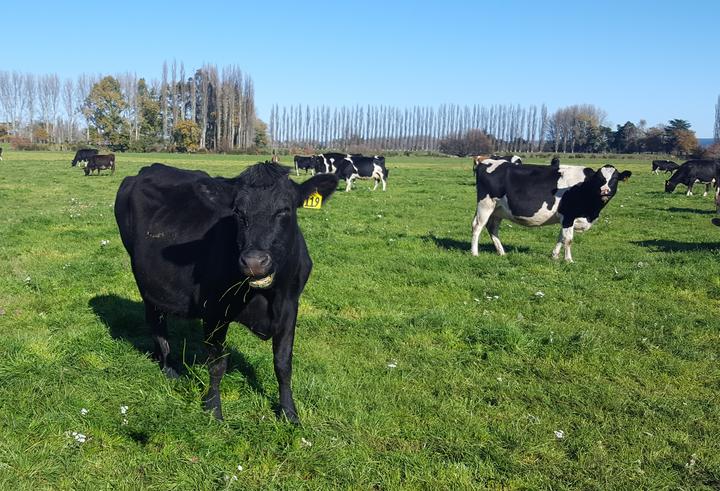 Some sizable apple developments are going in near Waipawa in Hawke's Bay. One of the developments is 140 hectares. It's a strange time for the apple sector ... overseas markets want our fruit, they're prepared to pay for it, but the major limiting factor affecting investment decisions is worrying about where the harvest labour will come from. A few years ago water was limiting investments, now it's labour. One consultant says there are fewer developments than there would have been because of Covid19 ...  that's really rocked the apple cart. Meanwhile apple trees are nearly leaf free, pruning is well underway, apple packhouses are still going flat out with double shifts. They stay busy until the end of July. Finding containers and ships to get product off shore is a major headache.

It's been a pretty good week in Wairarapa. There was one foggy morning with misty rain, but it's still relatively dry. Grass on run-off farms is in short supply because the rain never arrived earlier in the season. Soil temperatures are still warm enough for some farmers to be applying fertiliser. Stock condition on our farmer contact's farm is average to okay, but certainly not flash.

The Whanganui region has still had little rain and ground conditions are great. Grass is growing with 10 degree soil temperatures. Some dairy farmers are milking on into winter to take advantage of the high milk price.There are real stock water shortage issues on farms on the Napier Taihape road but otherwise there's been a kind start to winter.

Showers passed through Horowhenua and left overcast days behind. The mountain ranges were sometimes only just visible. Temperatures are cooling. 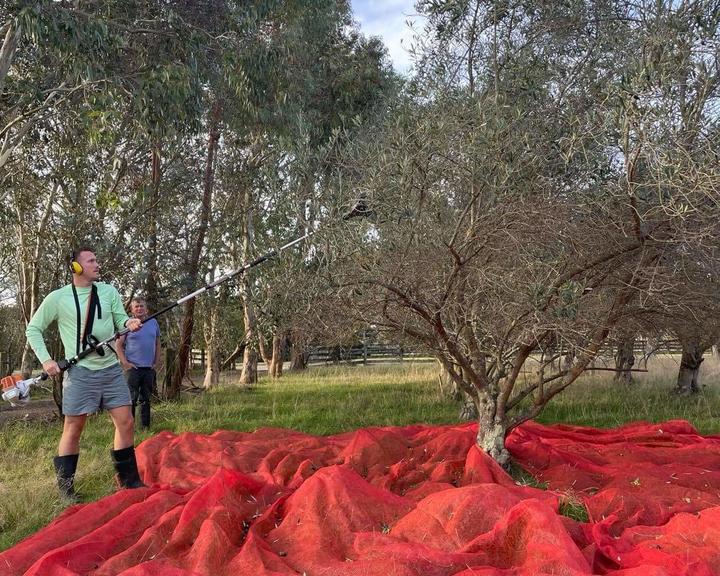 Apple growers in Nelson and Motueka are moving into pruning now that harvesting is done and dusted. A grower we talked to says his team of RSE workers have been amazing. He feels for them though. They came for six months but are still here after 18. He says some of their partners in Tonga have had babies that they have not yet met. In the orchard 55 percent of his apple crop was lost to hail this season. He says if they hadn't been hit by the hail storm he would have lost 20 percent anyway because there weren't enough people willing to do the picking.

Soil moisture levels are up after Marlborough got up to 70 millimetres of rain last week. Farmers are feeling a bit more positive but more rain is needed, especially on the East Coast. Stock are doing okay despite the overall dry autumn conditions. Scanning's down 3 to 9 percent on last year due to ewes being on light side going into the ram. Pruning's underway in vineyards but due to a shortage of pruners, more machines are having to be used to do stripping and mulching.

A massive clean up and repair job is underway across Canterbury post flood. Digger operators are working seven days a week for their farming clients. Volunteers are mobilising from all over and getting out on farm. The help being provided is very much appreciated by the farmers. It'll take months to get on top of all the work that needs to be done. Areas that were extremely dry, in particular Banks Peninsula, now have a green tinge. 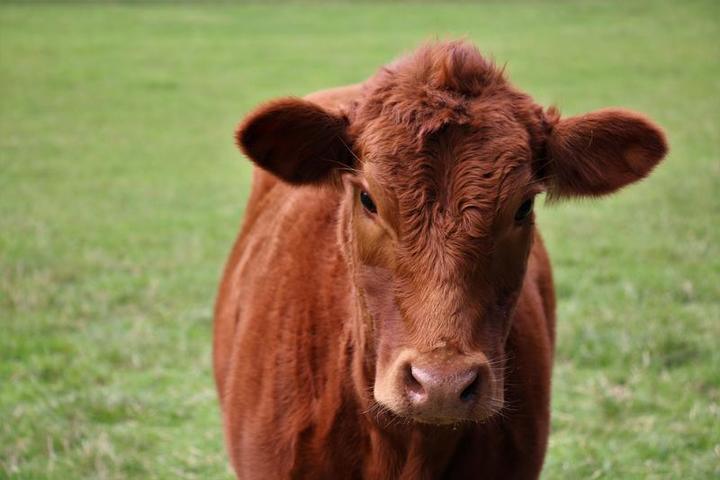 Milk tankers on the West Coast did their last official pick-up on Wednesday. A farmer near Barrytown says it's the end of an average season due to an average start. His main job now is moving break fences, general maintenance work and looking at fixing or replacing older assets.

South Otago farmers welcomed the tail end of the rain storms that slammed Canterbury last week. The ground is still dry though after what has been a very dry autumn. With little mud underfoot foot utilisation has been excellent. A farmer at Balclutha says his cattle are on fodder beet, while the ewes are on winter rotation and getting a top up of baleage and swedes. Scanning results are due later on this month but the farmer says he's not holding his breath.

A farmer at Edendale in Southland dried off his cows off last Friday. He was going to do it earlier that week but due to the wet conditions he continued milking as he says it was better for the cows than putting them on a muddy paddock of crops. Now he's busy getting half the herd ready to go to winter grazing and fixing fences that were damaged after a weekend of heavy rain at the end of May, that caused the Mataura river to flood part of his property. 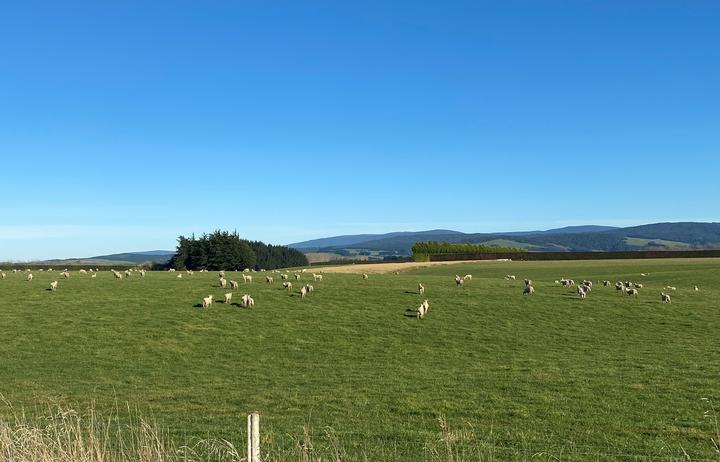