On the Farm - a wrap of farming conditions 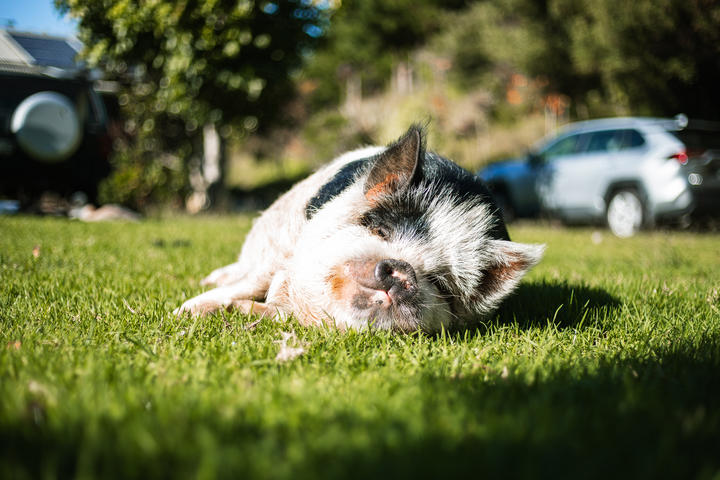 Northland's kumara season has wrapped up and it's been a bumper one, 30 to 40 percent more than last year, when only 3 percent more land was put into the crop. Kumara are a tropical vegetable and love the warmth and this summer obliged.  Kaipara Kumara says it's been many, many years since yields were so good and consumers will be the winners - on special kumara will probably sell for $3.50 per kilogram. Otherwise in Northland it's been a bit chilly and dairy farmers would like warm rain.

The vegetable growing district around Pukekohe has had a fine and cool week with south easterly winds drying last week's wet soils. By Thursday, the wind had dropped and growers were busy sowing seed or planting under sunny skies. Rain is expected this weekend.

Morrinsville in Waikato has had a couple of good frosts which will drop soil temperatures and slow growth.  With the first of June just around the corner and farms changing hands and milkers leaving for new positions, people are checking pasture cover levels to see if they meet the agreed level for for those moving on to the farm. Any deficit has to made up with bought in feed.  Dairy farmers' spirits have been lifted by this week's announcement of the projected 8 dollar per kilogramme of milk solids payout for next season. 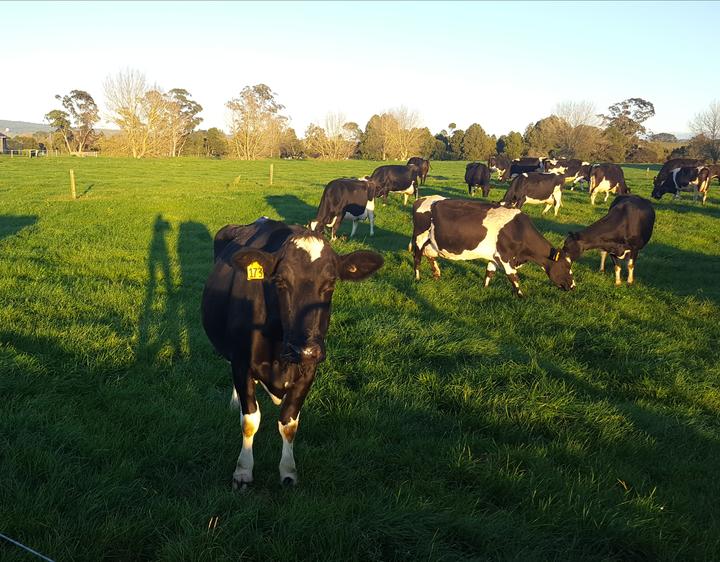 The Bay of Plenty orchardist and dairy farmer we called has just finished picking his gold kiwifruit and the green harvest is underway. He said it's been tricky to get all sizes of gold fruit cleared for picking as some were slow to reach the minimum standard for dry matter but that won't be a problem for green.  On his dairy farm he's going to keep milking past the 31st of May - for the first time in 30 years. It's been a very good autumn so there's plenty of grass for the cows, and supplementary feed is tucked away.  And cows are in good order, they have a condition score of 4.8 which is extremely good for this time of year.

King Country has had three ripper frosts in a row and some fog - but until now there's been a dream run and farmers have lots of feed on hand. Stock are growing well.  The rams are about to be taken out from the ewes, second shearing is underway and farmers are taking care of maintenance.  The region needs a good snow season now to inject some money into the towns.  Staffing's a problem though, it's difficult to attract chefs and general staff to National Park, they all left when tourism dried up.

The Gisborne region has been excited to see rain. Everyone has had some, 20 millimetres in some spots but more than 100 in Tologa Bay. It's been slow, steady rain and has soaked in well. There are still reasonable soil temperatures so there should be growth.  Sheep are being scanned so feed can be allocated appropriately . There's talk of the per kilogram price of next season's lambs going to the works having a 9 in front of it - farmers are delighted to hear that.

We're told Manawatu and Rangitikei have had some amazing grass growth for the time of year.  There've been some frosty mornings this week but bursts or rain as well. The farmer we called has just scanned his beef cows - and is stoked to report a 100 percent pregnancy rate.  Ewe scanning results are positive too, up 10 percent on last year.

In Wairarapa there was a mild frost on Friday morning and it's starting to get cold. Our contact says there was a green dought a few weeks ago where the grass seems to just sit there, but since it has rained and farmers have been racing around putting on fertiliser to make the most of it.

The Nelson region has had a few minus four point seven frosts but the days are lovely,  not a cloud in the sky. Stock condition is still good and feed levels are okay. Farmers here have been putting  baleage into the feed system set up by the Rural Support Trust so it can go to drought stricken areas .. 800 bales have headed south so far.

Our farmer contact in Marlborough was weighing lambs as we called .. he runs them under vineyards through winter. He was going to pre lamb shear some ewes but is holding off given the cold weather due to hit this weekend.  They're bracing for a southeasterly and will hopefully get 45 to 50 millimetres out of it. North and central Marlborough is looking okay, Awatere/ Seddon areas are still very bad and in for a long winter with no feed. 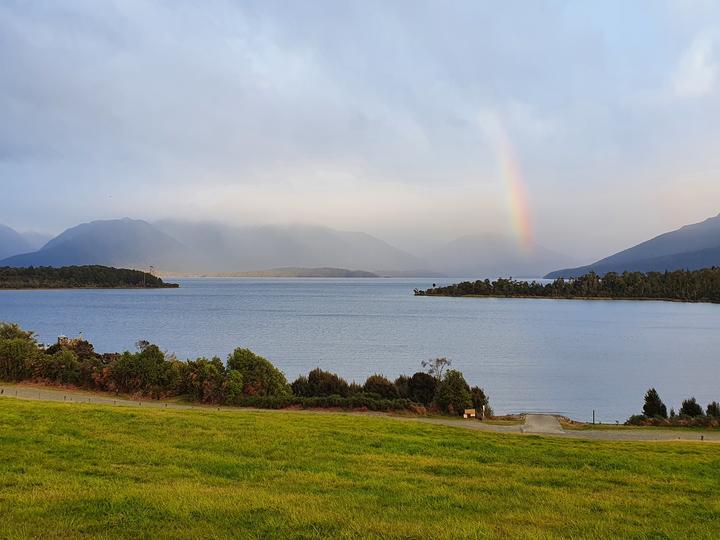 There were also cracking frosts on the West Coast followed by beautiful days.  Dairy farmers who have still been milking are drying herds off now .. which according to the farmer we spoke to is pretty good considering it's the end of May.

Winter arrived in Canterbury with a bit of rain followed by a couple of severe frosts at the start of the week. Significant heavy rain is forecast for this weekend which will be a welcome site for many. Many are now in winter mode with animals grazing on greenfeed crops over the cooler months.

South Canterbury had minus six and minus seven degree mornings. The predicted moisture this weekend will be welcome but it's too late to to help with feed reserves, and everyone's abit cautious incase it turns to snow.  Supplements are getting scarce with any surplus feed all accounted for. 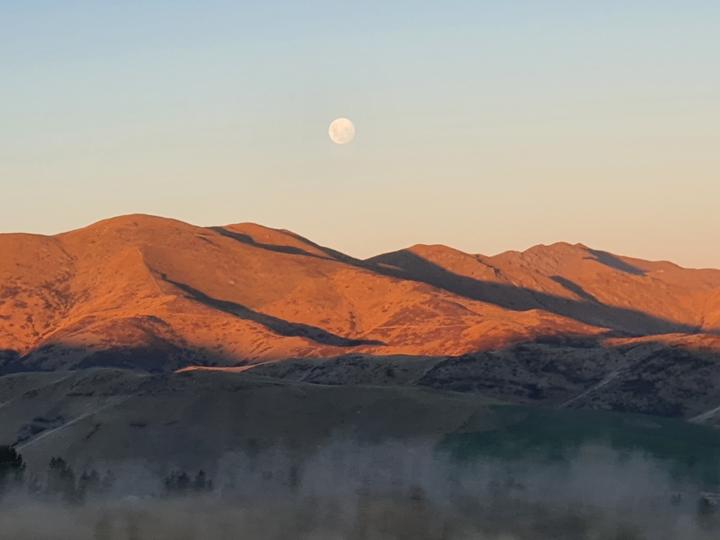 Central Otago cracked in with minus ten degree frosts. The Idaburn dam iced over completely.  On Friday it was raining and raw .. and it won't do any good .. the surface will just go mushy because ground is frozen underneath..  Lawns at the Hayes Engineering workshop haven't needed mowing since mid March, there's been no growth.  A Winter Feed competition held in Omakau the other day raised 78 thousand dollars .. half will go to the Rural Support Trust and half shared between the two organising schools.  Winter feed competitions are when farmers put their winter crops like turnips, swedes and fodder beet forward for judging .. a panel of judges visit all the farms and pick the best crops. The evening prize giving and auction raises the money.  Local businesses like seed merchants and  transport operators all sponsor the event too ..The Maniatoto area is hosting a Winter Feed competition on Friday night. Our contact was catering for it .. on the menu for 130 people is ham, steaks chops and spuds and salad, followed by cheesecake

It was freezing this week in Southland with heavy frosts.  Dairy herds are going onto winter crops as they're dried off so farmers are having busy days doing that job. Feed levels across  the province are quite short, and those carrying extra bulls that can't get into the works are having challenging times. Ground is getting soft and it's less than ideal. Meat companies are trying to help and where there's strife are buying the animals and moving them to grazing blocks to help out.