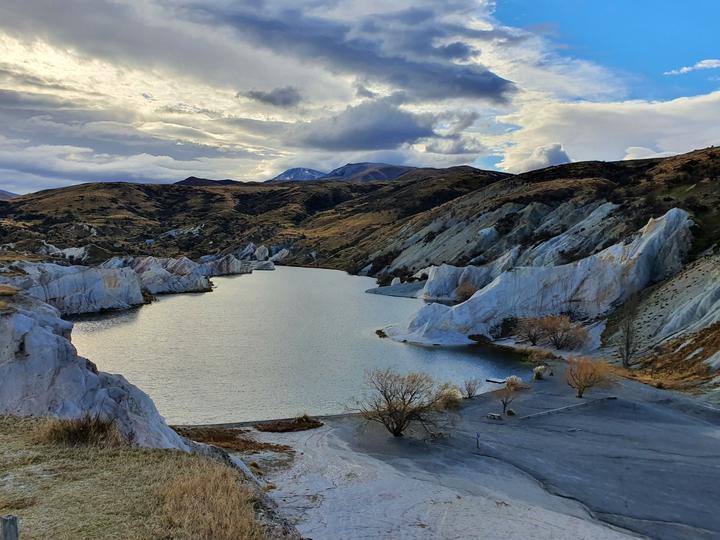 There was a little more grass growth in Northland this week from the tiny bit of moisture that fell, but it's still unbelievably dry. There's been just enough growth for the cattle market to have improved although there still is not huge confidence the growth will continue and, if it turns cold, buyers will turn the tap off again

Pukekohe vegetable growers have had their activities restricted due to rain and showers keeping soils wet this week. Temperatures are still mild with light winds. The coming week looks more settled.

Waikato had heavy bouts of rain and grass is still growing well. Facial eczema has had a long tail to its season and some stock are still getting affected. The region's green kiwifruit is being picked. Up until now the gold harvest has been filling up the packing lines at packhouses.

It's been showery and overcast for more than a week in Bay of Plenty. Our farmer contact received about 42 millimetres but he says lower country got between 70 and 100mm. Pastures are looking good and it's still warm. He says some of his kiwifruit neighbours are having a time of it. They've been delaying picking, trying to get more fruit up to Zespri's spec and by the time the small fruit sizes up the bigger fruit's gone soft. He says one orchardist lost his entire crop because he waited too long.  Others are electing to pick only the biggest fruit rather than the whole lot, so they don't get a high reject rate at the packhouse.  Many dairy herds are now dried off. 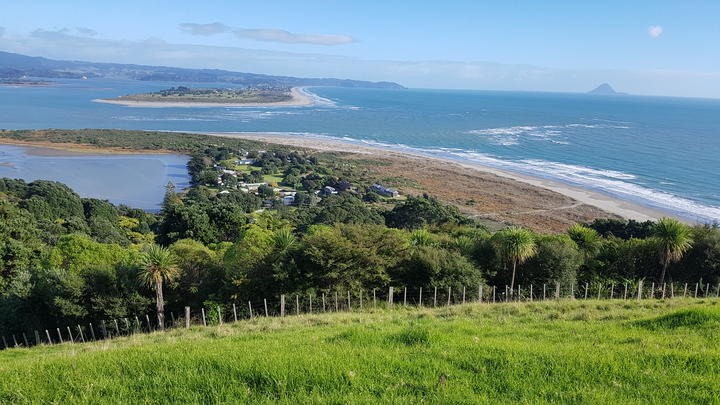 King Country had really good rain but it's turned cold. Ruapehu and Ngauruhoe have good coverings of snow.  Bull sales are starting in a couple of weeks so Taumarunui has had four Angus studs host bull walks .. that's when potential buyers come and view the bulls on the farm.  Store lamb prices have shot up to around $110 a head. And forward contracts for animals to go to the works in August are very strong. A number of farmers have crops left to chew off so they're competing for the store lambs.

It's been mixed weather in Taranaki -  rain and cold days, but also sun. Mt Taranaki has snow back again. It came and went last week. A good number of dairy herds are now dried off. Sometimes a high payout tempts farmers to milk on but this year they appear happy to pull the pin and get well set up for winter and spring. There are good levels of supplements on farms … people are mindful other regions aren't in such a position.

East Coast  had heavy rain at the start of week .. it was terrific. Three weeks ago soil moisture levels were 27 percent of normal ... now they're back up to 100 percent but feed levels vary widely. The kōrero on farm is that the winter will be tough so farmers are bringing in lots of baleage and haylage and using the Ministry for Primary Industries feed budgeting support on offer. A 10 hectare gold kiwifruit orchard has just sold for over 10 million dollars. The last record price for that size of property was $9.8 million.  Up the coast, it's harvest time for maize - which ends up in food like cornflakes. 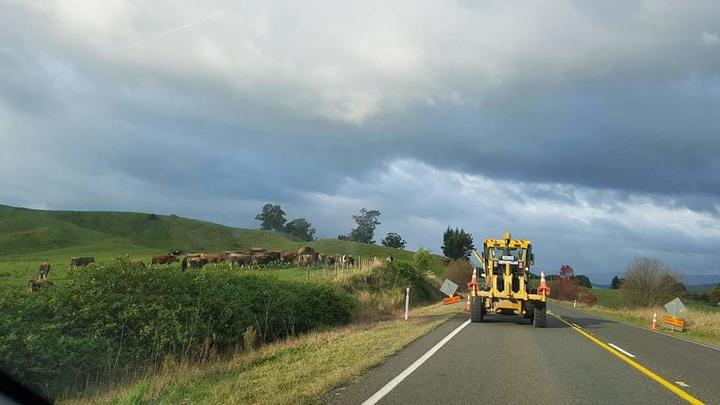 Hawke's Bay only got a little bit of rain and hopes are for much more this weekend and next week. It's going to be a slow end to the dry. The Rural Support Trust has surveyed farmers and despite the extreme dry, mentally they seem okay. They feel they're entering winter with feed on hand, or have found grazing elsewhere. They've got their stocking rates down and animals are in good order.  They've been able to get stock to the works which was a huge relief. There are still huge concerns about soil moisture levels though.

Wairarapa had rain and there was some growth but it's colder now. Northern regions have soil temperatures around 11 degrees ... at 10 growth stops. Further south it's 13 degrees.  There have been a couple of doozies of frosts.  Most dairy farmers have dried their herds off.  Dry stock farmers are going okay but more growth would be appreciated.

Things got wetter in Horowhenua  this week, there was a fair bit of rain … which was rather unpleasant … but temperatures are still okay. Farmers are thinking about drying off so they don't compromise next season.
Chilly nights have led into nice warm days in the Nelson region. Our contact in Golden Bay says most dairy farmers in the area are a bit short of pasture cover and there's a fair bit of drying off going on. If farmers don't hold their covers now, there won't be enough grass going into August. He's dried off a third of his herd. 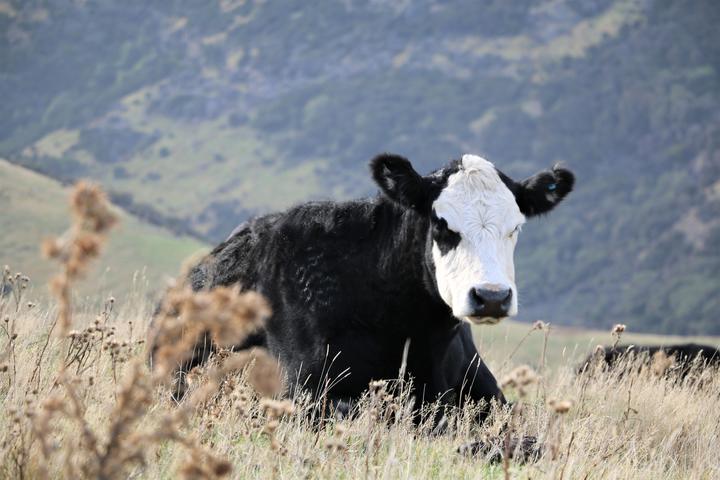 A sheep and beef farmer inland from Seddon in Marlborough was looking at the little bit of black soil on the surface of his paddocks when we called. He'd had between 20 and 30 millimetres of rain this week, enough to wet the surface but it's still very dry below. However soil temperatures are still very warm and the sun has plenty of energy in it, although the number of sunshine hours is steadily diminishing so growth will too. He's certainly not out of the woods yet and supplementary feeding continues. He's ok, he says, because he's only carrying about half to two thirds of the stock he normally would. Others are much worse off.

Our contacts in Canterbury have spent quite a bit of the week traveling around the region and say things still look very dry and in places irrigators are still going. Feed is short and there are truck loads of baleage heading in all directions. Those in the worst hit areas continue to reduce stock numbers and keep waiting for a decent rain and some growth.

On the West Coast it's been wet and cold - but mainly just wet. Rain was coming earlier and harder than usual - one dairy farmer said some people were taking feed from the coast over to Canterbury, the first time he'd heard of it moving that way. It's a worry the heavy rain might carry on into winter. Some herds are drying off much much earlier than usual. Some farmers are still struggling to offload stock at the meatworks - and having more animals than they'd like to is putting pressure on feed supplies. 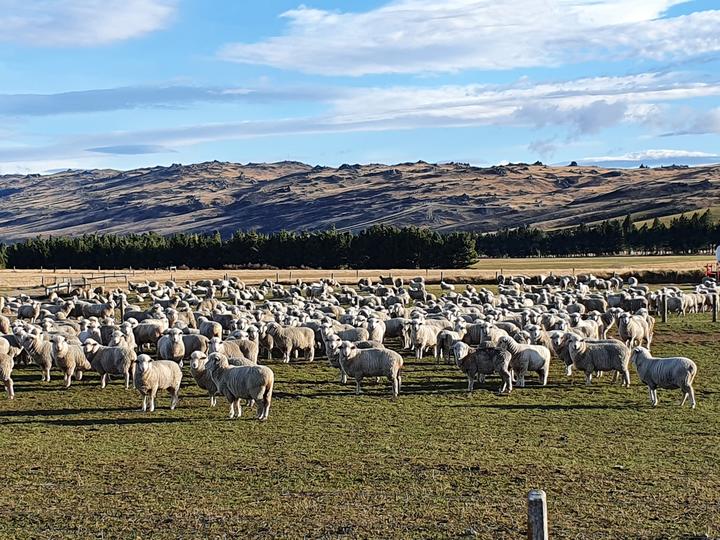 An Otago farmer says the season's been tough. Covers are very low with only 25 millimetres of rain this month, half of that only arriving this week. At least soil temperatures are still reasonable. They say the month of May makes or breaks the winter for farmers here ... they really needed the rain a bit earlier. There's not enough surplus feed and it's going to be a tough winter. "We've just got to put our heads down and bums up", our contact says, to try and keep condition on the ewes.

Our contact on Southland's southernmost coast had 50 millimetres of rain, hail and snow this week. The snow disappeared after 12 hours, melted by the rain. Despite that, after a good tail end to autumn, stock are coping well. They're being fed adequately on breaks but it would be good to have more hands to do the work. The rams are coming out today after four weeks with the hoggets. The farmer's planning to take some roadside trees out in the next ten days despite winter blasts as the price is reasonable at the moment. Looking around the province, he says dairy farms are drying off although the good payout is a temptation to milk through.