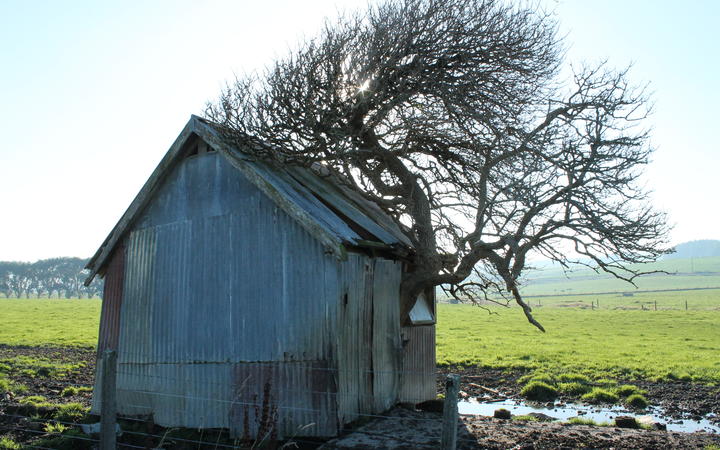 Lovely rain this week in the north has not been so welcome on Bay of Plenty orchards in the midst of kiwifruit harvest and there's been sleet, snow and some wicked frosts down south.

Northland has had varied amounts of rain this week. Whangarei had 12 millimetres whereas further west they had three times that amount. Pasture covers are lower than this time last year which is a significant concern for dairy farmers. It's going to be a challenge for calving. Putting on nitrogen and elemental sulphur are levers people can pull to keep grass growing. Dairy cows are lighter than normal and a consultant recommends priority feeding early calvers and younger ones. A consultant says beef farmers are in a positive mindset even though the schedule is not "rockstar". The flow into the works is better than last year.

It's been a week of two halves around Pukekohe where fine weather prevailed at the end of the wet first half of the week. Most of the early onion crops have been sown but the area has been reduced due to significant main crops in storage which compete in the market place with the early in spring. Transporting export onions to Europe is still fraught with problems. Concern  has been expressed that some of them may arrive too late to receive a rewarding price.

Most of Waikato had reasonable rain this week. Pastures are growing well and most cows are still milking although getting into the drying off phase. Cows should be in good condition going into calving as most farmers have fed supplemental feed during the dry. 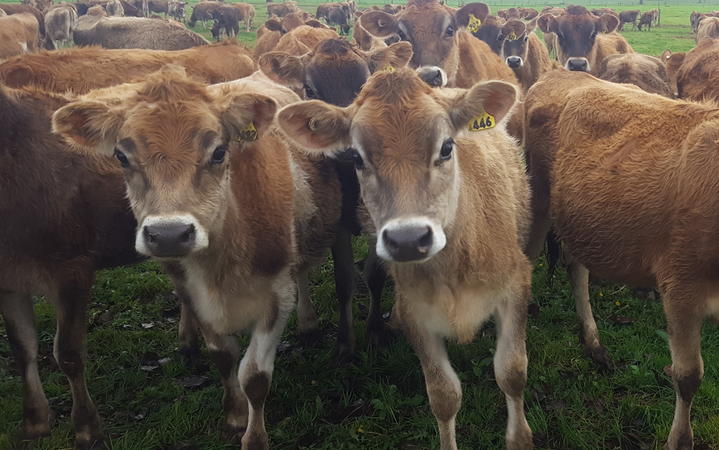 A Bay of Plenty kiwifruit grower was sitting in the sun having a coffee when we rang. He says it's the last day picking gold and people are getting tired. There's a lot of fruit to harvest this season. Losing four days of the last week to rain hasn't helped a raggedy end to the harvest.

The cooler temperatures affecting the country meant there was quite a fall of snow on Mt Taranaki mid week, but come a sunny Thursday quite a bit of it had melted. Northern parts of the province received about 40 millimetres this week, further south it was about 25 millimetres. It's been a terrific time for autumn calving dairy herds.

The promised rain largely by-passed the Whanganui region while further north up to Taumarunui it did get wet. Whanganui is still green but rain is needed now while the ground's still warm. It's been a good end to the dairy season - farmers are feeding out the excess supplements they've grown so they can keep milking.  A high numbers of cows didn't get in calf so a lot of farmers are hunting for in-calf cows to purchase now. Store lamb prices that had crept up a bit seem to have stalled ... obviously Hawke's Bay farmers are still too dry to be buying extra mouths.  Otiwhiti Station is holding an open day on the 5th of June. It trains sheep and beef farming cadets and there are 16 places up for grabs next year.

Gisborne  finally has had lovely rain .. .about 40 millimetres fell on Thursday. Even on the Gisborne flats growth had stopped. The cold rain has dragged soil temperatures down a little but hopefully there are still some warm days to come.  Beef farmers are feeling a bit down about cattle prices. Our contact says beautifully finished heifers are not fetching the prices they deserve .. in fact manky old bulls sell for about the same amount which is super frustrating.  Overseas restaurants need to open up again. Lamb contracts for winter are promising. 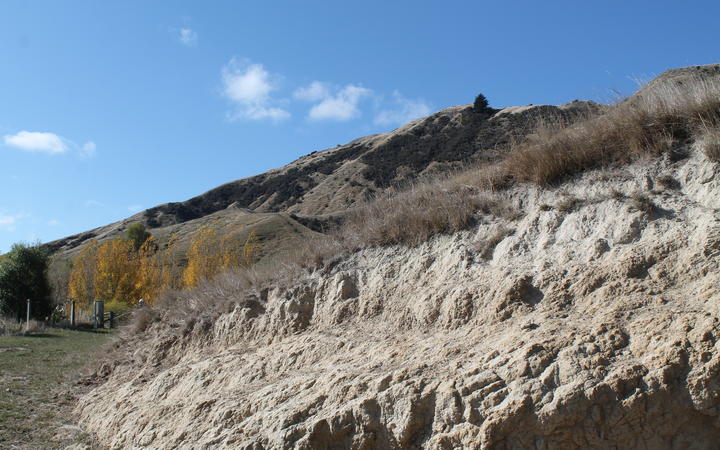 Parched Hawke's Bay had patchy rainfall on Thursday  .. anything from about 10 to 25 millimetres. It will kick  newly sown crops and grass into gear.  Follow up is desperately needed. About 350 people attended the Hawke's Bay Farmers of the Year Field Day on Thursday .. it was on Andrew and Maddie McLean's farm at Wallingford.

It's been unbelievably warm all month in Wairarapa -  well until the southerly popped through mid week.  But it had been so warm the farmer we caught up with said he almost couldn't muster in the middle of the day.  There's been frustratingly little rain falling .. in the 10 millimetre range. Farmers are settling into winter mode, some are starting to feed ewes silage or baleage  as grass is not growing, and they're needing to build up covers for winter. 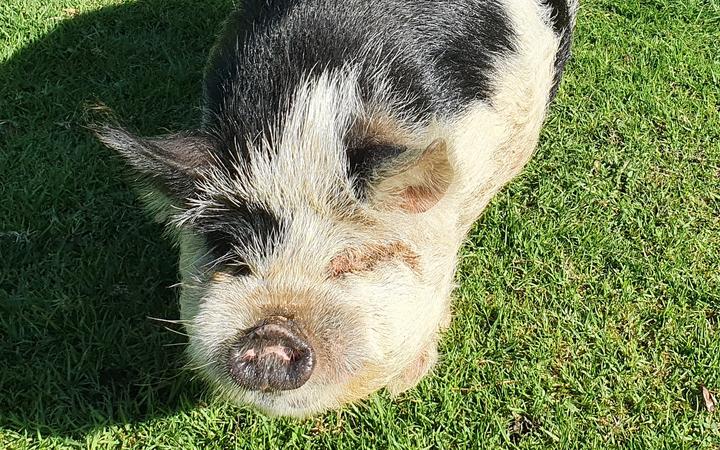 Horowhenua  has continued to have a magnificent autumn. A bit of welcome moisture has arrived. Growers and farmers say they couldn't ask for better. Dairy herds will milk until the end of the month and farms are getting well set up for winter and spring.

Nelson started the week warm and humid but cold rain arrived midweek, as well as lots of snow in the mountains. People are battening down for winter. With space tight, cattle are slow moving to the works - it seems bigger farms are getting looked after rather than smaller ones. Dairy farmers are looking to maximise returns and will milk to the end of the season if they can. All in all the region's well set up for winter, even the dry areas are looking good.

The farmer we called in dry-as-a-bone Marlborough had 20 millimetres of very welcome rain this week. There was even a touch of frost. Pregnancy scanning of ewes is underway. He says knowing how many lambs ewes have on board will help him make decisions about feed - which is very important when there's little to go around. In vineyards posts are being replaced and pruning's well underway.

On the West Coast, sub tropical Karamea has had 80 millimetres of rain - which we're told was more than the doctor ordered. It was beautifully sunny on Friday morning. Culls have been sent off our contact's farm and he's now down to his basic herd - which is still milking. There's a just comfortable amount of grass in front of the cows.

Finally some rain landed in Canterbury with 10 to 20mm falling across the region. With it however has been snow on the hills and heavy frosts - quite a change from 24 degrees on Tuesday. Feed levels are tight and alot of baleage is being transported to those in need. Hopefully more rain comes and some mild temperatures - they're both in the forecast. 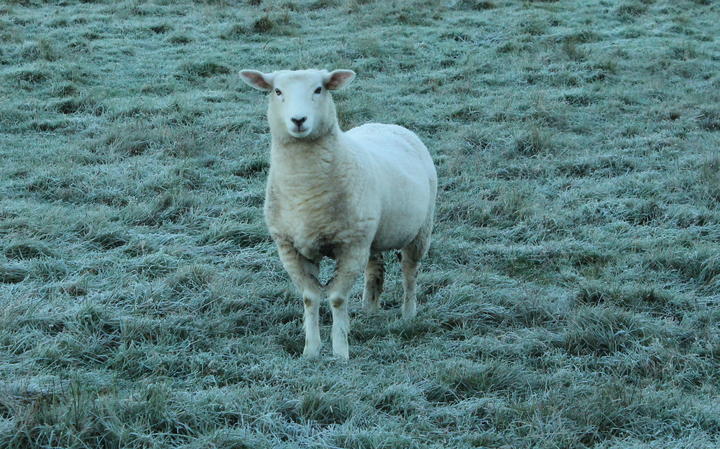 Farmers in the Ida Valley in Central Otago woke to clear blue skies and minus 7 degrees on Thursday and minus 6 on Friday. The farmer we called says that's not too unusual  for May. He remembers as a boy breaking through ice to get to a duck on opening day. He says a winter feed crop competition was being judged in the Maniatoto on Friday. Turnips, swede and fodder beet crops will be weighed and per hectare measurements taken. 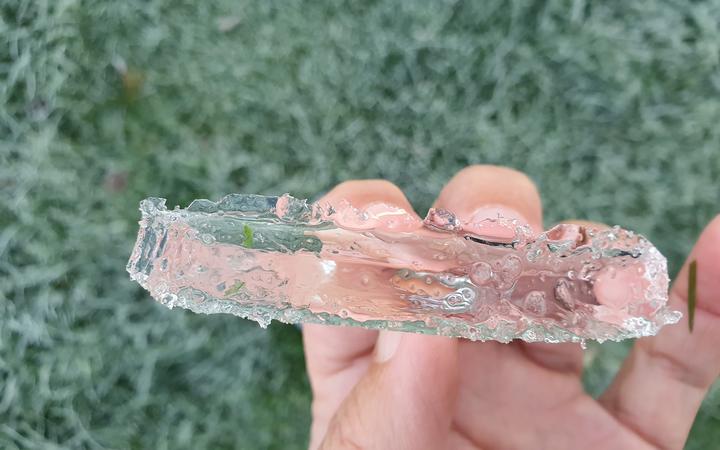 Southland had sleet on Tuesday night and wicked frosts to follow. The Takitimu Range has a thick coat of icing. Gardens have taken a hammering. Hydrangeas that were blue on Tuesday were black by Friday. Working conditions on farm have been fabulous  - if you've wrapped up warmly. There was barely a breath of wind on Wednesday and Thursday and not a cloud in the sky. Cows are being dropped out of herds as the end of the milking season approaches. Paddocks across Southland are dotted with bales of feed ready to be slashed open during winter. 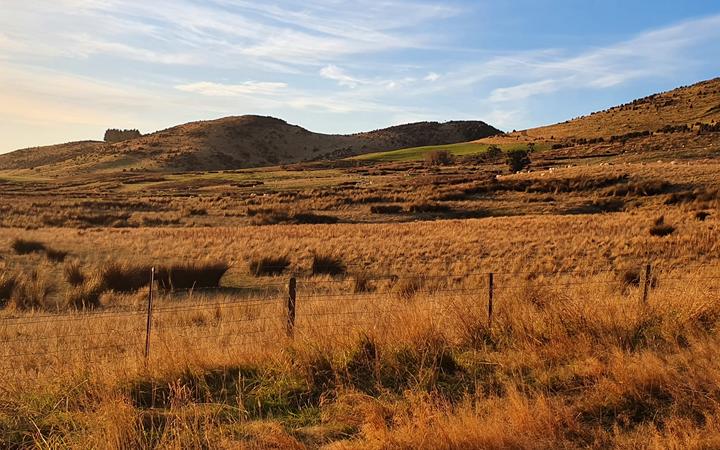