It's bone dry on the East Coast of the North Island, a hunter out near Hikurangi says in the 20 years he's gone out it's never been so dry and Marlborough is still hunting for rain, while the West Coast of the South Island wants some drier days. 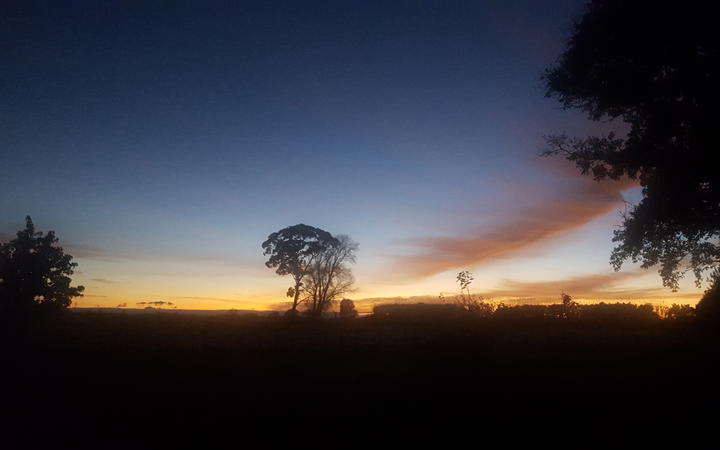 Northland's had phenomenal weather - if you're a tourist, but there's not many of those about. It's way too dry for farming.  There's very limited growth and that's affecting the markets which are poorer than during lockdown.   Animals are coming onto the market but are very hard to sell.  Dairy herd prices are down on last year - despite the payout being one of the highest yet.  Average cows are selling for $1350  down $180 to $200 on last year.

In Waikato the Hauraki area is dry but otherwise grass has been growing well. Cows that are still milking are producing well for the time of year.  Maize crops for grain have yielded very well.

In Bay of Plenty great weather is letting the gold kiwifruit whiz off the vines, and here, as elsewhere, getting into growing gold kiwifruit is becoming a very expensive business. It was announced this week that the median price for one hectare of G3 licence was $550,000, up from $400,000 last season. Red kiwifruit's median price was just shy of $75,000, last year, the first year it was on offer was $62,500.

King Country has a bit of green grass, but it's dry, and now it's turning pretty cold. Store lambs have been selling well, in fact better prices than if they were going to the works, about $120 for a 35kg ewe lamb. The price difference between store and the works is balancing out more this week. In-calf heifers were a bit hard to move at a sale in Te Kuiti on Thursday; there are just not the buyers around.

Coastal and South Taranaki have had an exceptional autumn but the province would like rain while soil temperatures are still good. Higher than average numbers of cows are still milking and there's a lot of late season milk being picked up. It's been a much better year for farm sales - land prices are still not where they were five years ago but there have been some relatively good sales all the same. Banks seem ok with lending.

Last week there were four ships waiting to load with logs in Gisborne - prices are pretty good so there 's a bit of a hum around that. The region looks greenish but soil moisture levels are sitting at about 27 percent of normal for the time of year. The consultant we speak to went went hunting a couple or weeks ago in the roar - he's been to the same place at the same time for about 20 years. He says usually there's a lot of water running on Hikurangi but it's just bone dry. Sheep and beef farmers are stacking up haylage and baleage, expecting they'll need it. 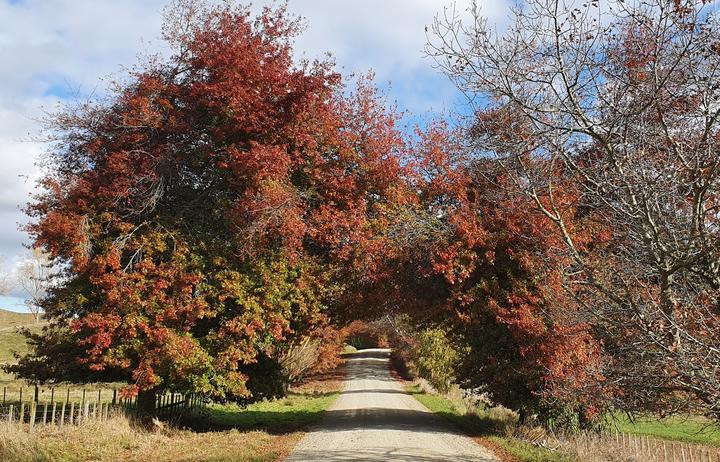 Hawke's Bay is becoming drier and drier. it was green a month ago but  now it's brown. Late autumn droughts are some of the worst. There have been several frosts already ground temperatures are starting to drop and when there is rain there's less of a chance of  growth. Some forecasts are showing rain might arrive next week, even a little would help. Thankfully some farms hadn't re-stocked fully after last year's summer drought and there is a bit of demand for Hawke's Bay's surplus animals from Manawatū and Taranaki

We're told Manawatū is looking peachy, it's been a boomer of an autumn. There's  been enough rain to grow grass but not enough to mess up paddocks. Taihape farmers are tight for feed.

Wairarapa farmers have been scanning weather forecasts to see if rain's on the way. Just 0.2 millimetre fell late in the week, just enough to make the outside chairs damp. There's concern dams may not have the chance to fill. The ram has been out and seems to have been doing a good job with the ewes but, with a soil moisture deficit, farmers are having to decide whether to put the boys with the hoggets. The hoggets are young and you have to priority feed them, so you need enough grass. If they're not well fed it can jeopardise their future production. On the upside it's been great weather for spraying gorse.

A fruit grower at Appleby in the Nelson region says it's been the most challenging season he's ever had labour-wise. He usually relies on backpackers and it's been very hard to find reliable locals to fill the bins. He says he was lucky enough to borrow a gang of Tongan RSE workers from another orchard which saved his bacon and now he's seriously looking at whether he wants to continue growing fruit as it's been so stressful. Most harvesting's finished apart from some late apple and pear varieties and it's still busy in the packing and grading sheds. People are applying post-harvest sprays and putting on urea to feed the trees. Under the yellowing leaves pruning is already underway in some orchards.

The Southern east coast of Marlborough and the upper Awatere valley areas are still extremely dry. It's been at least six weeks since the last drop of rain. Farmers are having to prioritise what stock leave their properties and work our out how and what and to feed capital stock over winter. Consultants have been helping some farmers with their feed budgets. Central and north areas are also dry but not as bad. Our contact who farms sheep and cattle near Blenheim says he's only had 80mm of rain so far this year, just enough to keep things ticking over. Ewes are behind wires on rotation, the rams have finished and calf weaning is all but done. In the provinces vineyards yields are back 30 to 35 percent on last year. Everyone's into pruning now but there's concern that it might not be finished by the end of winter due to the shortage of labour.

A lot of dairy farmers on the West Coast  are looking to dry off their herds on 20 May. The weather will dictate this though as dry conditions are preferable. A farmer at Lake Brunner says it's been a very wet autumn. It seems to rain for four days, delivering about 200mm, then it's fine for two, so not enough time for the ground dry out. To reduce pugging, cows are on grass for reduced periods. Milk-wise cows are not doing as well as they could due to the lack of quality grass. The farmer is still waiting to get his culled cows away from weeks ago. He says the delays are due to shipping delays and so the freezers being full.

Canterbury has had another warm dry week with the odd frost to boot. Dairy farmers are on the count down with only a few weeks of milking left this season. Grass grub has reared its head this autumn with bad pasture damage evident across the region, a double whammy for those suffering from the dry conditions.

On the Taieri Plain in Otago conditions are dry. There's not been a good dollop of rain there since February and some cows are looking a bit on the light side. Just like on the West Coast, there's a bottle neck of cull cows waiting to go to the freezing works. On some farms this means an extra 50 to 100 mouths to feed. Some people are already eating into their winter feed supplements. They'll be hoping it's a kind winter so they don't go short before spring.

Farming is ticking along okay in Western Southland. When we spoke to our contact up the Blackmount Valley he was shifting a recently acquired mob of bulls for finishing. They average 480kg now and, by the time they go to the works, he's hoping they will have added on an extra 140kg. A load of lambs averaging 18kg went to the works this this week and he's still got 1000 to go.  Crossbred wool from the farm that went under the hammer last week sold for only $1.50 a kilo greasy. That's less that last year when it actually cost him $50,000 to get it off, so he think's it'll be another in year in the red for the wool clip.