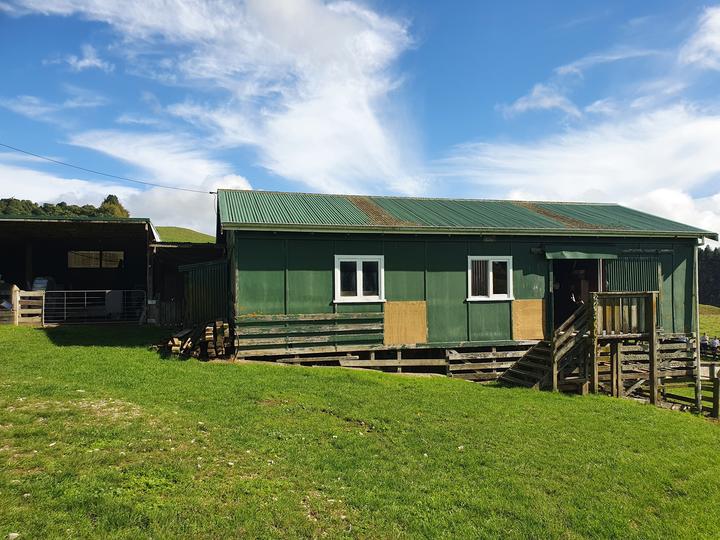 Most North Island regions that desperately needed rain didn't get any this week and snow has appeared on Mounts Ruapehu and Taranaki, meanwhile the situation is grim on many Marlborough and North Canterbury farms as the dry is biting harder and harder.

In Northland most farms have adequate feed but there's still a critical shortage of water ... after three years of too little rain. We're told the region needs 1000 millimetres of rain before October to get out of jail. Drains have no water in them and three dairy farms have had to dry off their herds because either their dams are empty or their bore has run dry.

The Pukekohe district had close to 40 millimetres of rain at the start of the week. With sunny skies and light winds afterwards, most fields were dry enough at the end of the week to plant brassica crops. Winter's keeping its distance - for now.

Around Tokoroa in south Waikato it's been cool in the mornings and there's even been a touch of frost in the gullies.  Friday started with cold showers. Soil temperatures are pretty reasonable and grass is growing - albeit at a slower pace than a few weeks ago. The farmer we called is still milking 920 cows twice a day - that's almost his entire herd. They're producing very well. He's very excited to have bought his first farm - a grazing block. It's been a long time coming as he's been sharemilking for 13 years. He says as a sharemilker you live your life not owning or living in your own house, so he can't wait to have a base off the farm he's working on. 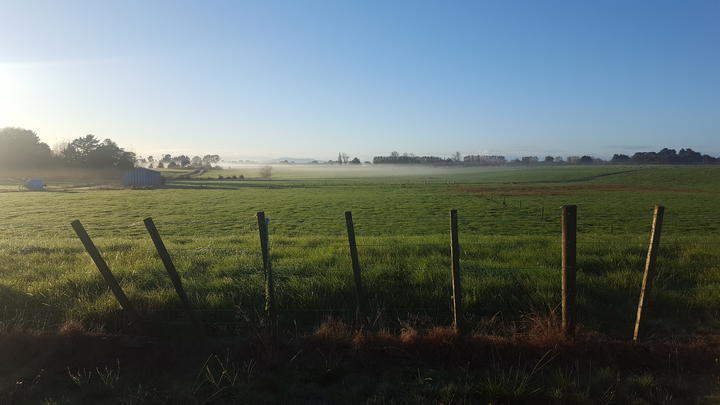 The harvest of gold kiwifruit is just over half way through in Bay of Plenty and there seem to be enough people - thankfully - to get the crop off the vines. The fruit's big this year. Growers are waiting to hear what prices have been paid for licenses to grow gold fruit. Last year the lowest winning bid was $380,000 per hectare and the average was more than $400,000 - this year it's expected to be over  $500,000. Zespri is selling licenses for 700 hectares.  On the dairy front it's been a good autumn the grass is growing, it's not too cold and there's been enough rain. The farmer we spoke to is expecting to end the season having put 12 -13 percent more in the vat than last year.

In King Country the last of the rams are going out. There's been good rain and that's kept the grass growing. Night time temperatures have taken a dive and there's quite a bit of snow on Mount Ruapheu. The region's back country tourism operators have been delighted with the number of Kiwis exploring the country.

Mount Taranaki has also had a dusting of snow, and light frosts have tickled the province. Grass supply is moderate to good, and there are lots of supplements on hand. Dairy farmers are planning to milk into May but the consultant we spoke to says for many it won't be far into May. Cow condition's a bit light and the cows need a break so they can put on a bit of weight before calving next season.

Across the island to Wairoa and the farmer we rang was harvesting his maize under fine skies. He says farms are a bit bit short for pasture. He's very concerned about the state of  State Highway 2 between Wairoa and Napier. He says work on the road is long overdue, it's very windy, full of potholes and the passing lanes are too short and it's very risky for drivers trying to pass trucks. Three to 400 logging trucks a day use the road and more forestry is coming on stream that could see 700 trucks and trailers a day on the road. He says the forestry companies need to cough up for the roads. 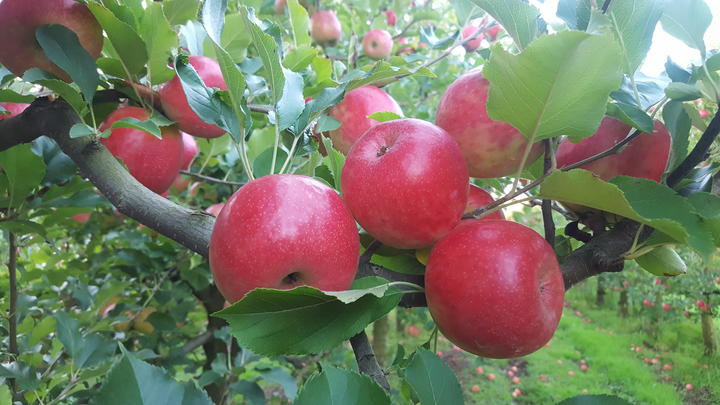 Hawke's Bay has had next to no rain, just a couple of millimetres and although the plains look green the soil is powdery. Grass is only staying green because of the dews. Grape growers are waiting for leaves to drop and then pruning will begin. Our contact says despite reports of light crops this year, on his vineyard the yield was slightly up over-all.

Wairarapa ended the week with a gorgeous, fine day. Most farmers would like a little more rain, and those that have turned off their irrigators are wishing they hadn't. Our contact says he picked up some fences posts that had been sitting for a while to find big cracks in the ground, that's quite unusual for this time of year.

The Tasman region's had a fine week, some are saying it's getting dry but the grape grower we spoke to was happy with conditions. Pruning is starting on vineyards and with lots of grass growth, sheep are going under the vines for grazing too. Grape yields were 50 percent down this season because of bad flowering, hail and frost. As a result local producers are putting green stickers on their wines in the supermarket to highlight locally produced wine in the hopes consumers will buy it ahead of other wines ... they're asking locals to support local. Apparently it's going well. 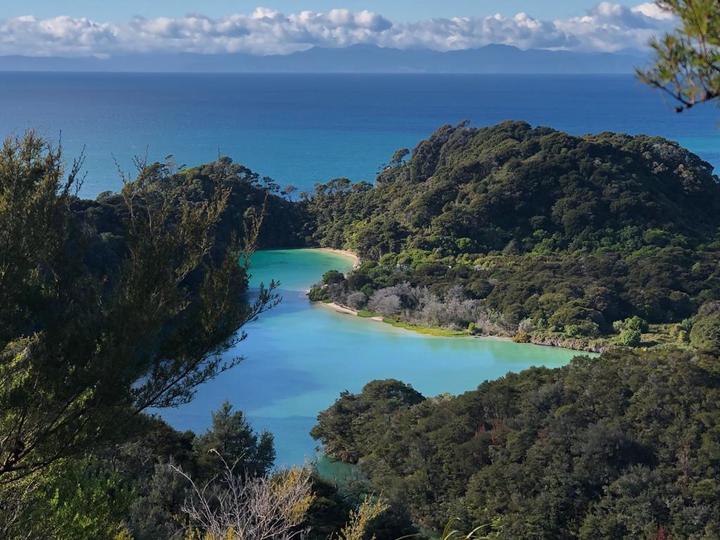 Marlborough farmers are just waiting for rain to arrive.  The government put another $900,000 into drought relief nationally this week and farmers here say they're pleased their plight has at last been recognised. The money will be co-ordinated through the Rural Support Trust and will go for things like linking farmers needing extra feed with those who have feed. It could also be used for technical advice from consultants and ensuring good support around mental well-being.

There have been fine days on the West Coast this week, but it wasn't hot and windy so it's remained wet underfoot. The end of the season's poking its head up with a sudden temperature drop. Our dairy farmer here made some very late baleage this week, still has grass to sow on Monday, is liming paddocks and feeding out.

In North Canterbury the dry has been biting harder and harder over recent weeks. There's been some drizzle but not enough to make a difference. The farmer we spoke to says normally autumn rain is when farmers get good crop growth but this year he's seen crops that have actually shrunk. This means the feed available now is pretty much all some farmers will take into winter. Farmers are being encouraged to do feed budgets and offload stock to match.

Some rain has fallen over Canterbury in the last week, but it is not enough and the amounts were quite variable. Frosts have started so the likelihood of much growth from here on is slim. Farmers are selling beef calves and the last of the prime lambs. Milking cows will soon be dried off, and the focus turn to the coming year.

Otago has managed to catch a bit of rain helping improve soil moisture levels. Hopefully temperatures will be mild so there's decent grass growth. Milk production on our farmer's property is going to be down on initial indications. 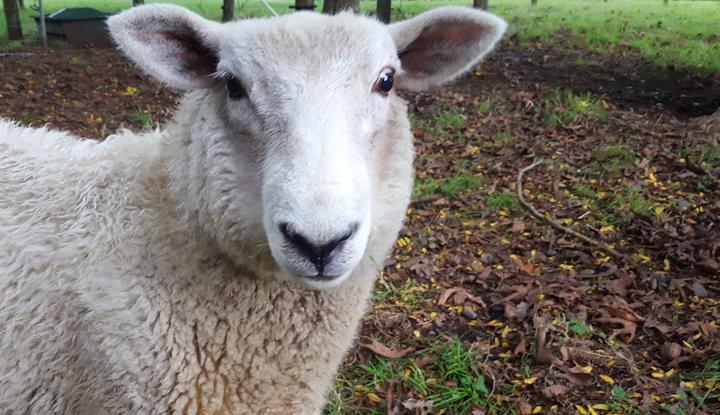 Southland farmers had their first taste of winter this week with a cold and wet snap arriving, there's even snow on the hills. Like other parts of the country, the rain was appreciated but they're also hopeful for some warm sunny days. Grass covers are very low because of the dry start to the year and lots of farmers are feeding out already which is a time consuming job.