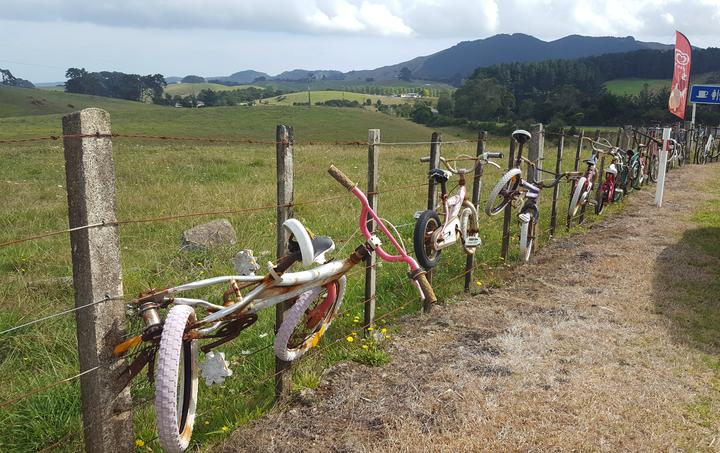 In the North Island at least one Taranaki farm's on track for a record milk production season while Southland farmers think they've dialled up one of the best possible autumns.

In the Pukekohe district, at last, dry, brown grass is giving way to green - thanks to substantial rainfall last weekend mainly fine, mild weather this week with the odd shower.  Brassicas have sized up and are looking good. For most crops, irrigation equipment has been given a rest. Moist soil has responded well to cultivation as growers prepare fields to sow onions.

Waikato around Paeroa is looking very good - there's been a bit of rain which has help fertiliser soak in.  More rain is expected over the weekend and next week.  The farmer we called is moving to another farm on the first of June and is really pleased to be able to leave the farm he is on with good pasture covers.  He says his cows are milking 'phenomenally well' - they're producing 20 percent more each day than they were at the same time last year. He says he'll definitely be milking right through to the end of the season with all of the cows.

Rain before Easter in Bay of Plenty  has really kicked growth along on farms. It's still very mild and facial eczema spore counts are higher than farmers would like. There' are huge signs on road sides advertising work in the kiwifruit industry. The gold harvest is underway

There was a good fog in King Country on Friday morning. The region's responded well to last week's rain. With winter approaching farmers are dropping stock numbers. Weaner cattle are being sold and store  lambs are heading out of the area - to Hawkes Bay and Wairarapa. Lots of hunters have been passing through Taumarunui as they head out for the roar. Domestic tourists have been coming too,  to do the Forgotten World rail tour.  The New Zealand shearing championships are underway in Te Kuiti - they're an even bigger deal this year than usual as last year's event was cancelled because of the lockdown and this year's Golden Shears didn't go ahead either. 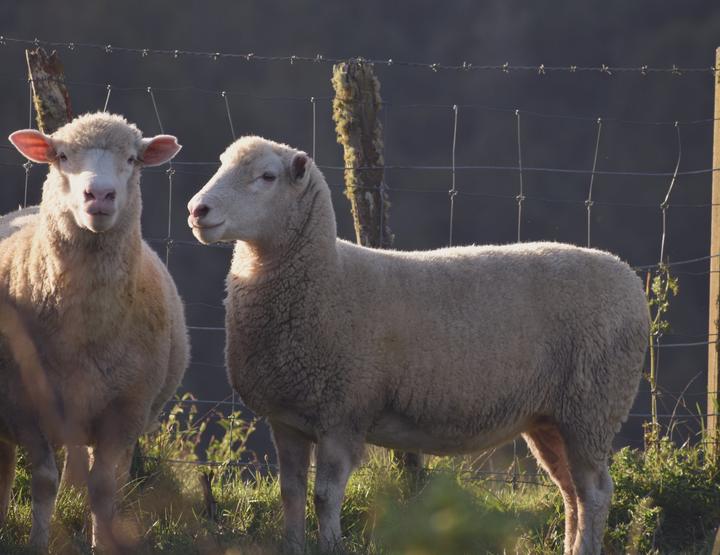 It was a stunning day on Friday in Gisbonre. The big vegetable grower Leaderbrand has almost finished constructing a dam to collect water off the roof of the huge indoor growing facility it's about to build. It'll cover 15 hectares in all. The equipment to build the structure is on the water - 50-60 containers worth -  and site prep is planned for before winter rains come.  A new coolstore for Leaderbrand's vegetables is also being built and the old one demolished - it's 40 years old and was energy inefficient and difficult to wash down and keep clean - so a more environmentally friendly building with modern refrigeration is in the pipeline. .

A Hawkes Bay farmer told us he was out trying to find some green grass when we called. He says another 30 millimetres of rain would make a huge difference - the pasture has greened up a bit but just hasn't kicked ahead - although he admits it's still a lot better that it was this time last year.  He's got rid of his cull cows but still has 17-thousand lambs to feed. He's been busy this week sorting sheep for the local dog trials - 900 were required.   Trucks filled with grapes have stopped rumbling from the vineyards around him to wineries.

Wairarapa was blasted with nor west winds on Sunday and Monday - the sun has come out after good rain last week.  People are trying to get grass seed in the ground in time for rain in the forecast.  The rams have all gone out with the ewes - which are in good condition but there's a lot of grass staggers about. It's caused by fungal toxins in usually older pasture and affects the ewes' co-ordination and her ability to stand up.  It can be brought on by stress so one way farmers try to manage it is to move animals very quietly.  They are also feeding out barley and grain where they can but that's difficult in the hill  country. Grass staggers can impede ovulation and reduce pregnancy rates.

Manawatu has had nice autumn weather and enough rain for moisture levels to be ok.  A fertiliser rep has reported the size of the orders from dairy farmers is much larger than they've been for a number of years - with a good payout there's a bit more money washing about and people are putting it back into the land.
There's a bit of chat that vegetable growers are struggling to sell a green vegetable at the moment - there are no cruise ships coming in or other international  tourists - so with fewer mouths they need to adjust how much they plant , Prices to growers are very poor right now . 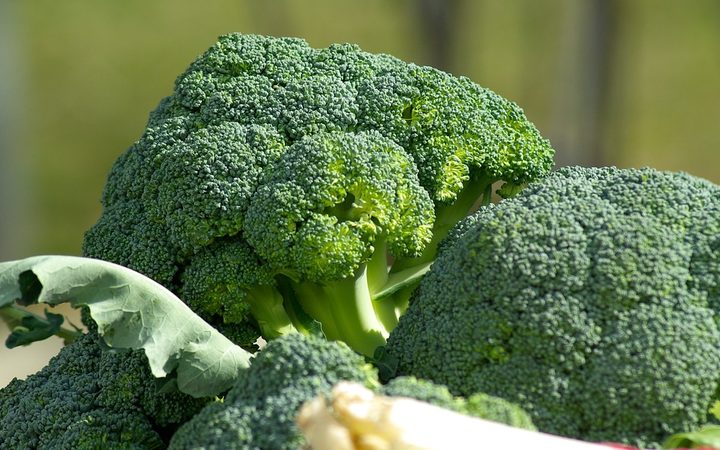 It's been a fine week in the Tasman region, although a little cloudy by Friday and showers or rain are expected over the weekend which would be good.  They've had reasonably consistent rain here and for pastoral farmers that's been nice, properties are well set up for autumn, although there are some southern parts that are little drier.  Calf sales are underway and considering the beef market is down a bit on the highs of the past couple of years, prices have been okay.  They're back but our contact said "they're not fatal". Apple harvesting is still in the frantic stage and the shortage of pickers is still desperate.

Marlborough's weather has been variable.  North of the region has recently had about 100 millimetres but it's extremely concerning that the coastal east coast, Seddon and Ward areas, have missed rain again and the countryside has now gone from brown to grey. They've been feeding out for two months which is all their winter feed nearly gone, and winter hasn't arrived yet.  The local Feds have written to MPI asking for government support.  They realise this is only a small area but for the farmers here who've coped with earthquakes and two successive droughts, they're reaching the end of their tether.  Mental health is a real concern, and tax relief for those needing to sell capital stock is also needed.

The farmer we called on the West Coast was sounding a little puffed and he said it was because people have discovered the  joy of living on the West Coast, and they're needing sections, so he was busy clearing one for sale. On the farm side autumn has been a boomer for him, about 150 millimetres is forecast to arrive this weekend so people are rushing to get summer crop paddocks in and re-grassing done before it gets too tricky getting onto paddocks and then the temperatures drop and the window of planting is missed.  Milk production is dropping daily as the tail end of the season is in sight, apparently it doesn't matter how much feed you poke into the girls, they still drop. 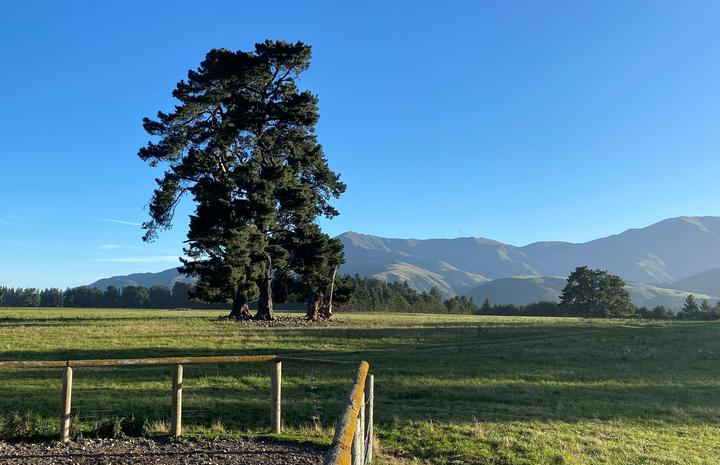 Around Mid Canterbury, conditions on the farm are looking great. The pasture cover on the grass being locked up for winter feed is looking perfect and the fodder beet, which the dairy cows will be on over the winter is coming along nicely. Some farmers are already counting down the milking to dry off day.  Our contact in the area says an accident with his dog this week has caused a costly vet bill to land in the mailbox.

Meanwhile, 20 minutes drive away in South Canterbury things aren't so good. The region looks like it should in mid-January, it's very dry. Farmers in the area are fearing if a decent amount of rain doesn't arrive soon it will be a long slog into winter. Heavy winds over the Easter weekend brought down some trees that were planted after World War 1. A local farmer says they have never seen winds like it before. 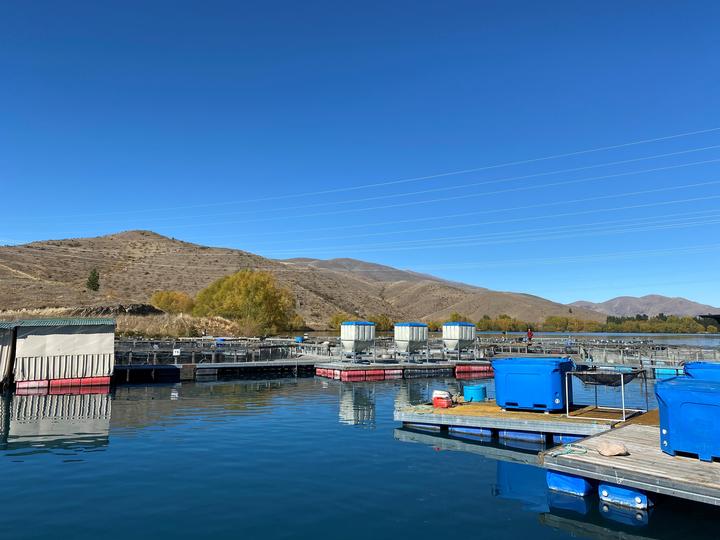 Central Otago is getting a little burnt. There's been no rain since January pretty much.  Winter brassica crops are really struggling, even ones under irrigation aren't looking good. At least 20 millimetres is needed to improve the situation. As are result apparently farmers are getting titchy.  Calf sales are struggling to get decent prices, the top lines are going okay, but the second cut, lighter calves aren't moving . Thankfully the lamb schedule is still holding up. The magnificent autumn colours are starting to reveal themselves once again.

And if you could dial up an autumn Southland farmers would be dialling this one up every year. Conditions are generally really good. the odd spot is a little dry but no one is complaining.  There's plenty of grass, lambs are going well, the rams are out and ewes are in good nick. A complete contrast to last season when farmers were battling to find feed and there was no space in meat works to get mouths off the farm.