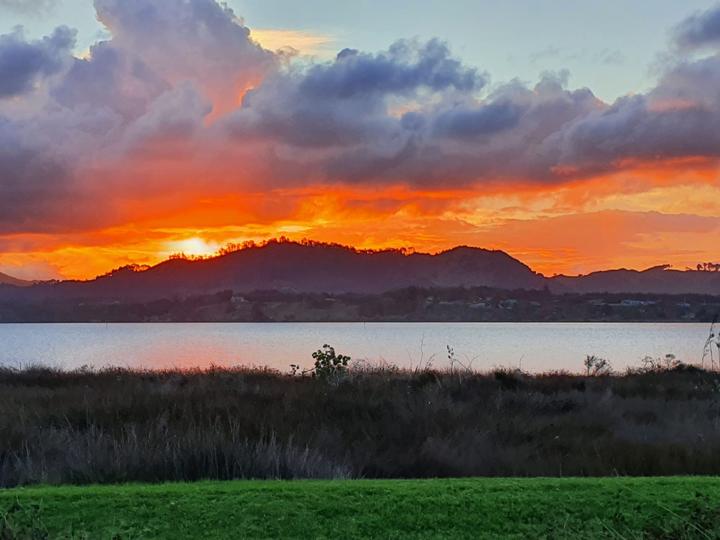 Bay of Plenty gold kiwifruit growers are waiting for clearance to pick the fruit. Tasman apple orchardists are still crying out for workers.

Western Northland's looking for rain especially parts of the Kaipara District.  The east coast has fared a lot better and a sheep and beef farmer who'd love rain says Whangarei has had more than its fair share.  Northland's had three dry summers in a row and two fairly dry winters . Feed is of poor quality and our contact is feeding out a huge amount of silage each day - fortunately a lot has been made thanks to a good November.   He says he hasn't grown any grass in the past two months - and has cut his stock numbers by a quarter.

The Pukekohe district has had what it needed - about 70 millimetres of rain. That will help kiwifruit size up but, on vegetable paddocks, the odd harvesting machine has been stuck in the mud. It's still very wet and more rain is expected.  Growers are turning off irrigation systems. They're expensive to run and maintain. Anything that falls from the sky is free.

Waikato has had outstanding rain - up until Thursday most areas had had 80 to 100 millimetres. Temperatures have been in the early 20s and you can see the grass growing.  Near Tokoroa rain for March totalled 230 millimetres.  An ag economist tells us dairy farmers are going to have an exceptionally good season financially  - this rain will put an extra few hundred kilogrammes of milk solids in the vat and many will be able to milk right to the end of May. 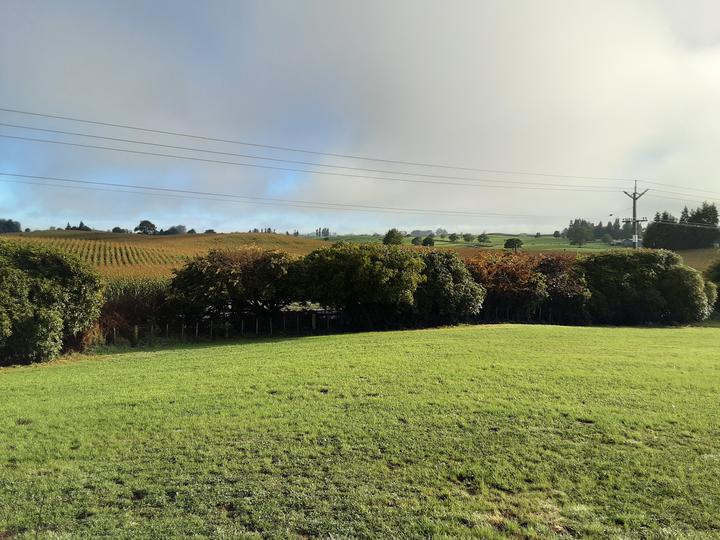 There wasn't a cloud in the sky when we called Bay of Plenty on Thursday morning but there had been thunder and lightning and heavy rain earlier.  Kiwifruit growers are lining up waiting for their gold fruit to be given the green light for picking. There are reports of the season running 3-4 million trays behind so far.  Last year it was dry and sunny and the fruit seemed to mature earlier. Dairy farmers are having a good run.

King Country has welcomed  60-80 millimetres of rain this week. The ram is out with the ewes who are on nice fresh grass and that bodes well for good scanning results.  Stock prices are good - about $100 for a lamb - down from 120 last year but those were record-breaking prices.  Farmers are weaning calves. pregnancy testing cows and are fixing the things they've broken.  There've been a few farm listings in King Country and farmers are fearful offers will be accepted from people wanting to put them into forestry. 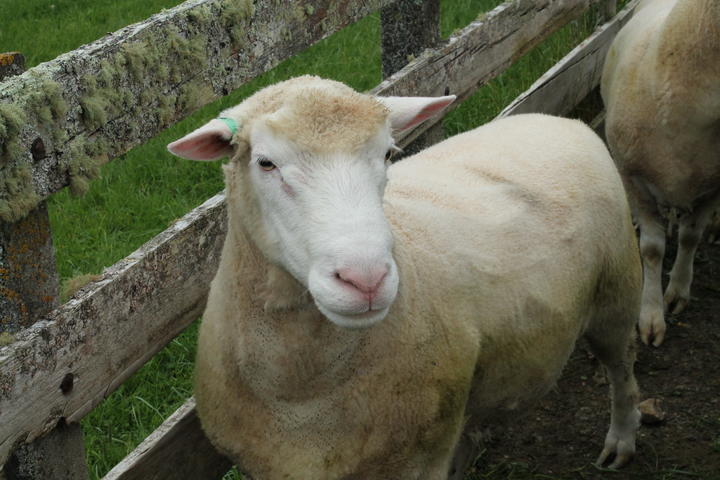 Taranaki has had between 85 and 120 millimetres of welcome rain. It was spread over four days, with a tiny bit of minor flooding. Milk production's at an average to good March level but well up on last year when it was very dry.

Across the country and the Gisborne grape grower we rang says they are picking grapes like fury - in changeable weather conditions. Yields have been down around the country but his have held steady. He says he has enough pickers who are motivated and energetic and he's very, very grateful to them.  He's currently picking syrah and, after Easter, will bring in the rest of the chenin blanc.  He's been talking to a New York importer who is crying out for New Zealand sauvignon blanc.

Northern Hawkes bay is trucking along really well but much of the rest of the region has had just 4 or 5 millimeters of rain this week and the soil moisture deficit is similar to this time last year - when there was a crippling drought.  What is different to last year is there's feed in the barns, silage stacks are full and farmers can get stock off the farm to be processed. 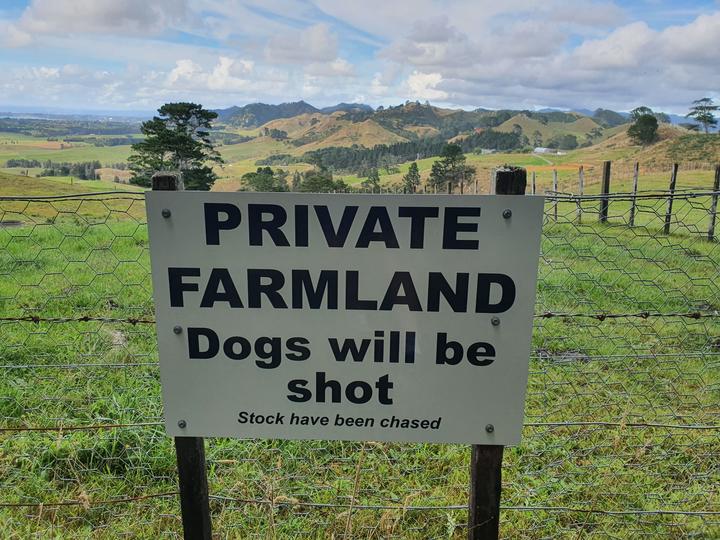 Taihape and Rangitikei are also quite dry.

And Wairarapa had a big dump of rain overnight on Wednesday so farmers will be very relieved - especially as it's still warm enough for pasture to have a growth spurt.

About 60 millimetres of rain has held up apple harvesting in the Tasman region.. they're about to start the very busy time with mid and late season varieties coming on stream.  Jazz has just started .  Picking gangs will need to double in number after Easter to cope with the volumes and growers are hugely worried there won't be enough pickers by a country mile. Kiwifruit pickers are also needed. The packhouses are starting later because there's less fruit this season after the Boxing Day hail storm wiped vines out. 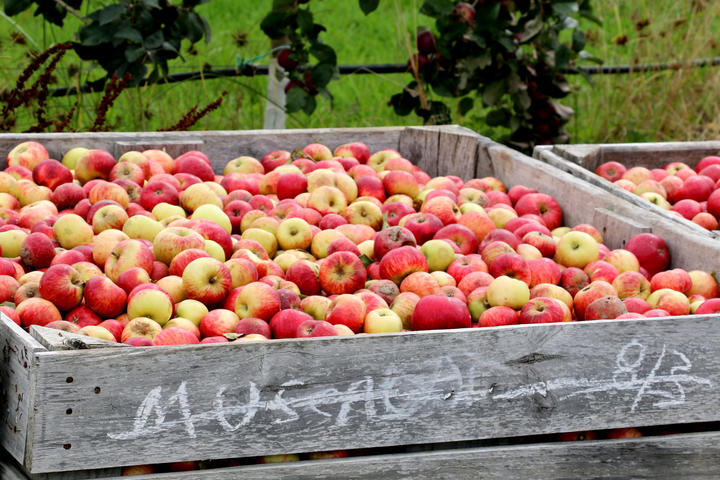 Marlborough farmers have welcomed the rain on their parched land. It was substanial pretty well everywhere.  High country farmers are getting ready for the rams to go out later this month or early May.  Grass had been getting short so the rain will freshen things up nicely if the temperatures stay mild.

A dairy farmer at Franz Josef on the West Coast says they've had an amazing run of weather over the past eight weeks...mild and sunny. Now this doesn't happen very often, but rain was needed .. and it arrived last weekend, with an overnight downpour of  80 millimetres.  The rain is washing recently applied lime in. With the generally firmer ground it's been a piece of cake getting oats and annual ryegrass sown. The cows are in top condition and the farmer reckons it's because he's gone to once a day milking. 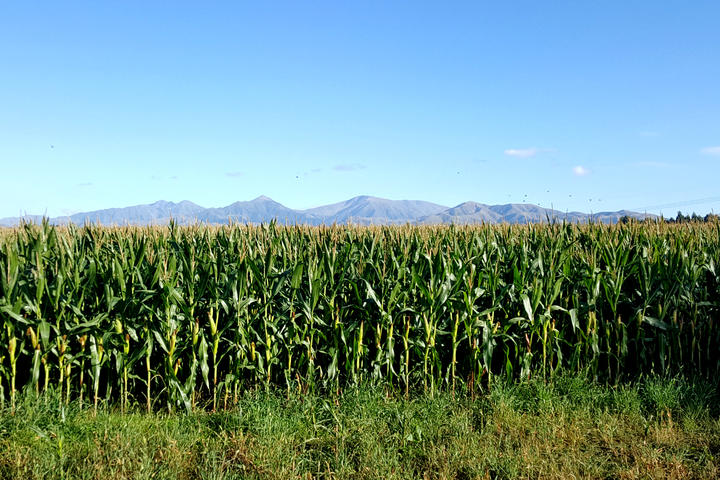 In Mid Canterbury, the feeling of winter is starting to bite. Farmers are back to the autumn and winter task of shifting the break each morning. The other day our contact clocked up 15 kilometres over five hours just to move fences. Otherwise farmers are catching up on maintenance, and a little bit of crutching. They'll be hoping for some down time over Easter.

When we spoke to a farmer in South Otago he was putting the rams out with the ewes. A second lot of rams will go out in 10 days and they'll stay for a month. The ewes are being fed an extra meal of sheep nuts and baleage to keep up condition for mating. Conditions under foot are quite dry. It's been five weeks since the farm had a decent rain, but luckily, the morning dews are helping winter crops get going. A lack of killing space at meat works is continuing to cause headaches.

Rain this week has been holding up getting the last of the grain off in Southland. Traditionally the lower South Island is late harvesting barley and wheat but if the rain carries on it may get too cold to harvest and the crop will go to waste. The farmer we spoke to says while the rain has been a pain, it has meant the can getting some packing done for their move to the new farm. Stock are looking good. 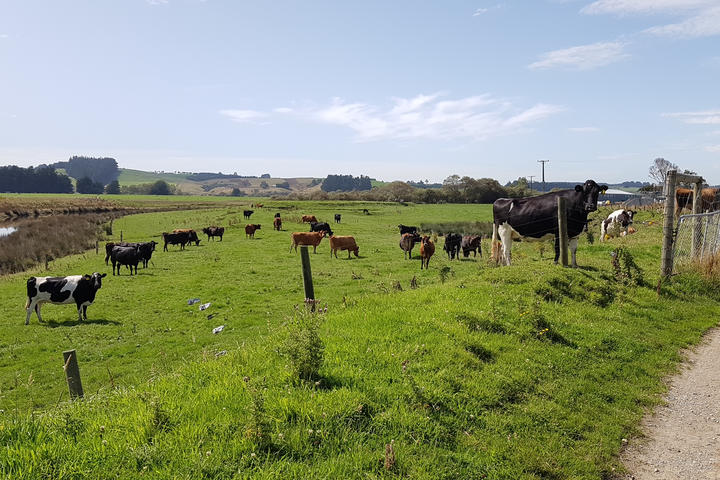