Cooler temperatures are sneeking into both the North and South Island, and while many farms are looking greener after recent rain, a lot need decent follow-up rain. Store lamb prices are strong which is tempting farmers to off load young stock now and get down to winter flock numbers. 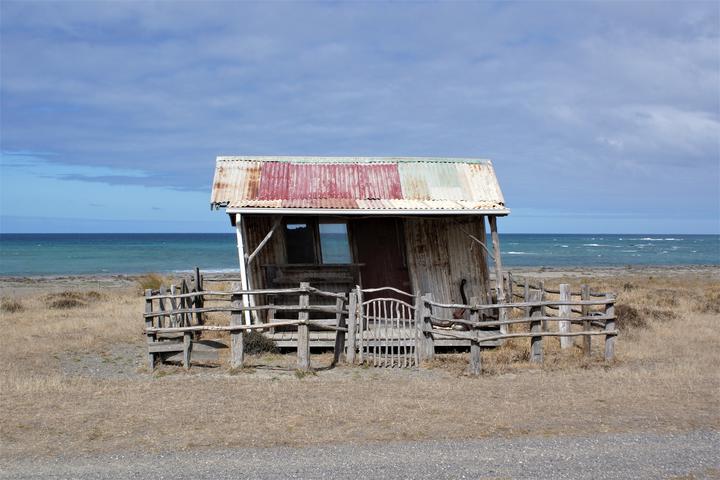 The Crooked Hut at Cape Campbell, made by historian and hut restorer Bernie Mason. It sits on coastal land farmed by Rob and Sally Peter, who is Bernie’s sister. The manuka hut withstood the 2016 Magnitude 7.8 earthquake Photo: Tracy Neal

It's feeling like autumn in Northland but it could do with some more decent rain.  Weaner sales are going well with prices for heifers better than expected - a good 30 cents per kilo live weight ahead of last year. Steers are going for 10 to 20 cents more on average. The higher prices are being put down to more grass around and a shortage of good beef calves. Farmers are saying things are so much easier than last year.

The Pukekohe district now is very dry and overdue for substantial rainfall ... and it looks like much of the same for next week too.

It's also been dry this week in Waikato but with last week's rain our contact's farm is changing colour.  He says it's been one of the better autumns so far. Cows are tucking into fresh maize cut last weekend. It's all go on the farm with new grass going in and pregnancy testing coming up. Normally overseas specialists are allowed in to help with the testing so the vets who also do the work are busier this year. The farmer we rang says he's waiting in the queue.

King Country is still dry, but there is grass cover. Weaner sales have just started and are going well. Beef cows are getting pregnancy tested and some results are good, some not so good, which could be a hang over from tough conditions during last year's drought, the animals just haven't quite picked up. Facial eczema doesn't seem to be too bad thankfully.

Things are ramping up on gold kiwifruit orchards in Bay of Plenty. One grower says there appears to be enough labour at this point for the picking and packing but they won't really find out until things really kick off in about four weeks' time. He's also a dairy farmer and says his cows are in good condition and pregnancy testing shows a 6.5 percent empty rate - which is not bad. Milk production is well up. 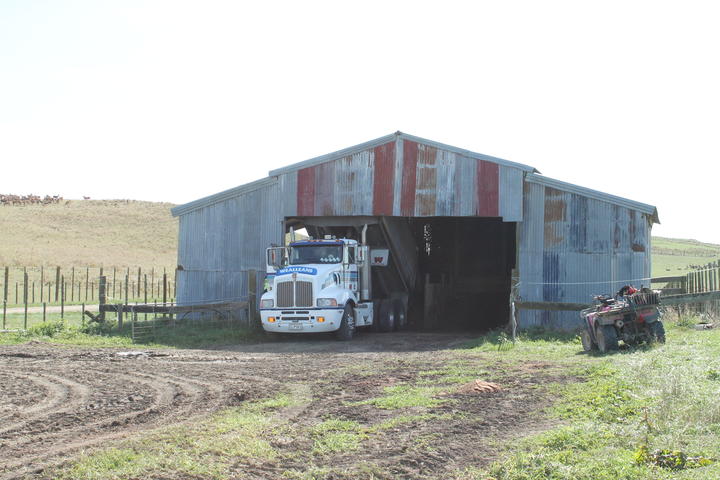 There's been a bit of rain in Wairoa, on the East Coast and things are starting to green up. The maize harvest has started and weaner sales are on but, unlike Northland, a farmers says prices are significantly down. He's worried for the community about the risks of increased logging trucks on the state highway through Wairoa and not enough being done to improve the twisty route.

Hawke's Bay's apple harvest is running a little ahead in terms of maturity and volumes are down a bit on expectations - but fruit quality is good.  A few people are still struggling for labour - the pinch point is is expected to come in a couple of weeks - with Easter. Often growers don't like to pay the statutory holiday rates but the hort consultant we speak to says anyone with any wisdom will work right through.  He says the labour costs for a couple of stat days are peanuts when spread over the whole season and you end up with happy pickers which is a bonus. Jazz, Rocket, Fuju  and New Zealand Queen are coming off. There's not much Red Delicious around this year because the main local supplier has pulled out his trees.  On farms the hills don't look that green yet despite some recent rain.

It's been beautiful weather in Taranaki. Rain throughout summer led to rampant growth and there's plenty of grass. With nature providing, fewer supplements have been needed so the cost of production is well down and people are in a generally buoyant mood given Fonterra's performance as well. Milk production's risen by a good margin. We're told there've been many more farm sales in the district this year. 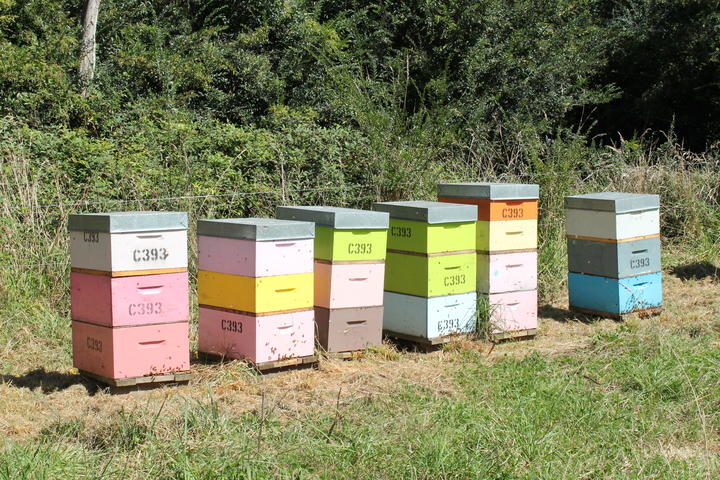 The Central North Island hill country's had between 30 and 50 millimetres of rain recently so the country is greening up. It had quickly turned dry - almost as bad as last year, which was making many uncomfortable. Follow up rain is needed. There's a real autumn feel with cold nights and brisk mornings. The saving grace is that  largely eliminates the risk of facial eczema.  There is a bit of ryegrass staggers showing up because of the sudden green growth. Sheep farmers have had a good season, lamb prices have remained strong and with many operations deriving 70 percent of their income come from them, that's good.

And farmers have been checking out products at the largest regional field days in the country - the Central District Field Days - which is on at the moment in Feilding in Manawatū.

More than a sniff of rain is needed in Wairarapa as rams head out to the ewes. A farmer we speak to has been spraying gorse and working on his water system. He says fine weather lets you get on with work but wet weather grows money. He's off to the Central Districts Field Days to do some education around sheep measles, a disease carried by dogs. The eggs laid in dog faeces can travel up to 10km via flies or wind so even townspeople walking their dogs around farming areas need to be aware of the problem. Vineyards are still busy with the harvest. 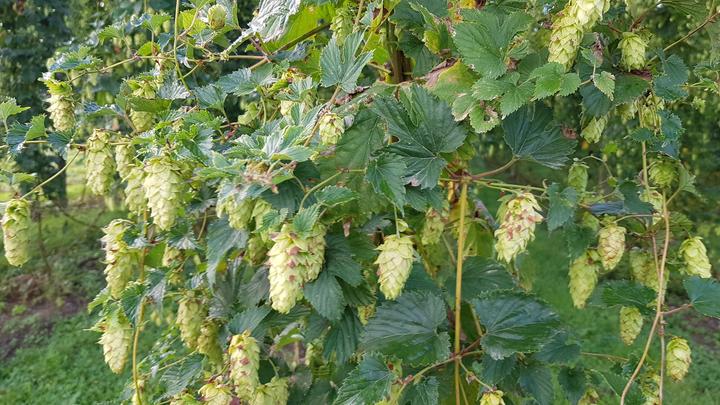 To Te Waipounamu now and apple picking's continuing in the Nelson and Motueka region.  Royal Galas have been coming off this week and Jazz and the new Dazzle variety are getting underway.  Fruit size is smaller than usual due to the cloudier summer, but taste and colour are excellent. Gold kiwifruit is getting cleared for picking. Labour shortages for picking and packing are still a worry. Exceptional hop crops have been coming off one of our correspondant's properties and he says he's planning to plant a new variety in the coming spring so he stays ahead in the marketing world of craft beer.

In the Marlborough Sounds the ewes are getting ready for the ram to join them. The season has been quite mixed with good early rains but some severe wind conditions have dried things up again so farmers are hoping for a good downpour soon.  There are a good number of prime lambs ready to head to the works and there's plenty of standing hay for cattle to go onto. Meanwhile the mussel crop has been cleaned up thanks to the nutraceutical industry which is growing rapidly. Covid-19 hasn't caused any problems with this expanding market of health products while the usual premium product of Greenshell 'Half Shell' mussels destined for the restaurant trade has been stalled. Apparently growing kelp is seen as a new direction for the marine farming industry to take up. It will produce food and neutraceuticals. 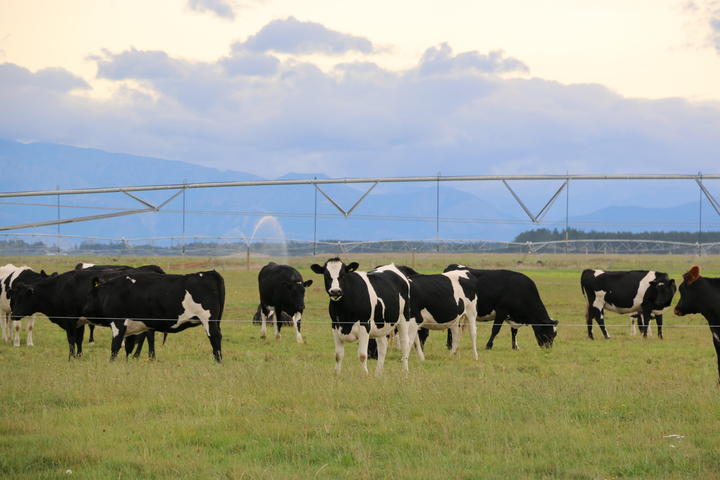 There's been a great week of autumn weather in Canterbury, although most are looking for more rain. Cropping farmers are busy preparing and sowing autumn sown crops, even very early paddocks of wheat are being sown. The true downstream effects of Covid are being felt with meat processors battling to get shipping containers to put product in, and at a very busy processing time this is not good news. 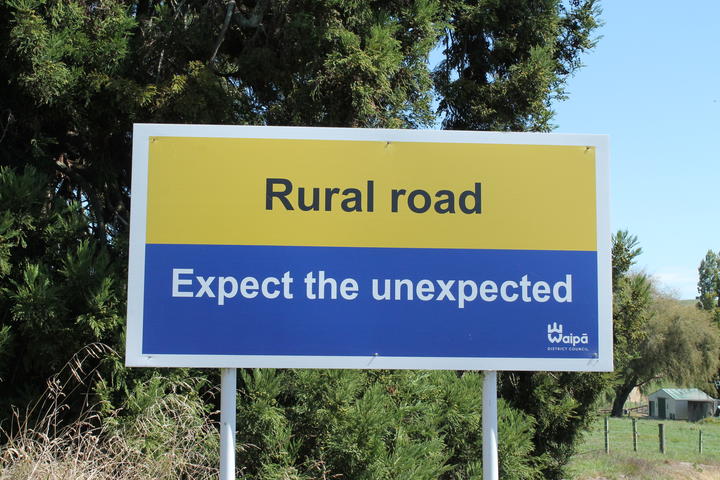 In Southland, milking's on par with last year on our contact's farm at Edendale. There has been about 15mm of rain and a lot more would be welcome. Grass growth's not meeting demand due to the dry conditions, so cows are getting a top up of baleage, palm kernel and grain. Some are reporting high numbers of dairy cows not in calf.  Our contact says it's the worst he's ever had and he's putting it down to last year's flooding, coupled with wintering management issues. Insects like aphids and white butterfly have been having a field day this summer on brassica crops, so to protect his kale, the farmer's had a helicopter in this week to apply a preventative spray.