Stock need sun on their back with more than enough rain in the north, vines are spurting along in Marlborough and Hawkes Bay and farmers are fighting to maintain pasture quality in Southland.

Northland has a lot of rough grass, the region's drying out quickly and pasture cover's holding but no more.  Prices for stock are trending down. Cattle are fetching about $150 less per animal than at the same time last year - which really cuts into margins.

Around Pukekohe more rain this week has kept crop growth in the fast lane. Imported products for the horticulture industry like chemicals. fertilisers, fungicides and herbicides are being delayed at the Port of Auckland by up to two weeks after their arrival so may be in short supply. 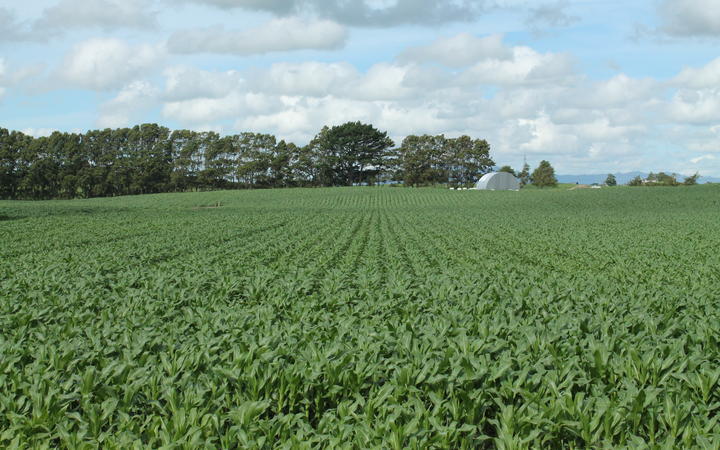 In Waikato the subsoil is still dry despite rain - on average the region is 300 millimetres of moisture short for the year. Pasture quality has dropped off markedly - and that's impacted on milk production. Masses of silage has been made and maize crops are growing exceptionally well. Fonterra's lifted its forecast payout by  20 cents per kilogram of milk solids  which should - for the average farm - result in an extra 25 thousand dollars.  It'll go towards a new tractor or ute - reducing debt and because you can't travel - maybe a new kitchen. On sheep farms lambs aren't growing as well as farmers would like - it's been too overcast and wet - they need sunshine!

In Bay of Plenty kiwifruit vines are being tamed, berries growing near Whakatane are plump and delicious and pohutukawa are in full bloom. 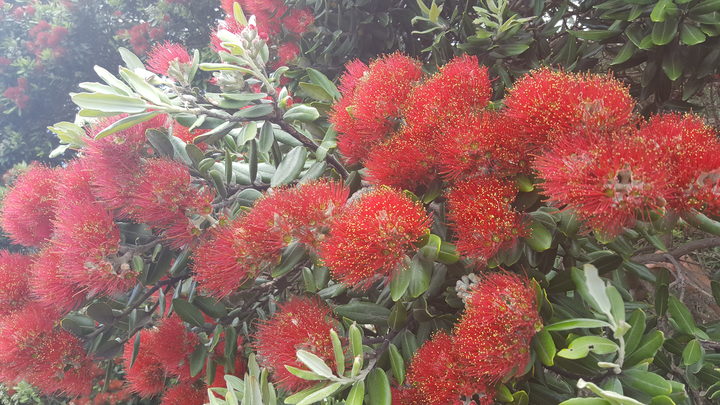 Pohutukawa are flowering on near Opotiki Photo: RNZ/Carol Stiles

Taumarunui has been wet wet wet - which has been trying for farmers wanting to shear, drench and do fly control on their sheep. There's plenty of grass - but sun's needed to give it a boost.

The ag consultant we rang in Taranaki was looking skyward trying to work out what the yellow thing emitting heat was. Some farms have been flooded and then got more rain - but because Taranaki soils drain quickly, the ground is not too boggy. Some places had torrential rain and a few kms up the road it was dry. In November most places in Taranaki had double the average amount of rain and some - up to three times.  Cows are not producing well -  there's a lack of energy in the grass. Milk production on some farms is 20 percent behind where it was in December last year.  Salt wind - which is wind blowing in off the sea - has burnt some crops. 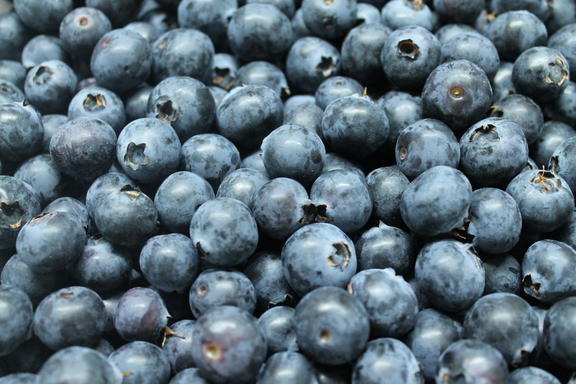 A Hawkes Bay vineyard owner was frantically trimming the flourishing canopies on his vines when we called. Everything's been running so early with the warmth and the rain. Weed growth is also ahead of itself. It doesn't help when both your tractors break down!

Some cropping farmers in Manawatu/Rangitikei are having a hard time, it's been so wet -  nearly 100 millimetres of rain this week and more than that last week - wetter even than the middle of winter. Sheep and beef farmers have feed coming out of their ears but they need the sun to shine and make things grow. The rain is money in the bank, though, ahead of summer. A farmer says people want to see the back of this challenging year but Covid and Brexit are still fishhooks on the horizon.

A Wairarapa dairy farmer says it's one of the best seasons they've had despite the wind which blasts one day then drops the next. Rain in between means no need for irrigation and pasture is growing like anything. To have the hills not browned off at this time of year is very rare. Getting the silage contractors in during the small windows when it's not been raining has been tricky. Milk production varies according to where you are in the valley. Some places are very wet.

The Tasman area has had a bit of rain but it's mostly been sunny and warm. Apple growers are busy hand thinning fruit because chemical thinners didn't take as much crop off as expected. Kiwifruit orchardists are pruning male vines, fruit thinning and managing canopies. Both apple and kiwifruit orchards  are looking great and it's shaping up to be a good season.

Marlborough's been windy, there has been a bit of rain but irrigation is starting on grapes and crops because there's no rain in the forecast. The place looks green, hay and haylage is being cut and our contact is having to go through his grapes again to train vines that have continued to spurt along. On pastoral farms store lambs are being sold to Canterbury because despite reasonable feed levels at present, farmers are preparing for a dry summer. 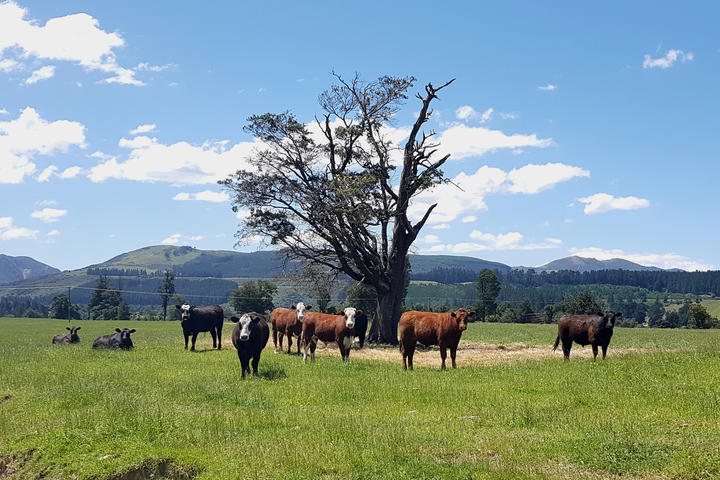 It's been a mixed bag on the West Coast. Heavy rain with the odd dry day. Grass quality is poor because it's been wet for so long. In the gaps a bit of silage and baleage is being made but farmers are wishing the weather would change its tune and "come right".  A few dairy farmers cut their herd's AB mating short this year, preferring to put the bull over the cows.  Milk production is generally down compared with last season.

This week Canterbury returned to normal weather for this time of year, strong norwest winds and temperatures in the high 20's. The protracted wet cold spring has been good for those without irrigation and pastures and lawns that usually look dry now, are green. Generally farmers are grateful ...the late start to the hot weather means they're well set up for summer.

Rain was falling in Otago on Friday morning ... about 12 millimetres. Otago is looking a picture. Winter crops are mostly in now and good drafts of lambs are going to the meat works.  In fact they're looking better than they have for many year.

Southland was wet, and in places chilly coming in to Friday morning.  A dusting snow fell around Athol, and settled, and about 20 millimetres of rain fell over night which will keep pasture ticking along and give swedes, fodder beet and kale a drink as they're getting established -. just what the doctor ordererd.  Farmers are fighting to maintain pasture quality - they'll get it under control by making supplementary feed. The lamb schedule's dropping about 20 cents a week so it it must be time to wean our farmer said.