Grass is bolting and tractors are humming in the North Island but farmers could still do with more rain. On the West Coast farmers are still waiting for paddocks to dry out enough to plant next winter's crops. Find out more in our wrap of what's happening on the farms and orchards of New Zealand. 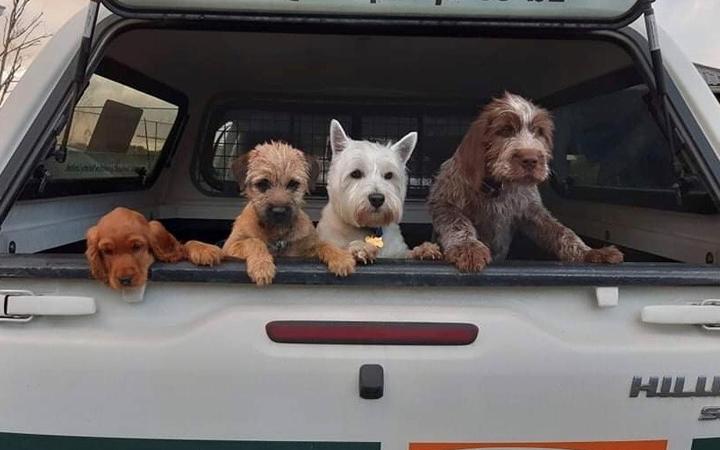 Which one of these is the farm dog? Photo: Laura Keenan

It's very dry still in Northland. Farmers are really hoping the rain will come as they have quite a few cattle to get to the works and need to shut up the paddocks for baleage. There is a big moisture deficit and, with coolish nights still, they really need some warmer, wetter weather to get into gear.

Around Pukekohe sufficient rain should have fallen over most of the district meaning there's been no need for irrigation this week. Days have been calm and mild and crops are looking good.

It's been a farmer's dream in Waikato - a little rain followed by some warm sunny days. Pasture growth rates are good but the ground's still fairly dry. Maize is going in and turnips are being sown. Where there's surplus grass, silage is being harvested. While the recent rise in Fonterra's forecast payout is giving farmers confidence, they have learnt to be cautious about what they do with the cash. There's growing interest in changing land use with some smaller farms looking at options in horticulture and sheep milking. 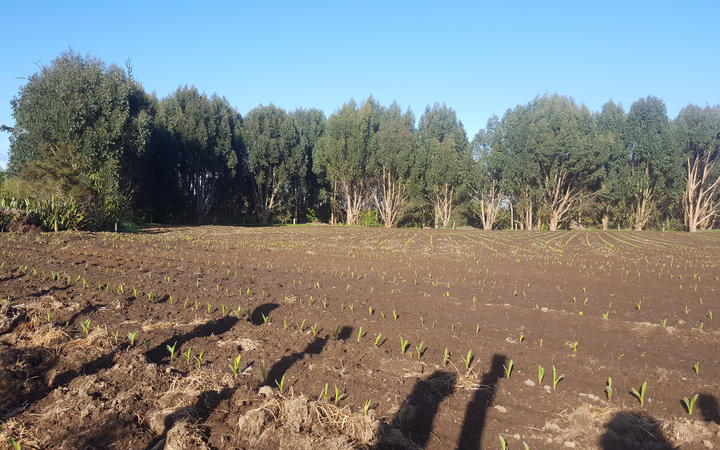 In King Country it's been amazing spraying and growing weather. Docking's nearly finished on a hill country farm and some early lambs are starting to go off to the works. A lot of fresh feed around has encouraged worms and a contact says among cattle, especially, the worm burden is quite high. Some farmers are struggling with not enough roughage because of the drought last year. So cattle are going down with either bloat or worm issues. Early silage is being cut. We're told a a number of beautiful farms in the area have come up for sale.

A kiwifruit grower in Bay of Plenty was waiting for a batch of pollen to be dropped off when we rang. It's harvested during the last season, put in freezers over the summer and, at 5-thousand dollars a kilo, it's not cheap! The whole pollination process is about to kick off - bees are starting to go into the early Gold orchards now and the Hayward or green variety in a couple of weeks' time. Pasture is looking good on dairy farms but there's only just enough rain falling - 23 millimetres in the gauge this morning. If  you dig down 30 centimetres it's dry. 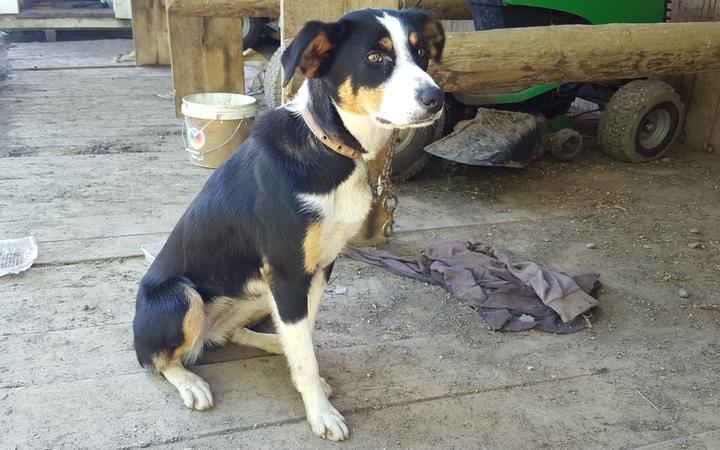 A misty light rain was falling in Taranaki on Friday morning. It's been warmer this week and grass growth is at peak growth. Dairy farmers are making silage and mating is in full swing. Rainfall's been about average and milk production is three or four percent ahead of last year.

A farmer in Manawatu says, after a little bit of rain earlier in the week, everything's bolting and the tractors are humming. It's amazing what a couple of days sunshine can do! He's getting his lucerne planted and some summer brassica in - as insurance for the expected dry summer. Today his rams are being palpated in readiness for selling. The rams' testicles need to be checked for defects to determine soundness for breeding. On top of all that - there's a new baby at home!

The Gisborne area has had a bit more welcome rain in isolated areas after about 40 to 80 millimetres last week. But much more regular rain is needed to make farmers feel comfortable. Most of the docking's finished apart from on high country farms. Cropping wise - maize is in. It's been a very mixed spring and a wine grower is counting the cost of frost. Ten to 20 percent of his chardonnay crop has suffered damage and he's never  spent so much on helicopter protection.

Hawkes Bay has been really dry but there was a nice dollop of rain this week - 40 to 50 millimetres on the Heretaunga Plains - one of the country's largest fruit production areas. It couldn't have come at a better time for fruit crops. The warmth this spring also bodes well for fruit taste and size. Despite efforts to bring more kiwi labour into the orchard and packhouses, the lack of overseas backpackers and doubt over  a seasonal labour force out of the Pacific is still worrying growers. 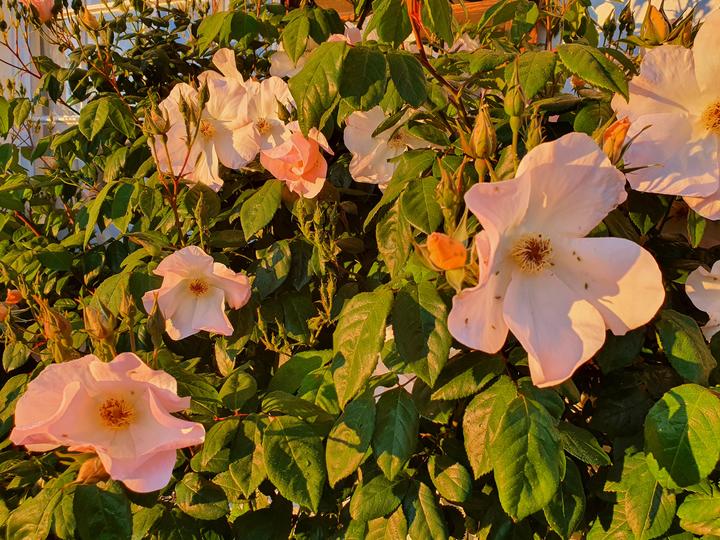 Roses in bloom in Wairarapa Photo: RNZ/Sally Round

A Wairarapa vineyard owner has been busy bud rubbing and shoot thinning the vines. The region has had some cracker fine days. Soil temperatures are starting to sneak up. and dry ridges on farms are starting to become evident. People are starting to switch on irrigators and rain would be welcome. It's been ideal ground conditions for establishing crops and contractors are hard out in their big machines taking advantage of the good weather - drivers just have to be patient if they're behind them on rural roads. A pea crop grower is excited the first crop in four years has gone in this week . Eradicating the pee weevil has been a success story for the region which is a big pea cropping area. The seed produced eventually finds its way to peas on the Christmas dinner table.

The Tasman region had a good rain three days ago, between 50 and 70 millimetres. Our contact said "it went to a good home".  He was doing the last of his tailing today ... he doesn't know his farm lambing percentage yet but he says everyone's scanning results were back after the drought, so numbers have to be down.

The crayfisher we spoke to in Marlborough says once the Chinese lobster market opened up again in late April, the season went OK ... a bit up and down and prices are back a bit, but at least it's functioning. He says the week's been warm, around 22 degree days and recreational fishers will be gearing up for a great weekend on the water because the forecast is pretty stable. There's almost no wind up near the Sounds. 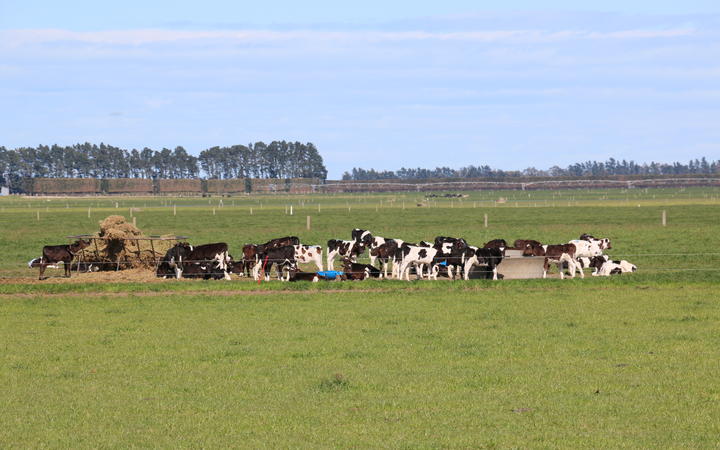 It is still extremely wet on the whole of the West Coast, although thankfully the past two days have been fine.  Farmers are still waiting for the paddocks to dry out enough to plant next winter's crops and are saying so much for the government's earlier plan that winter crop planting needed to be done by October 1 in Westland.  Farmers want those paddocks planted, they don't want bare land, but the weather is boss. The milking peak has come and gone and our southern Westland farmer says it wasn't very high. Mating is due to start in a week and not many cows are cycling.  We didn't end that call feeling too cheerful.

It was another cool, dry week in Canterbury with a few late frosts impacting grass growth. On the whole, dairy farmers are feeding out as they wait for the spring flush. With feed being tight, store stock are hard to move and prices are easing.  And dry conditions in central and northern Canterbury have continued to intensify over the past week. NIWA's latest hotspot report shows the most significant soil moisture decreases occurred in Banks Peninsula.   Hotspots, which NIWA uses to describe areas that are severely drier than normal, can be found in southern Canterbury as well as near Christchurch and in coastal Selwyn District. 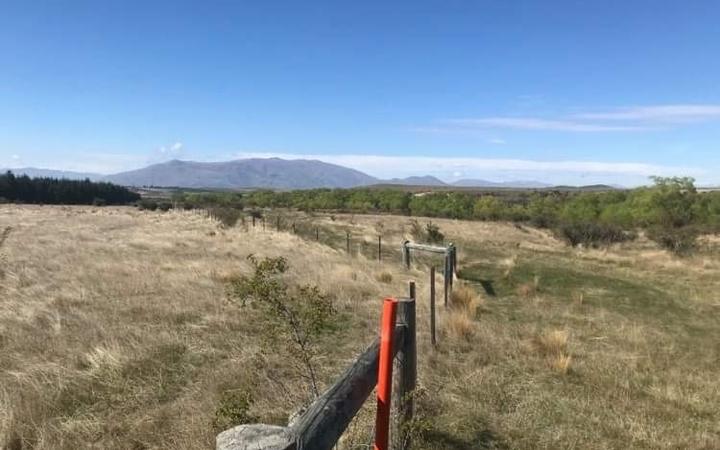 In the Mackenzie Basin, near Twizel, lambing is well underway and the past 10 days have brought great weather. The cross bred ewes are finished but merinos have another week to ten days.The farmer we spoke to has spent the last five days sitting in the tractor drilling 300 hectares of oats for the winter. Calving will come to an end soon, by about November 4 - and the survival rate's about 98% which, given the recent cold blasts, is a good result.

Things are ticking along OK in Otago and Southland. Grass is slowly starting to grow. It's been a cold typical October. Temperatures are only just creeping up. It's been wet so getting crops in the ground has been very slow. Our farmer here also says if the government rulings around planting had stayed in place most farmers would've been breaking the rule which says they need to be completed by November 1. He says there's no way ground conditions would have let him meet that target. 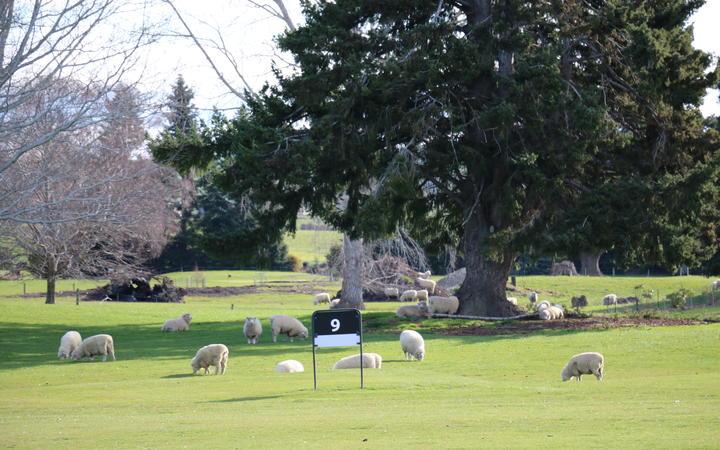