Farmers in the north who were getting a bit twitchy with the lack of rain are pleased they can now almost see the grass growing after a good few millimetres in the gauge this week. Trading stock are being offloaded in Marlborough which is still hanging out for rain.  Find out more in our wrap of what's happening on the farms and orchards of New Zealand.

Northland has had one of the best weeks in many months. Around Kaitaia 38 millimetres of rain fell on Tuesday morning, there was wind on Wednesday but it's been sunny and settled since. It had been extremely dry and farmers were getting a bit twitchy but now you can almost see the grass growing

Growers and other farmers around Pukekohe should have been pleased with the rainfall this week. Falls of 25mm were common over the region which arrived at a vital time for vegetable crops. A big job in this district now is for people to remove a plethora of electoral hoardings that currently dominate roadsides and farm paddocks. 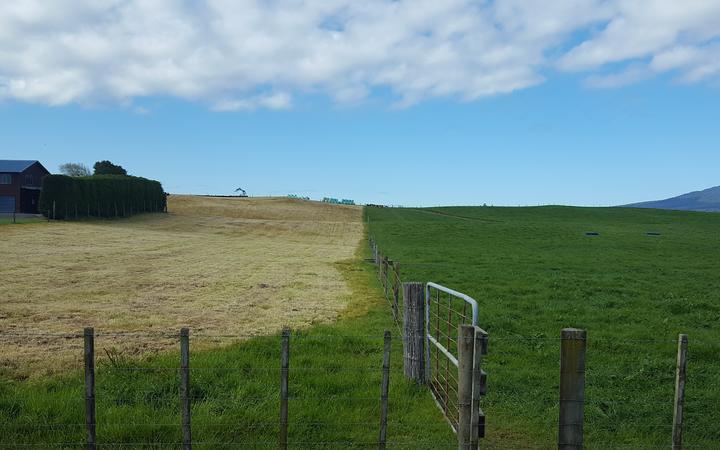 Waikato has also had rain and farmers are hoping it continues. It looks like most farmers will be making a second cut of silage. There've been some awesome milk production results because cows are being really well fed.

Taumarunui in King Country has been cold - a frost snuck up on farmers on Friday morning and tickled tomato plants.  Skiers will be thrilled there's new snow on Mount Ruapehu. There's been 30mm of rain this week and September brought 134. Soils are a lot wetter than they have been in the past two springs so farmers are very relieved. Many farmers had a lower scanning rate in their ewes than they would have hoped but conditions for lambing have been fantastic and there has been good survival. Hogget lambing is still underway.

A dairy farmer in Bay of Plenty has had 30mm of very good rain this week and things are kicking along again. Mating is underway and milk production is slightly up. But they're still recovering from last year's drought and the water table is low. The regional council has issued a notice for western Bay of Plenty that streams are already near their summer low flow. With the warning signs there, Federated Farmers is urging its members to be proactive and to plan ahead so that they can cope with the stress if there's another dry summer.

It's all go in Taranaki - a farmer says he spent Sunday touching up tail paint, getting the silage bunker ready and grubbing thistles. On his farm the grass is bolting and silage is being made this week - turnips will go straight in after that. He says they're planting extra this year, in case it turns dry. This week's also signalled the start of mating - the cows are cycling well. 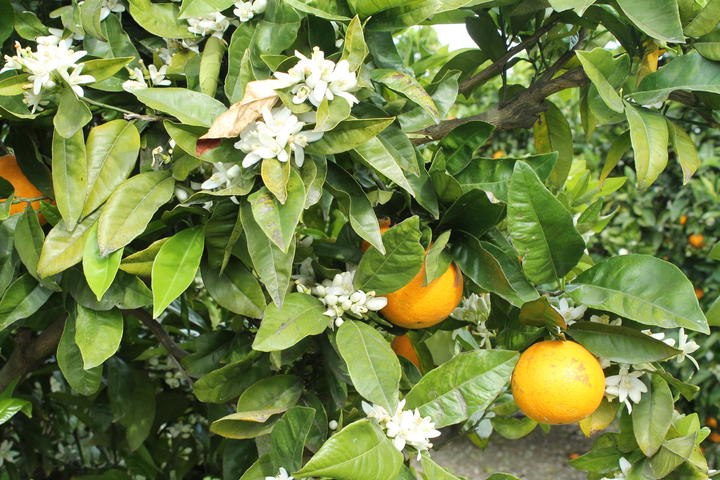 On the East Coast, a farmer near Wairoa was having a coffee and a biscuit when we rang because it was raining ... in fact the second day of good rain ... 100mm over the past 36 hours. He thinks it was pretty widespread and other farmers will have benefited too. He's hoping to plant out 85 hectares in maize next week. But with the summer dry coming and logging trucks out and about, he's concerned about dust on country roads. In his house, they vacuum up a paint canful of dust every day. The health issues are plain especially if you're asthmatic. He says the council's promised tar sealed coatings near houses to tamp down the dust but nothing's eventuated. It's an ongoing serious issue, he says. 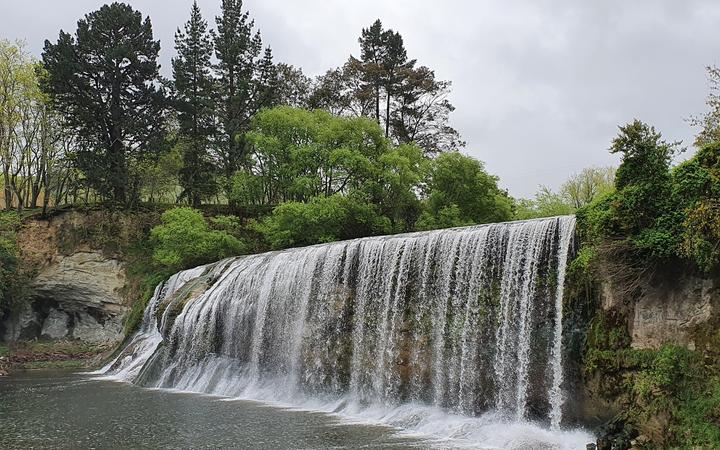 A wine grower in Hawke's Bay says with 20mm of rain at the end of the week and a wee bit more earlier on, soil moisture levels are holding up OK in the vineyards which are a month out from flowering. They've had enough cold nights, thank you very much. Flower numbers are looking good. Everyone is finishing off their last winter jobs putting in posts, starting mowing and into the third round of spraying. Bud rubbing and shoot thinning starts next week. There was a risk of frost at the end of the week but having moisture in the ground makes it less of a threat. Vineyards are running about a week ahead of normal. Our contact says farmers will be pleased with the rain too ... the southern part of the region recorded even more in the rain gauge.

They were also hanging out for the rain in Manawatū which had about 30mm this week. Our contact says he can't believe he's saying that in mid-October. Growing conditions are fantastic at the moment but they need regular rain. There are still lots of empty dams on farms and our contact was at a farm the other day which normally has a flowing spring at this time of the year but it's dried up. Farmers are being urged to put in an extra paddock of crops. They can't be complacent. The good thing is conditions have been great for tractor work, silage is stacking up and crops are going in a bit earlier than normal.

A Wairarapa farmer had just arrived at his son's to start docking when we rang. The drizzly cold weather hadn't made it that conducive to the job this past week. But even the piddling rain he got - six to seven millimetres - was better than nothing in what has been a fairly dry spring so far. He's hoping to resow winter crops reasonably soon.

The Nelson/Motueka region had some rain last weekend but it's still very dry. Apple orchards have passed the mid-flowering stage and growers are now making decisions about crop load management, spray thinning and preparing for irrigation - which has already begun in a few Nelson orchards. In kiwifruit blocks people are on frost alert, while growth wise things are about six to seven days ahead of last year. 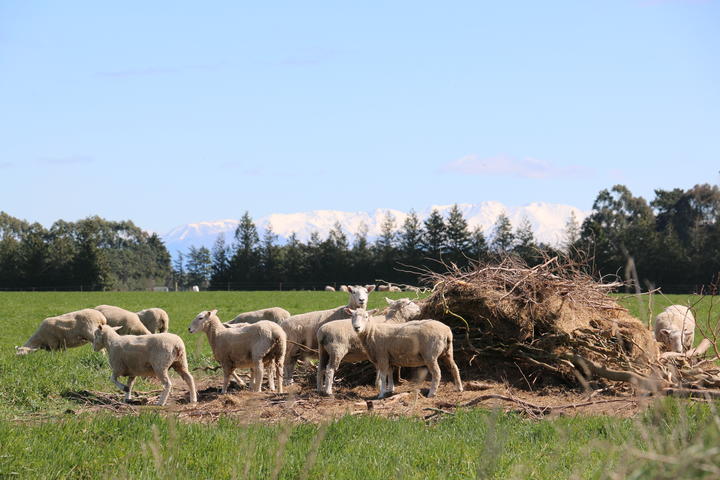 Farmers are having to unload trading stock in Marlborough because of the dry conditions. A farmer near Blenheim says he's already sent his steers and heifers to auction. The last rain on the farm was two weeks ago and soil moisture levels are now at 30 percent. So far this year he reckons he's owed at least 200mm of water. Northern faces on the farm are at wilt point. This is six weeks ahead of normal. Ewes and lambs are on rotation, but he says it's hard to build up covers in front of them. Despite this lambs are doing okay. In the province's vineyards, spray programmes are in full swing and it's been cold so vineyards are on frost watch.

The West Coast north of Hokitika is WET. A farmer at Rūnanga says milk production's down as there's not enough quality grass for the cows to eat. Most farmers are feeding out grain, silage or Palm kernel as a supplement. When we talked to him the sun had just come out though… so he was about to try and get some fertiliser onto paddocks with the tractor. He's halfway through weaning calves and mating for heifers is about to start. Mating on cows begins in a fortnight. He reckons the mating season is harder work than calving.

North Canterbury has had an eventful week of weather with two lots of rain and snow on the upper plains. Coastal areas still want moisture. Grass growth has slowed up with cool dry conditions and late frosts. Fodder beet planting is in full swing. In the McKenzie Country the merino ewes have been pre-lamb crutched this week - lambing's imminent and calving in beef herds has started. The wind's been icy. 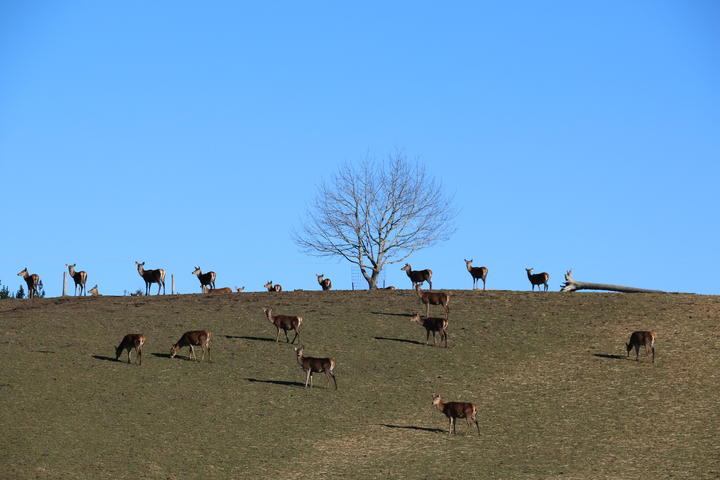 Farmers in Central Otago are getting into lamb marking mode - that's docking for the rest of the country. Shearing's done for the year apart from a few wethers and hoggets. It's been nippy. Our contact at Oturehua says it was minus five on Thursday morning but it didn't affect the lucerne crop. Luckily the snow and cold weather last week didn't cost farmers too many lambs either. The main thing on people's minds is the Fresh Water Policy. He says farmers are very concerned and they're not the only ones stressed... orchards and vineyards are looking at seasonal workforce shortages.

At the bottom of the south, a farmer at Gore says the weather's been a complete mixed bag. They've had rain, sun, heavy frosts and there's a even skiff of snow on the hills. Milking machines are cranking though and calving's done and dusted on most dairy farms.  She says the main concern is maintaining grass condition and minimising pugging, as the ground's very muddy under hoof. The wet conditions have been a pain in the rear for sheep farmers as it's delayed tailing. Tractor work's been a bit stop-start too as people try to get in brassicas, beet, oats and other arable crops.