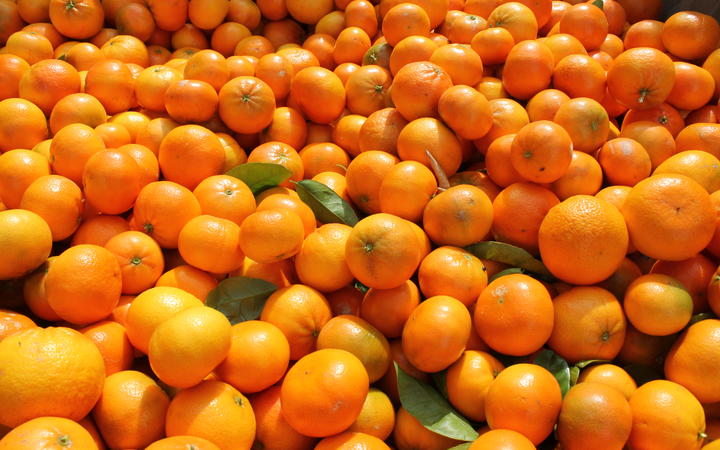 Hungry lambs in Rangitikei are starting to put pressure on the amount of grass left for their mums and Nelson and Marlborough are already getting desperately dry. Find out more in our wrap of what's happening on the farms and orchards of New Zealand.

In Northland everybody's been looking up to the heavens for rain. Soil moisture is probably the biggest concern on farm. Rain is forecast for next week and everyone is hoping it's widespread. We're told Northland is overdue for a wet summer. Pasture cover is currently lower than normal. On beef farms fewer calves have been reared. People got their fingers burnt last season - they wanted to sell them in December and January but it was too dry and no-one was game to buy them. Then a back-log at the works meant they couldn't be sold during the Covid lockdown so farmers had to keep them and feed them for six months longer than they had expected. They then got lower prices than they would have, had they sold them in November.

Around Pukekohe a few stray showers have done nothing to replenish the moisture deficient  soils. Growers and pastoral farmers are expressing some alarm as to what this dry weather  may indicate for the summer.

Waikato has had cool, dry weather and pasture growth rates have declined. However the ag consultant we called says a number of farms are ahead on milk production compared to last year. If you are driving around Waikato's rural roads you need to have patience - chances are you'll have to sit behind a tractor or baler. Early silage  is being made and people are either preparing to plant maize or it is going in the ground. Mating's going well, probably better than last year. The cows have been well fed. 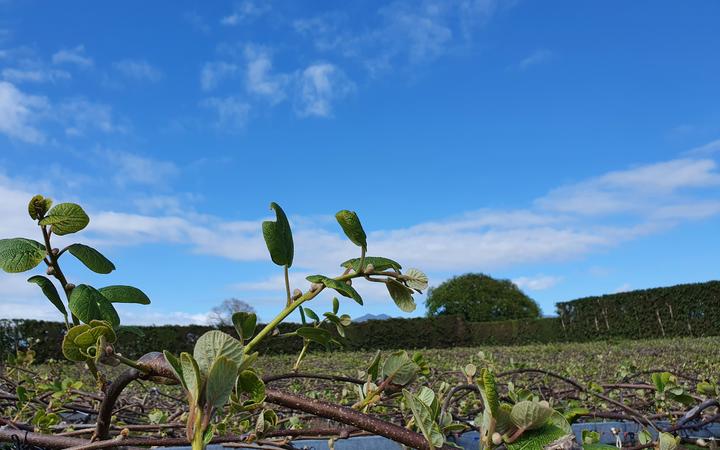 In King Country there's been no need to light fires at night. There was a bit of rain on Thursday afternoon and overnight. The grass is growing well and docking's underway. Our contact says, funnily enough, university students have learned not to come home these holidays when there's work to be done! Lambing results have been good - but not as fantastic as they should have been given the weather over lambing. Where there should have been twins often there's just one. Not a lot of stock is being bought and sold at the moment - there've been a couple of hot days and people are holding tight wondering if they're in for another dry summer.

Taranaki was cool last week but this week has been very warm and grass is really starting to move. The province is starting to get . Rain arrived in Hawera but only three millimetres. All signs are good for mating on dairy farms. Cows are milking well - four percent ahead of the season to date - and have plenty of feed in front of them.

Scorcher on the East Coast

Across the island in the Gisborne district, the start of the week had people jumping in the sea to cool off as temperatures hit 30 degrees. Then on Thursday afternoon they plummeted to 9.5 degrees. There's been wind and rain but not nearly enough moisture to settle farmers' and growers' nerves about what will happen once summer actually arrives. Docking's keeping many sheep farmers and their kids busy, the late mandarin harvest is continuing and convoys of trucks are dropping logs to the wharf. Grape vines are a couple of weeks ahead of where you'd expect for the time of year. 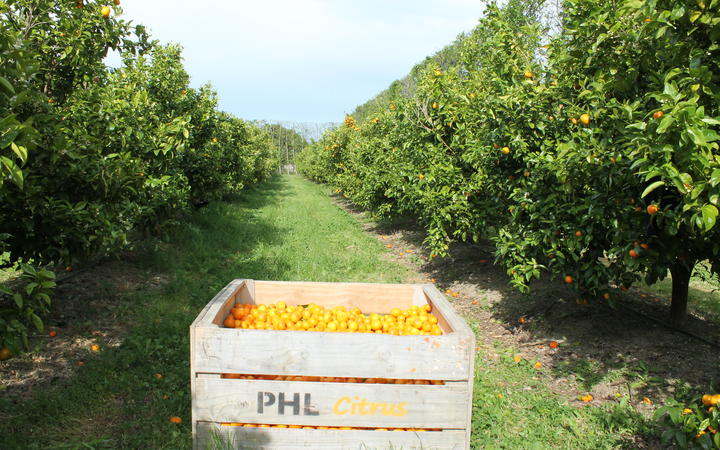 Hawkes Bay had a couple of scorchers this week as well and a bit of a breeze - so the dry bits are starting to dry off. It's a bit of a wait and see scenario - good rain could sort the region out, but if it stays dry that's cause for concern. A lot of the dams aren't yet full and springs are not running properly. Where lambs have been docked and counted - lamb survival's been pretty good. Lambing's only starting though in higher parts of Hawkes Bay. Apples trees in the region's orchards are in full bloom.

When you drive around Rangitikei, farms look fine but a farmer told us he's on the edge for feed. He's finished docking and lambs are growing fast. As they get bigger and stronger and eat more they're competing with their mums for the grass - so a bit of pressure will come on the ewes if grass doesn't take off a bit more. It's been cold and dry. Winged thistles are a big problem this year - the drought burnt off pasture and gave the thistles a wonderful opportunity to take hold. The farmer was hoping to send a chopper up to spray them - but had to wait because it's been too windy. Manawatu dairy farms are looking a picture. 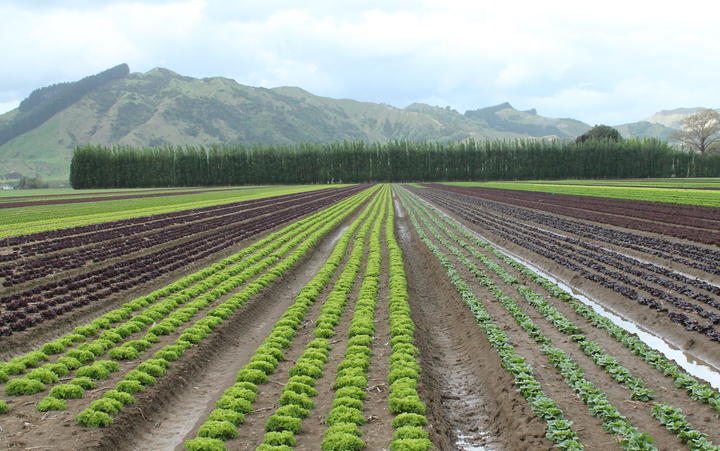 A farmer in Wairarapa was seeing to paddock drains when we rang ... not that he needs to worry about wet paddocks at this point. Some moisture was forecast this week, but instead a dry southerly came through and rain is not on the horizon. Every bit at this time of year puts that much more weight on to combat price drops and lift confidence in uncertain times.

Nelson started the week with warm days. The thermometer reached 24 on Sunday and Monday. It's been cooler since then and the region desperately needs some rain. It's dry, especially in the western areas and around Nelson. Pasure growth is good, responding after only a millimetre of rain, but the overall dryness is making farmers very nervous.  Cows are milking well. Early silage is being made around Motueka but the bulk won't be done for a few weeks. Tailing is underway on sheep farms.

Marlborough is getting very dry. Rain is desperately needed here too. Vehicles are dusty and farmers are driving slightly off the race tracks to keep dust down. August only had 80 percent of its long term monthly average and there's been no significant rain since. In fact, from January to August the region recorded the fourth lowest rainfall in 91 years and  by the end of August the rainfall total was 160 millimetres behind where it should be.  Some sheep and beef farmers are making the call to make more cuts into capital stock in order to cope with the dry. Calves that would have stayed on farm for another year are being sold off now. Shearing of merino wethers is due to start now. Maybe that will make the rain arrive. Temperatures are bouncing around too. At the start of the week, a peak of 27 degrees was recorded and by Thursday night there was nearly another frost  and woolly hats were needed.  Grape growers don't want more cold weather. Apparently one grower spent 45 thousand dollars on helicopters to move air around and  fight the frosts on Tuesday and Wednesday last week. 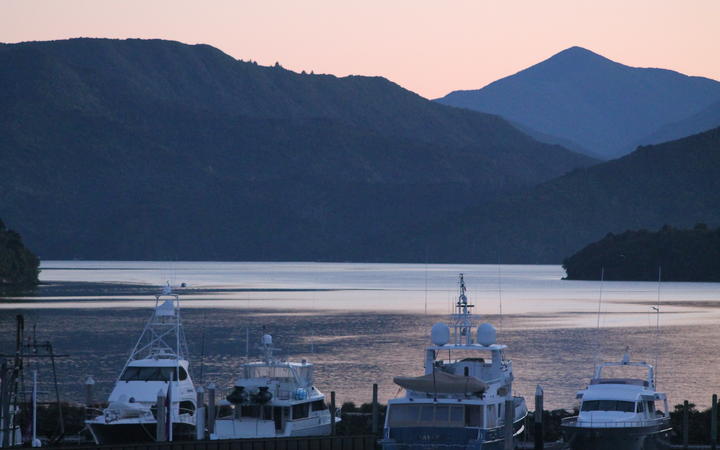 Evening in the Marlborough Sounds. Photo: RNZ/Sally Round

The West Coast had a colder and wetter week and farms are getting tight for tucker. There might be a couple of good days and then another front thumps through. Cows are producing well however.

There was a bit of relief at the end of the week with cooler temperatures and some rain in Canterbury - a most welcome break from the nor'west winds which have been hammering the region of late. The constant wind has made fertilizer and spray application very difficult. Fodder beet crops are going in the ground for next year's winter feed. 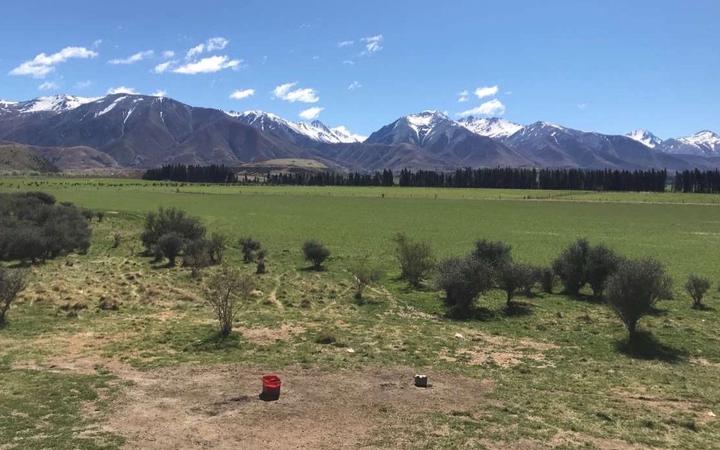 Otago and Southland are extremely wet and conditions are challenging to say the least.  Huge downpours at the start of the week caused flooding and especially in the Tokanui Wyndham area, young sheep drowned.  Sixty to 100 millimetres of rain fell in one dumping, and that was followed up by more downpours through the week until Friday which was a good day. Feed is on knife edge, utilisation is poor with the wet ground.  Unless the weather improves one contact said  "things will get tricky".

Southland is doing it very tough. One farmer said his area received October's average rainfall in one day and what frustrates him is few people picked it was coming. He says the Metservice never put out a warning, and he got more accurate predictions from a weather app based in Norway. Tailing is being held up, as is ground work for crops.  Lambs are rapidly increasing their  grass consumption and demand is well outstripping grass growth  at present.