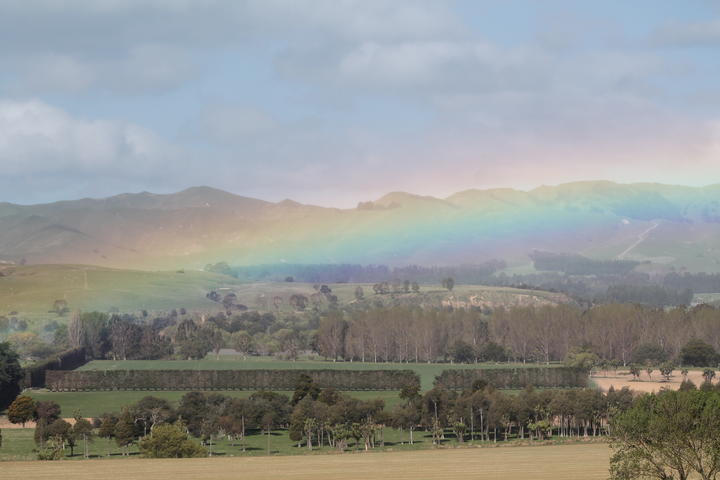 Northland's so dry farmers are reluctant to buy in stock and the sheep farmers in the southern South Island seem to have made it through this week's weather bomb with fewer than expected lamb deaths. Find out more in our wrap of what's happening on the farms and orchards of New Zealand.

Northland's been colder at nights than is usual but the days are warming. In some places pasture levels are as low as they've ever been for the time of year . It's been unseasonably dry.  Twenty-five millimetres of rain fell last weekend but it's been so windy since, it will have had little impact.  The lack of growth is making farmers nervous - with summer fast approaching they're wondering if this is as good as it gets.  They're reluctant to buy stock and prices are just average

The vegetable growing region around Pukekohe had rain at the beginning of the week but conditions had dried out by the end. No further rain is forecast for next week irrigation systems will need to be turned on.

A farmer we spoke to at Paeroa in Waikato says grass growth has been a bit sluggish on his farm, Mating kicks off this weekend and cows are cycling very well - cows ride a cow that is on heat and some farmers put stick-on scratchie strips on a cow's tail. If the surface rubs off - like on a scratchie ticket - it's an indicator she's ready for mating. The farmer says while everything is looking pretty rosy on the farm right now the outlook for summer's not great. September only brought 30 millimeters of rain, it's still far too dry and there could be scary times ahead. 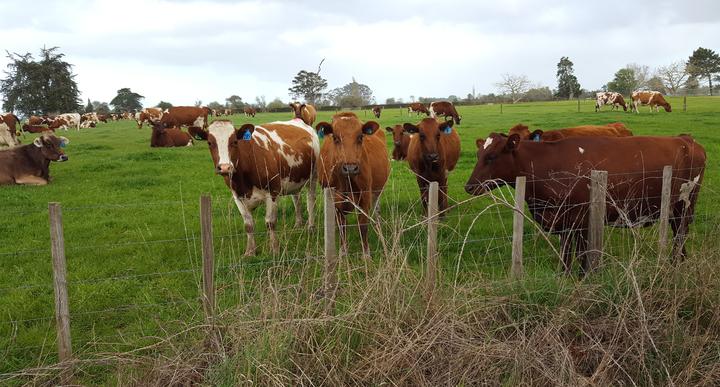 King Country had nasty weather at the beginning of the week and on the dairy farm we called, near National Park,  it had been trying to snow.  Calves arrived in the bitterly cold weather but were taken quickly to the calf shed to keep warm.  Milk volumes took a dive too - cows just hunch in a corner, snuggle up and don't eat as much as they would typically when the weather is miserable. They were given lots of supplementary feed to compensate.  Thursday and Friday brought cracking frosts and nice days to follow. The farmer says she's seen a lot of  people offering their services to help with docking. National Park has been humming with holiday makers and skiers during the holidays - both Turoa and Whakapapa have extended their seasons. She says that has a knock-on effect for farmers too -  a lot have tourist accommodation on their farms. 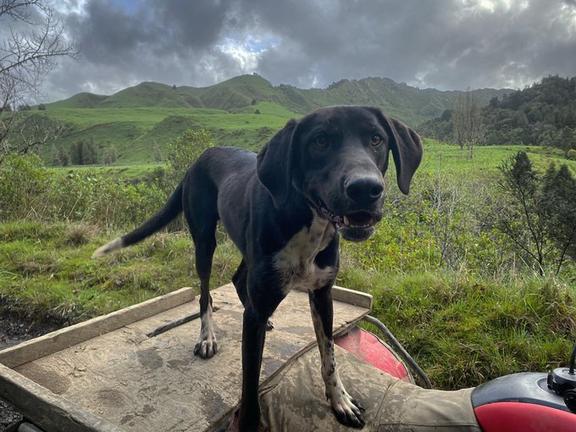 This week has been the coldest so far this year in Taranaki. Our contact says as soon as daylight savings started it turned bitterly cold and he had to get the thermals out for the first time in a while. Calving is almost finished and early indications are that milk production is up on last year. There is plenty of pasture about so a lot of farmers have been making silage. .

The Wairoa region has had a beautifully fine week  - the first in a long time. Lots of rain has left farms wet underfoot. Friday started with a very heavy dew and mist - but that soon disappeared.  Most beef farms are well into calving. Sheep farms have had a good run for lambing.  There's a  huge amount of forestry activity  - and a massive demand for metal for new roads through forestry blocks - companies are knocking on the door of anyone they know with a gravel pit on their farm . The farmer we spoke to says when you're driving between Wairoa and Napier you can expect to come across up to a dozen logging trucks heading to the port - he's learnt to add on an extra half an hour for the trip.

Around Central Hawkes bay, the weather has been pretty good.  The farmer we spoke to was pulling the cattle off the crop to give them a drench when we rang. . Tractors are busy trying to get all of the summer crops in by Labour Weekend while there is still a bit of moisture in the ground. Despite the grim predictions after the drought earlier this year, lambing has been fantastic, docking is all done and in 3 weeks time they will come in for a drench. The aim is for the lambs to be putting on about 300 grams-a-day until they are weaned. 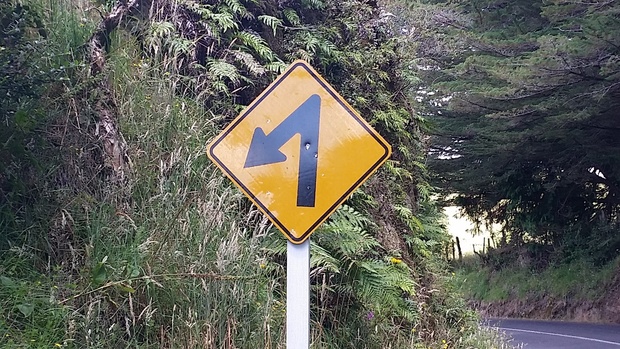 Manawatu is a bit wet. People thinking of putting crops in for next winter are trying to get their heads around the new fresh water rules. The ag consultant we spoke to thinks it's ill-advised to impose regulations that get everyone's backs up. Farmers are supposed to sow crops by the first of November - but he says that's ridiculous because often in Manawatu you can't even get trucks into paddocks by then.

Wairarapa had a cold, wet and windy weekend but the sun has been shining since.  Thursday brought a heavy frost and the moisture earlier, was welcome.  The ground's still a bit wet to start drilling crops.  Kids home for the school holidays are being enlisted to help with docking . Our contact was on his way into town we rang and had left explicit instructions with his team not to let the kids muck around.

The Tasman district ended the week settled after a turbulent start  Very strong southerly winds, sleet and snow hit on Monday.  There was snow on the Takaka Hill, Mount Arthur and the Richmond Ranges . The 27 millimetres of rain that fell as well, was welcome.  Frost protecting fans have been going in grape orchards.  Apples and pears are in full bloom which is earlier than normal but bees don't like flying in these conditions; they'd be blown to Australia if they got up into the tree tops, our contact says. He says they won't know the full impact of the extreme conditions for a little while. Stone fruit is well through flowering so it will be interesting to see if the fruitlets have been hit.  The other trouble is orchardists can't get a clear window to spray for things like black spot. 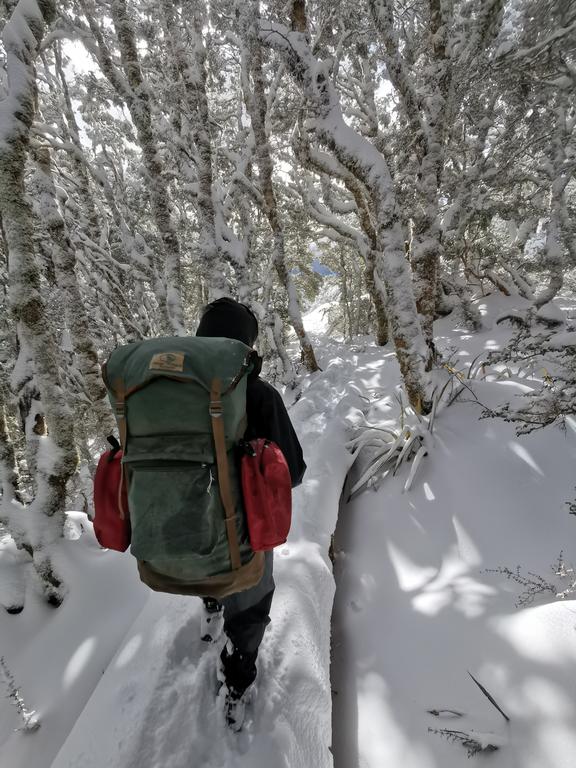 The first of the peony crop is being picked this week, the earliest ever for our contact. He normally starts on October the 10th.  So the local market will get some lovely blooms now. Exports won't be for a few more weeks.

Marlborough grape growers had a couple of  very nervous nights this week as temperatures dropped drastically... Tuesday night they were down to minus three  and dozens of helicopters, along with windmills, were going all night to keep air moving.  They did a pretty good job but there are areas with a lot of frost damage. However, we're told it shouldn't have too much of an economic impact. A high country farmer who's been tailing all week says it was very successful with excellent lamb survival and that's typical for the region.

The West Coast went from the best spring ever to the most average spring this week with rain and snow battering the region. The farmer we spoke to says it's a semi-quiet time at the moment between calving and mating. He says calving is at the annoying end with ones and twos coming through each day. Pasture is tight so he's feeding out.  He says whitebaiting is taking a while to get into gear with nothing running.

Canterbury has had a week of wild weather but little rain.  Irrigators were on to help maintain soil moisture levels. Growth has slowed up with a string of heavy frosts. Many meetings are being run on the essential freshwater framework. Farmers are grappling with what it all means for them and their businesses.

The Mackenzie Country largely missed the weather bomb. On Monday, snow did settle for a few hours but it was gone before dark. A farmer we spoke to was holding his annual Murray Grey bull sale on the farm on Friday and was expecting people from all over Canterbury and Southland. Luckily high country merino farmers generally are still a week or more away from the start of lambing. 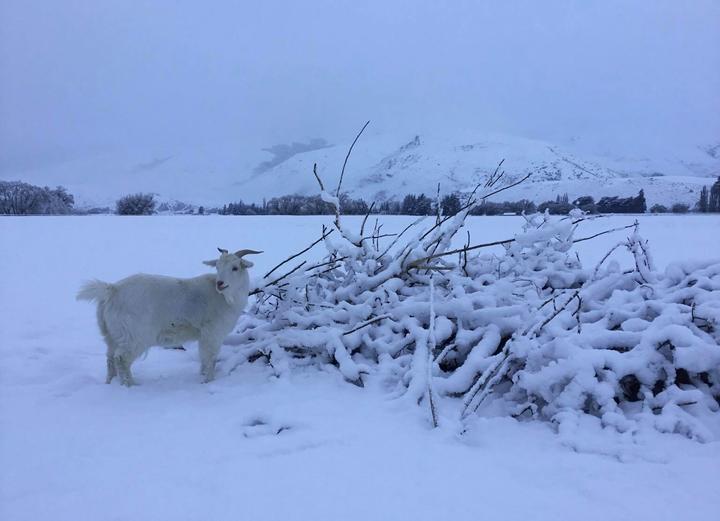 Central Otago pip and stone fruit orchardists are having a busy week. Our contact was cleaning up apricot tree branches that had broken due to the heavy ice that forms under sprinklers used for frost protection. It's an effective method. As long as the water keeps falling and ice forms, it stops temperatures from dipping below zero.  Other stone fruit are still in blossom so petals are protecting the forming fruit and apples aren't flowering yet.  Most of the snow had disappeared from the foothills around Roxborough by Friday morning and growers were looking forward to a better spell of weather for a few days.

Otago and Southland have been extremely miserable and bitterly cold with snow to sea level.  Dairy farmers possibly coped okay because they had good warning of the storm. Our contact brought calves back inside for a day or two as they wouldn't have survived with the wind chill at minus ten degrees. They were put back outside by Wednesday and Thursday and Friday were cracker days with temperatures in the high teens. Cows were in sheltered paddocks ... so basically if you had a good plan once the weather arrived you acted on it and all was okay ..However there will still have been some who got burnt.

A sheep farmer in west Otago, high up in the Blue Mountains, has also got through the week better than expected. He picked up 27 dead lambs out of 6300.  It took three hours to get snow drifts cleared from gateways so he could drive the four wheeler around. He says if the snow had arrived a week or two earlier it would've been a different story

And it's been similar in Southland; our contact says lambing ewes on his free ranging higher hill country paddocks seem to have coped okay with the heavy snow.  However he says now he's had a better look around his flat paddocks a few more lambs have died than he thought; they'd been tucked away unseen earlier in the week .. he's lost 45 or 50 lambs out of 650.  With dry snow, no following rain, a quick thaw and now warm they may've got off lightly but one or two regions in eastern Southland will have fared worse.