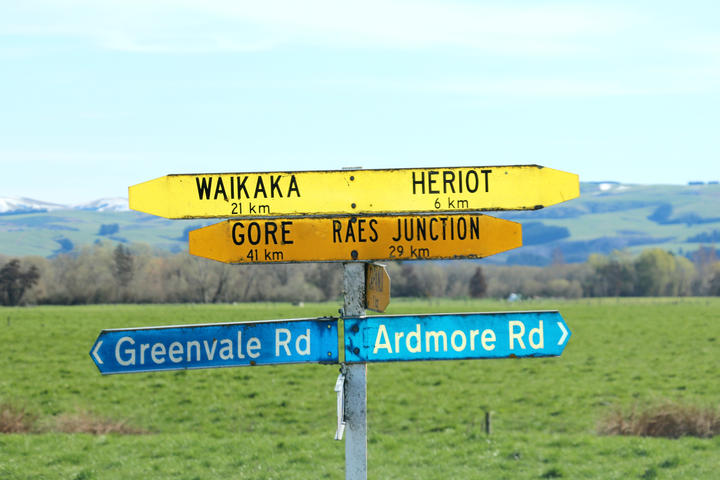 More kiwifruit blocks are being planted in south Auckland and lambs are skipping around paddocks with the sun on their backs.

In Northland it has been dry for the time of year and a few people are a bit scared about what summer will bring.  The conditions though have been exceptional for preparing kumara beds. Silage is being made and beef farmers are generally happy with feed levels.

The weather around Pukekohe has been mainly fine and cool with light winds - although that was sandwiched between showers at the beginning and end of the week. Irrigation has been required for celery and  field planting of vegetable transplants. Despite Auckland's relentless urban sprawl,  large kiwifruit orchard developments are underway in the Karaka/Glenbrook area, south of the Manukau Harbour.

A Waikato ag consultant told us 'all is well with the Universe' - that is, on farm.  It's been quite mild, grass growth is excellent, cows are milking well, calving's had a smooth run - if there was one request it would be for more rain. 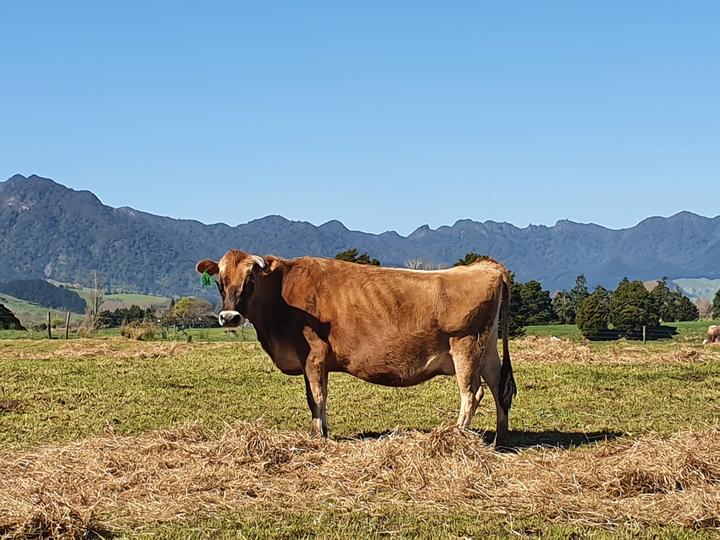 It's pretty much the same in the Bay of Plenty  - grass growth has been outstanding, calves are happy and the farmer we spoke to has locked up some silage - the earliest he has ever closed the gate. Pruning's just about finished in his kiwifruit orchard. He says the weather's lifted everyone's spirits but says it seems some farms are still struggling for feed - this week he  loaded up a truck and trailer load of bales to send to the Clevedon district, south east of Auckland.

The days have brought sunshine, rain, warm and cold weather and rainbows to Taranaki this week. The consultant we rang says an old timer told him years ago that rainbow weather is grass growing weather.  Cows are milking well - milk production for August was up on the same month last year.

Across to the Gisborne region and the report was 'it's blinkin freezing.' Thursday  morning was very warm but in the afternoon the temperature plummeted.  Generally the days have been beautiful.  Lambing's now going full steam ahead and feed-wise things are still in the balance. The ag consultant we spoke to can't wait to go snorkelling and diving for kina and paua. He says the sea's a bit dirty right now.

A little shower was falling in Hawkes Bay on Friday morning - on Thursday the temperature hit 20 degrees.  It's been a beautiful, mild spring and although soil moisture is below normal for the time of year showers have been keeping things ticking along very nicely.  Docking has started to kick in and lamb survival has been really good. As for feed levels they are mixed. - people who de-stocked in the drought are better off - others have very little to come and go on. It's a bit early to say how well lambs are doing; some of the ewes may not be milking as well as farmers would like as they are a bit skinny following the drought. The lambs have had  the sun on their backs and have been running and playing and skipping and jumping over rocks in the paddocks. It always makes you smile no matter how many times you've seen it. 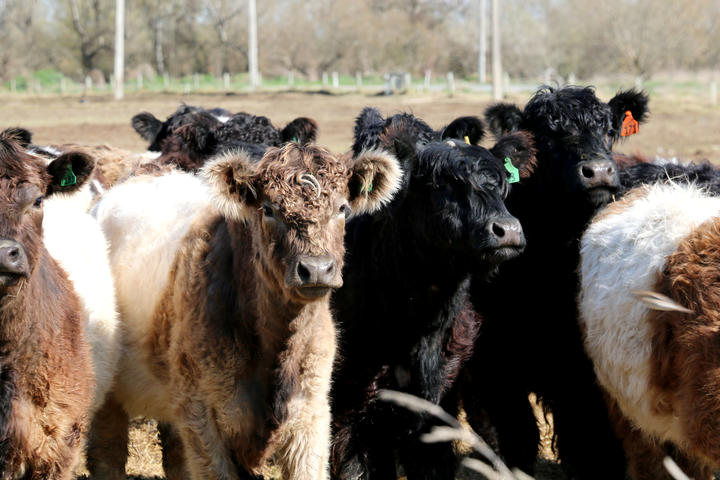 Rangitikei has had glorious weather. A lot of people have started  ploughing paddocks - a bit earlier than usual. The ground's ready now and they are a bit worried about moisture levels.  Yearling bull sales have started.

Wairarapa has had some fine days combined with two good dollops of rain. A sheep and beef farmer we spoke to has been flat out docking. Thirty millimetres of rain overnight on Thursday was wonderful coming right after main lambing.  If farmers in Hawke's Bay received it too it might impact on the price of store ewes. He's been holding off selling store stock waiting for more confidence from Hawke's Bay farmers to start buying after the drought. He's sold some ewes with lambs at foot but prices are down. Lamb racks aren't in demand with the restaurant trade globally affected by Covid.

The growing season in the Nelson Motueka region is three to five days ahead of usual after another fine week. A skiff of snow fell on the hills so, as a precaution, overhead water frost protection was turned on in kiwifruit orchards and so far there are no reports of damage. The returning bloom on apples is looking good. Some early varieties are at the green tip stage when the buds are broken at the tip and a bit of green tissue is visible. In the region's hop gardens, shoots are not far away from popping out of the ground, so people are putting up strings for the new season.

A high country farmer in Marlborough says he's still waiting for spring to kick in. It's been quite cold, the grass is short and he says he's running out of hay and baleage. There's even some snow on the ground at the top of his station that rises to 500 metres. With pre-lamb merino shearing  due to start soon, he says mustering is underway on the hills to bring the girls in.

Our contact who has a dairy farm 40 kilometres up the Grey valley from Greymouth on the West Coast says he's at least three-quarters of the way through calving. He's out day and night in his paddocks to check on cows in case there's a problem.  Cows that have calved are on grass and silage and milking well. Thanks to the sunny and mild week some people have started drilling sulphur on paddocks that aren't too wet. 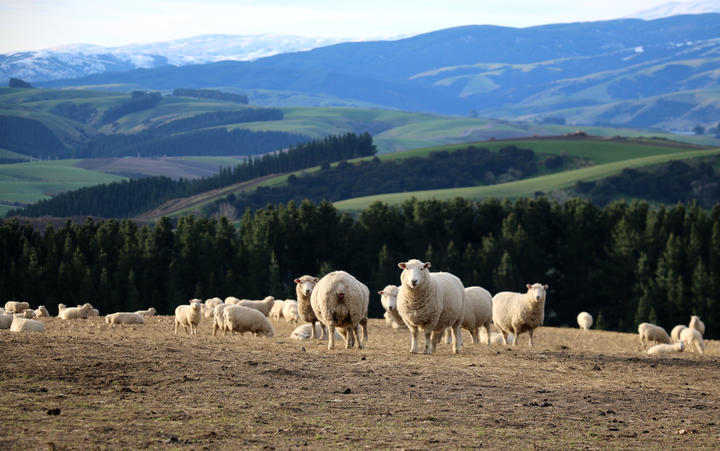 Canterbury's had  some absolutely stunning clear, warm and sunny days and it was topped off with a good rain on Friday. More rain is in the forecast which will keep everyone happy. On a farm at Hororata the last of the spring barley was planted yesterday.  Autumn purchased store lambs have been sold at Coalgate - they'd done a bit too well and made $188 which made the farmer very happy. 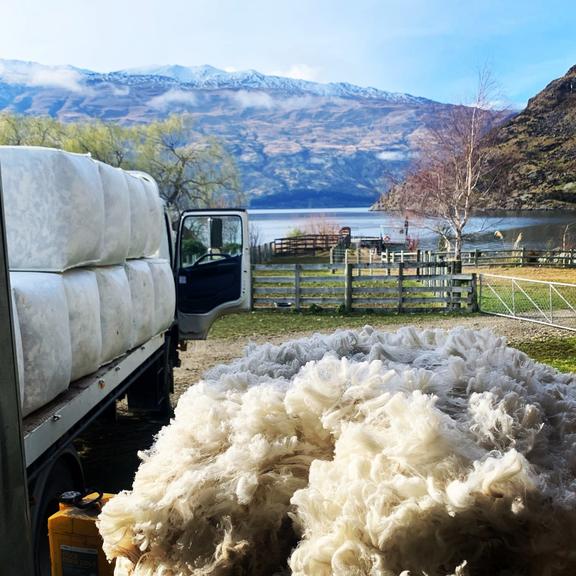 When we spoke to a farmer in South Otago he was busy doing A2 beta casein nasal swab tests on young calves.  Cows carry two copies of the beta-casein gene, and there are two common variants, A1 and A2.

This means that cows can either be A1A1, or A1A2, or A2A2.   He won't know until the swabs come back from the lab, but he's hoping most of the calves will be A2A2 as he produces A2 organic milk.  The peak of calving is over on the farm. If conditions under foot dry out, he's hoping to do some chisel ploughing on kale paddocks to stop the weeds.

Dairy farms are well into calving in Western Southland. Up until Thursday, when there were heavy showers and hail, the weather's been reasonable. Crop paddocks are still wet in parts, but grass is growing well and milk production's up on last year. Sheep-wise, ewes are settled in behind wires on a nice flush of feed. There are some early lambs on the ground but next week most people should be well into it.