On The Farm: What's happening in rural New Zealand 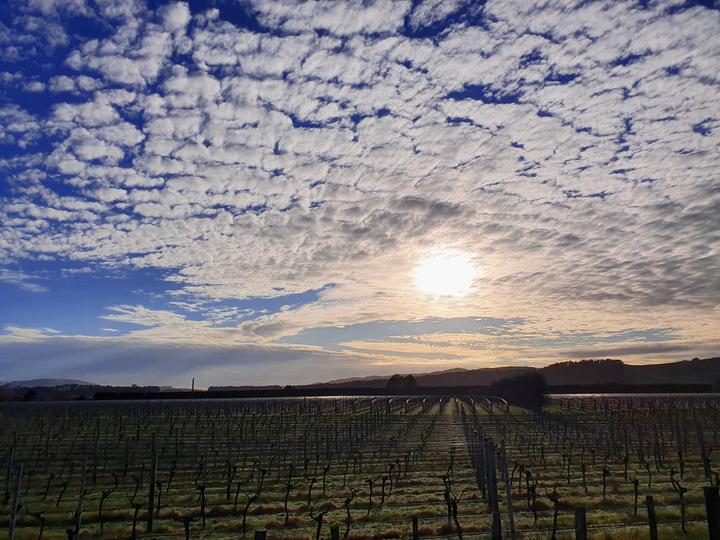 Vines in a late winter sun, Wairarapa Photo: RNZ/Sally Round

Looking at conditions on the land now and in the Far North it's been bright and sunny, and abnormally there have been two or three days with little wind. Soils that were wet have dried out considerably, and in fact west of Whangarei across to Dargaville it's extremely dry and farmers and croppers are getting very worried. Typically it is wet in September but it's been dry this week and the last few days of August so everyone is hoping the rain returns quickly.  The lack of moisture at present is almost restricting growth.  Stock are generally in good condition, there was plenty of feed on farms during June and July, it had built up well after the drought.

In Pukekohe by the end of the week fine clear days arrived,  enhancing spring growth. With the Covid19 lockdown level 3  eased to 2.5, road traffic is able to move freely between zones without delay.  As if it was a slow pace for him, a Funeral Director complained  it took him 45 minutes to travel 4 km through a police checkpoint  each day when traveling to work! In the meantime, vegetable growers and orchardists are busy and taking advantage of the good weather while it lasts. 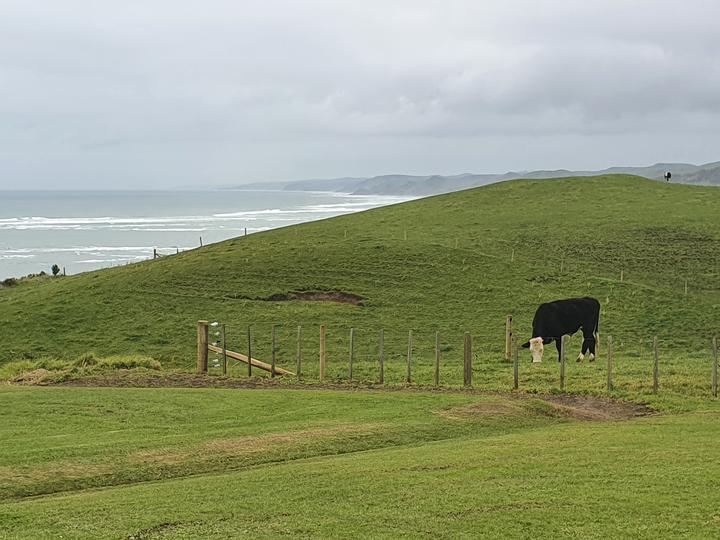 Like many North Island regions, Waikato woke to a cracker frost on Friday.  Dairy farmers are three quarters of the way through calving in excellent conditions, the grass is all getting eaten rather than being trampled into the ground, and not too many supplements have been needed. Farmers are making plans for cropping and silage. Soils on top have moisture but underlying that aquifers are very dry and there's a lot of concern around this. They just haven't refilled over winter.  And the frost pinged the first of the season's asparagus.  Growers were planning on picking now, in fact some had taken small volumes off in recent days, which is earlier than normal, but now there won't be any crop ready for picking until mid to late next week. Apples are starting to bud and oil sprays are going on.

The grass is really starting to move on Bay of Plenty dairy farms. There was a frost here too.  Sheep and beef farmers in the hill country are still doing it tough, especially north facing slopes are only just starting to grow grass now because they were so hammered in the drought. Farms on the flats are a little better off for moisture and growth. Without bad weather the lamb survival is good however.

The mountains were sparkling in the Central North Island at the end of the week.  King Country farms are looking good with reasonable grass levels. As elsewhere because of the nice weather,  lamb survival has been good ... Taumarunui hit the news on Friday morning for having the coldest temperature in New Zealand. 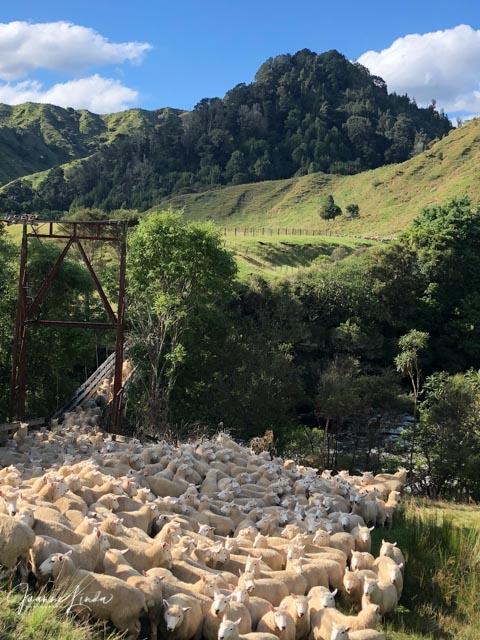 Our Taranaki contact was admiring Mount Taranaki at the end of the week, cloudless days.  A storm did hit mid-week dropping 40 millimetres of rain and it was cold, snow fell as well. But generally it's been a warm winter, apparently the mildest since records began in 1908.

East Coast had a very cold snap with rain on Thursday, a southerly ripped through bringing everyone back to reality, because until then there had been a good patch of weather. Cattle are still struggling to put on condition. It has been a long winter for them, the drought is still having an impact because they didn't go into winter with extra fat and it's now really starting to show up.

On Hawkes Bay's vineyards the last of the pruning is being finished off in the late variety blocks, and buds are breaking in the early ones,  this is about ten days early. Our contact wasn't sure why, but wondered if it was because they lost their leaves early in the drought in autumn, and they've had their set period of dormancy so are jumping forth now.  Again, aquifers here are very low, two metres down on normal. The region expects about 700 millimetres of rain a year, so far it's only received 250.

Twenty-odd millimetres of rain this week in Manawatu was really needed. Although it's brilliant for calving and early lambing, there's nervousness among farmers about the dry spring which is forecast. Dams are low, run-off blocks lack moisture and where will silage come from?

Parts of Wairarapa also had a welcome sprinkle of rain this week to dampen pastures during the unusually dry lambing season. The spring winds have started. Lambs are skipping about and daffodils and snow on the top of the range completes the picture!

A frost on Friday wiped out budding asparagus in Horowhenua. The grower had done a couple of small picks but as it's right at the start of the season, they're not too upset. The season starts in ten days and they have enough workers through the RSE scheme. The thermometer is rising and everything will leap out of the ground.

The Nelson Motueka region has had a changeable week - it's been cloudy at times, the ranges copped some snow and there's been frost, sun and chilly winds.  A welcome 146 millimetres of rain has fallen in the past two weeks and grass is kicking away.  Farmers are flat out - dairy farms are about half way through calving and tailing has started on lowland sheep farms. The region's winemakers have launched a campaign to get locals to drink local wines. Last year a Nelson Sauvignon Blanc was judged the best wine in New Zealand and now more wine is produced in Nelson than in Otago. The winemakers hope restaurants will get on board and that people will reach for a bottle of Nelson wine in the supermarket.

Marlborough had a very cold snap mid-week. It had been unseasonably warm with temperatures in the early to mid 20s. Feed-wise farms are OK but rainfall for the year is about half of the long term average.  Dams have not yet filled.   Despite the short sharp burst of icy weather, lamb survival is good - there's shelter in the hill country.  In vineyards some of the early varieties are at woolly bud stage and there are even leaves on some of the pinot varieties ten days to a fortnight early. There would have been a few nervous growers overnight on Wednesday - temperatures dropped to minus three in some places and frost fans and helicopters were in action. The West Coast's had too much rain, some fine weather and snow - it fell but didn't settle on our contact's farm.  The end's in sight for calving.  Grass is growing but farmers, as always, are worried that it might not be growing fast enough.  Lots of domestic tourists are coming through and are doing the Westport to Hokitika loop but not many are venturing further south to Franz Josef.

Canterbury had great rain this week with a very cold southerly change to put some snow on the upper plains and foot hills. All farmers have welcomed the moisture after a very dry and warm August. The essential freshwater package is causing huge amounts of uncertainty and comes up in conversation everywhere. A farmer says it's hard to decipher but hopefully logic will prevail!

Twizel farmers went from trying to stop their stock being burned this week to trying to stop them freezing. A huge fire, which is believed to have been started by hunters, ripped through a nearby Department of Conservation station earlier in the week. The farmer we spoke to says they moved their stock into the middle of the farm just in case the wind turned but later the place was covered by 30cm of snow. He says the worry has pushed planned jobs out to the weekend. 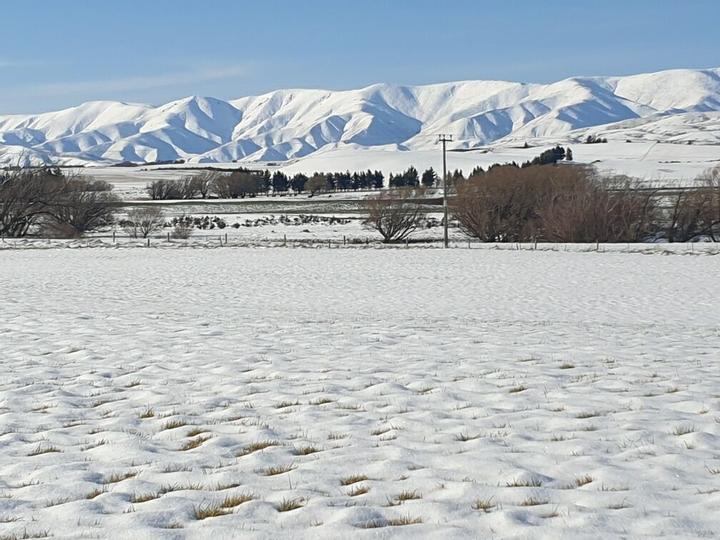 Central Otago was still under snow when we rang on Thursday afternoon - there's a fair covering and the mountains are looking spectacular. On farm things are ticking over nicely and pre-lamb shearing is well through. It'll be early next month before some Otago flocks start lambing.  Here too there's angst about the new fresh water regulations and a suggestion there could be some 'civil disobedience' around them.  The farmer we spoke to says there's no way in the world farmers can do what's being asked of them. Around Roxburgh, orchards are a picture with their pink blossoms.The curling rink in Naseby is busy with visiting tourists. 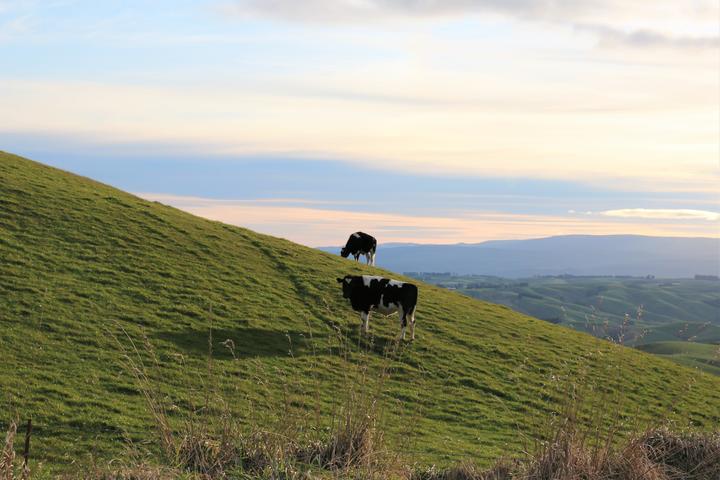 Southland's looking pretty jolly good. An ugly spell of weather early in the week was short-lived. Calving's three quarters done and grass is growing. Farms aren't flush with supplements but have enough to get them through.  The farmer we spoke to was just about to let calves out of the calving shed for the first time when we rang - he was looking forward to seeing them race around on grass with their tails up .