On the farm: what's happening in rural New Zealand this week

Check out what's happening on the farms and orchards around New Zealand. 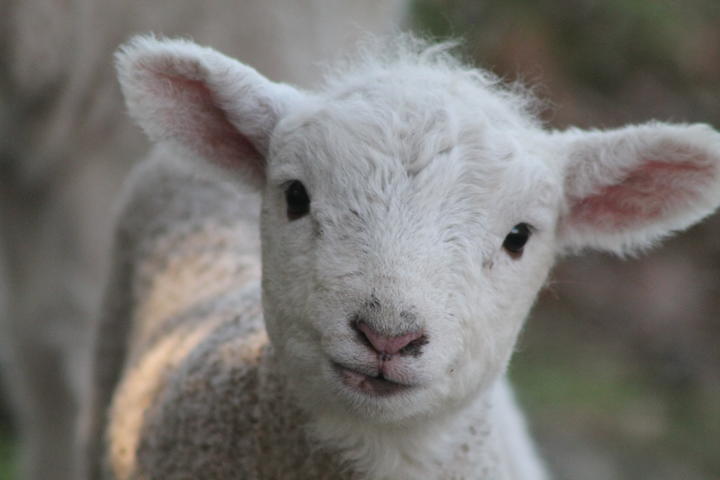 In Northland it's been a fairly mixed week with nice warm days but also a bit of rain. The farmer we spoke to says people might not think they need it, but it always pays to keep a bit of moisture in the soils. He says this time of the year is usually quiet with farmers going away on holiday but no one can go anywhere at the moment because they are trapped by Auckland's level three lockdown.

Around Pukekohe the work schedule has had some interruptions as the weather went from frosty on Sunday morning  to windy and wet by mid week. Necessary jobs like kiwifruit spraying to assist  bud burst needed to be done before rain put a stop to it for a few days. Horticulture NZ has advised that the government has formally gazetted a notice giving consent for workers involved in the production, processing, transport and supply of fresh produce to move between Pukekohe, which is in Auckland, and surrounding areas.  People who work for dairy processing companies are also allowed in and out of Auckland - as long as they have the correct documentation.

A farmer in Waikato had his full wet weather gear on and was sitting in his side-by-side in pouring rain when we rang on Friday morning. He was quite pleased to have the excuse not to get out of the vehicle but calves he was about to feed were looking at him very impatiently.  August has been a good month to work outside and most people are happy with the look of their farms, gardens and lawns. He says calving's dragging out a bit - it wasn't great weather at mating time and so the last of the calves are coming in dribs and drabs. And South Waikato had a very stormy night on Thursday night - a farmer there has had 650 out of 950 cows calve - calves have been thriving with the sun on their backs. 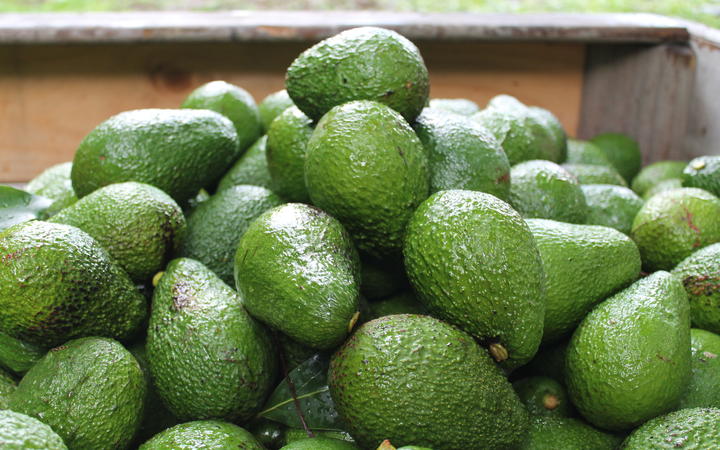 The Bay of Plenty's avocado export season has started - the fruit's mainly going to Australia - by ship - where the market is strong as there's less local crop available than usual. Avocados are also heading to Asian markets but it's difficult to get flights and space on flights. Avocados have an on year and an off year and this year is an on year where there's lots of fruit - trouble is it's much smaller than usual because of the drought. Growers are being persuaded to take fruit off in stages to allow fruit left on trees to size up - there still may be time. The avocado season runs from mid August to the end of February. Returns are expected to be up on last year.

King Country had been getting dry so welcomed this week's rain. Lambing is really picking up. The roads have become a lot quieter - Aucklanders can't go skiing.

A Taranaki farmer says they've had one of the better starts to spring with high utilisation of pasture and very little pugging at all. Central Taranaki is looking great as it has had dollops of rain all the way through. Coastal and south Taranaki were starting to look for rain and, hey presto, it arrived. It will really kick pasture growth into gear.

Gisborne's been warm and windy and a consultant says it's great to have water tables quite full. Wet weather has held up cultivation but drying nor westerlies should help sort that out. Nitrogen is being flown on to pastures to help where there's a feed shortage. Forestry workers are flat tack again - there are usually two or three ships just out of port waiting to come in and be loaded.

Hawke's Bay's grape vines are well ahead of normal. They're budding up three weeks early. On orchards there are clouds of blossoms in plum blocks. And pink peach and nectarine blossoms are starting to be seen as well. Growers are very concerned about the looming labour shortage this season because of border restrictions so some are removing trees that are not paying well so they won't need to be picked, others are considering ruthless thinning to get crop loads down. On farms the hills are green to about 150 metres or a bit more but above that they're still brown.  Hawke's Bay's had 330 millimetres of rain so far this year when usually it would have had 530.

We're told gum trees in Southern Hawke's Bay and Manawatū are the healthiest they have ever been - the drought suited them. 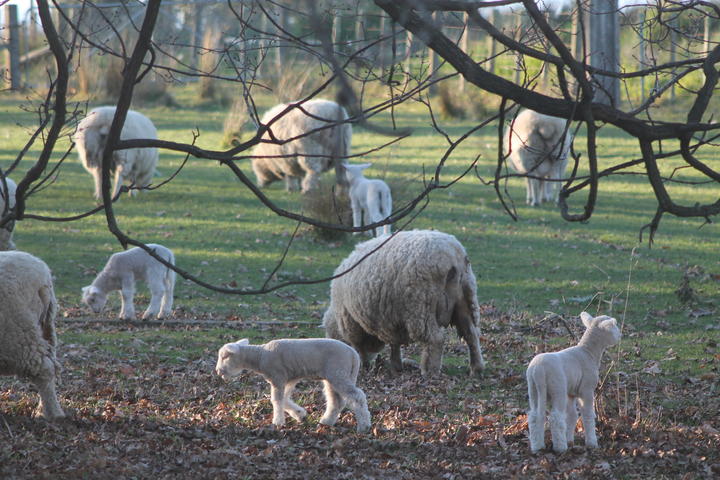 Wairarapa has also had welcome rain over the past couple of days. It's been a dream run weatherwise for lambing and calving - but farmers are aware winter can have a sting in its tail and you never know what September will deliver.

In Horowhenua it's been wonderfully wet. Three days of rain has been great for the sand country - it really needed it. At the end of last week there were five frosts in a row. Cows are milking well, grass growth has been particularly good and will jump away now with the moisture and the warmth. Vegetable growers can't find staff - unemployment is very low in the region.

The Nelson region's had some solid rain this week. With rain levels at only 60 percent of normal for winter, it will help to top-up dams in preparation for summer. Apple and kiwifruit pruning's still going in most orchards. Spray's being applied to Hayward kiwifruit properties to promote bud break and improve yield, while the last of the winter sprays are going onto apple trees. 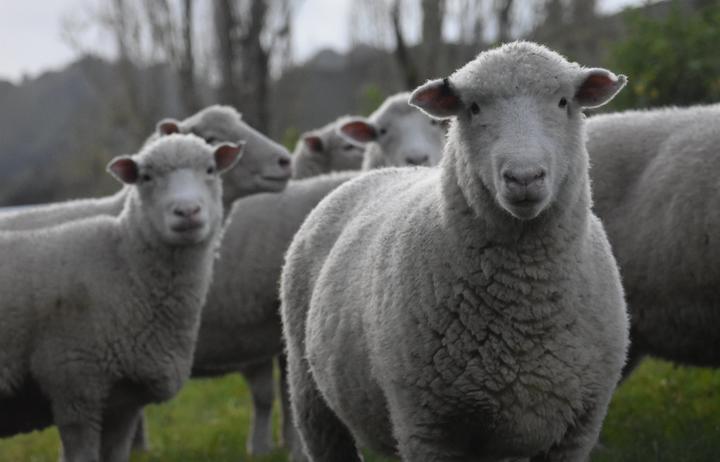 A farmer in Marlborough says he's half-way through lambing on his Wairau Valley farm. Earlier lambs are already tailed and bouncing around on the hills. Rain was desperately needed to kick start growth and it finally arrived this week, dropping 25 millimetres in the gauge. The farmer says more is needed though. All break feeding's done and a lot of fertiliser's being applied. Pruning's finished  in a vineyard up the same valley and the grower is waiting for bud burst, expected late next month.

A dairy farmer at Barrytown on the West Coast says late winter/early spring's been one out of the box. He's well into calving and, because of the warm and dry conditions, mastitis levels are very low and there's been minimal calving problems. He says colostrum is going into vats and taken to the Westland milk factory for special processing. People are busy on their tractors getting winter crop paddocks into grass while the sun's shining.

In the Mackenzie Basin near Twizel, this week started off warm but the weather turned to the south and so did the temperatures. On Tuesday morning farmers woke up to a crisp minus seven hoar frost. Our contact says the thermals were ripped back out of the cupboards pretty quickly. On the farm, all the merino ewes were scanned on Friday with good results of 150 percent. Shearing got under way on Friday morning, making for a long weekend ahead. 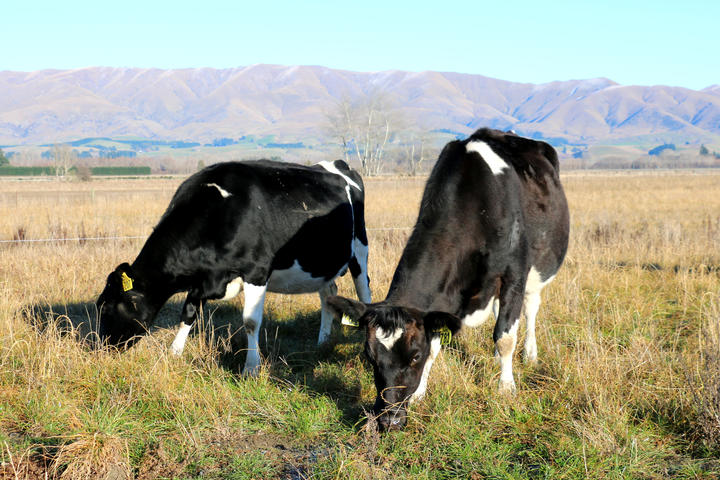 Central Otago's had a dry week so perfect conditions for shearing, but farmers could really do with a shower as growth's at a snail's pace. A lot of supplementary feed's been going out and on some properties, irrigation water's being used to fill stock water troughs.  Pre-lamb shearing's done on crossbred sheep so the gangs are moving up country to start on merinos. Lambing's due to begin in mid-September on lower land farms, while in the high country it's a month away.

Calving's going full steam ahead in South Otago. A farmer in Balclutha says he's half way through and it's going smoothly in good weather. It's been cold and frosty with virtually no rain. He says the main concern for people is the freshwater plan being prepared by the government and the lack of clarity around it.

A sheep farmer we talked to at Wallacetown in Southland says he's been inoculating ewes and spreading them out in preparation for lambing. Percentages are down a bit though. Like elsewhere, dairy farmers in the region are well into calving and conditions have been good.