On the Farm - this week's wrap of farming conditions around NZ 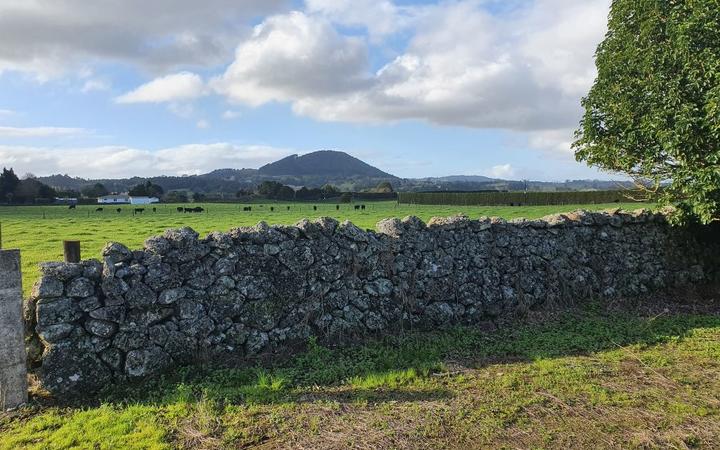 In Northland it's been very cold with hail, heavy rain and blustery winds. Working outside has been miserable. Farms have mud and ponding and farmers want the rain to stop for a bit - please. After the drought it's still dry 30 centimetres down - but the top is sodden. Lots of calves are arriving - some are destined for the north's bull farms.

Around Pukekohe, winter weather has been present all week with strong winds , rain , hail  and colder temperatures. Clearing sky from Thursday afternoon promised better weather but with frosts to go with it. The very wet ground plus low temperatures is now slowing crop growth with many items rising in price.

In southern Waikato, the weather has had cold and fine patches throughout the week. The farmer we spoke to says he finished up a major fencing project that has taken him well over a month to do ... just in time for the first calf to arrive on Wednesday. He says pasture levels are looking really good heading into calving but he did have a truck load of palm kernel turn up this week as a back up. 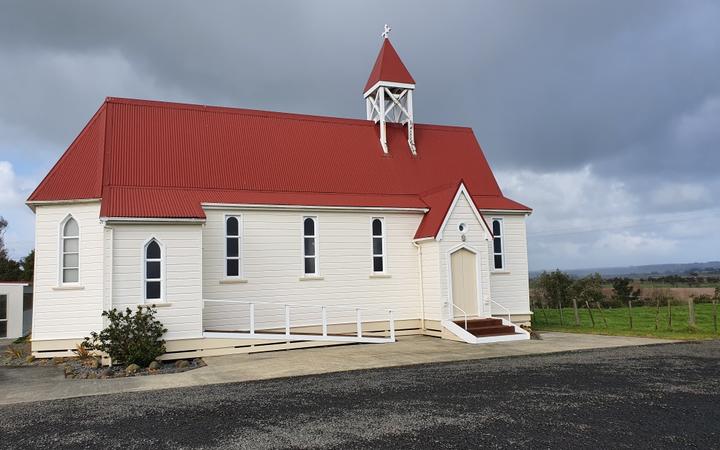 Over in the Bay of Plenty, it's been raining most of the week but on Friday morning farmers woke up to a very chilly frost. There is a lot of pruning going on in orchards and calving is still a few weeks away for most people. A record number of avocados were sold this year. It is expected the sector's returns will exceed $150 million for the year. The new crop is looking strong, with a 10 to 15 percent increase in expected volume for the 2020/21 season.

Around the Ruapehu area, there was a good dump of snow earlier in the week and it's still there in some places. Before the snow arrived the area went through a nice warm spell which meant some grass growth. The farmer we rang told us their pasture levels are looking great heading into lambing and they sent two truck loads of hay to the Hawkes Bay farmers in need. Farmers are looking to start set-stocking their ewes.

It's been very wet on the East Coast near Wairoa. Our contact says he has had nearly 700 millimetres of rain in the last few weeks and Friday is the first fine day in ages. He says they aren't complaining about the amount of rain because they were screaming out for it last month. Scanning of the ewes is well underway and results are looking better than expected. Farmers will start set-stocking and lambing will begin at the end of the month. 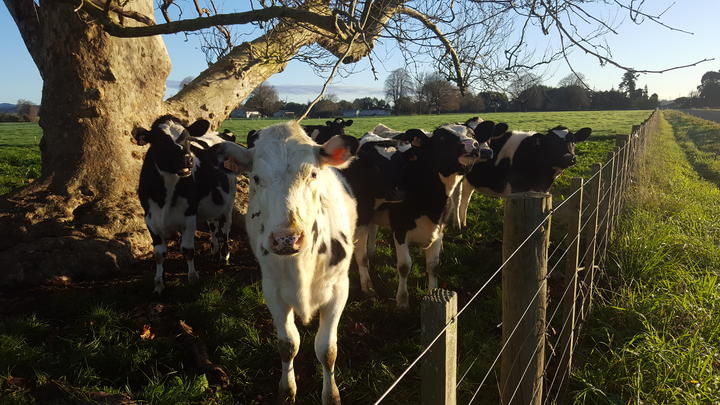 Down the road in Hawkes Bay, there has been a reasonable amount of rain and the soil is damp for the first time in ages. The weather has been mixed with some fine days and some cold ones in there as well. The farmer we spoke to says that the warm weather is making for some great grass growth. He says the first of his calves turn up next week and he'll be looking to sell some two year bulls as well. Pasture levels will be back to pre-drought conditions by the end of winter.

Our contact in Taranaki says like most parts of the country farmers in the area woke up to a good frost. He says the mountain is now covered right to the bottom with snow. Pasture levels are looking pretty good at the moment after what was a pretty mild autumn and start of winter. The mood among farmers is pretty positive after the highest jump in dairy prices since 2016. There was strong demand for New Zealand's whole milke powder at the Global Dairy Trade auction on Tuesday night. The index price jumped by 8.3% and is the fourth consecutive gain at the twice-monthly sale.

The week started out sunny in Manawatu but then the region got around 50 mm of rain on Wednesday and Thursday. The farmer we spoke to says it's starting to get quite damp underfoot. Anymore rain and it will start to get muddy. He says he had his first calf on Tuesday and by Friday morning he had eight on the ground. 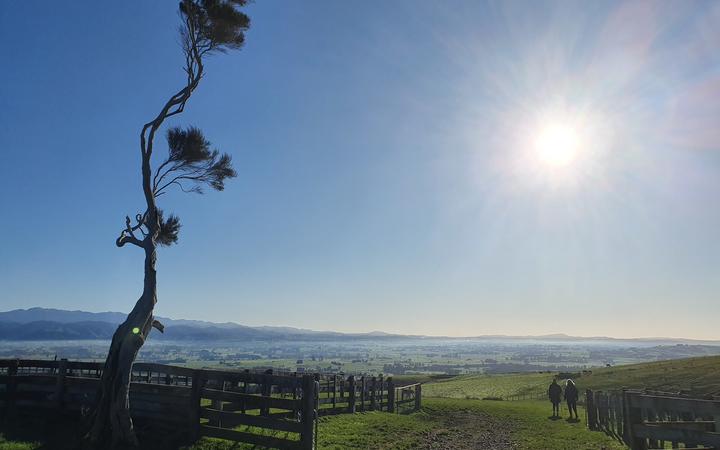 In Wairarapa, the week started off with a very cold southerly whipping through the region but the vet we spoke to says Friday was a cracking day. Not much is happening on farms at the moment. A few calves are starting to pop up but the full swing of calving will start in the next week or two.

It's been fine and frosty this week around Motueka which is what orchardists want. The cold weather is needed to set trees up for bud break.  Our contact was busy pruning and testing soils to make sure the nutrient levels are right for the coming season.

In Marlborough, it is very wintery. The high country had it's first dump of snow for the season on Wednesday night but it was mostly all gone by the following evening. A farme told us they had just brought in some extra supplementary feed this week to get them through the winter. A new name has been proposed for the region's Molesworth Station - New Zealand's largest high country farm. Alongside the pakeha name, Ngai Tahu is proposing the name Rangitahi which means "converging skies" in honour of the station's waterways. It's the single arterial source for major rivers and DOC and the community say they're keen on it because it adds an extra layer of meaning to the station.

Over on the West Coast it's been another good week ... the farmer we spoke to is well south on the coast and she said the end of the week was stunning, fine and frosty. Farms are looking good as it's been quite dry and there's been early winter growth. 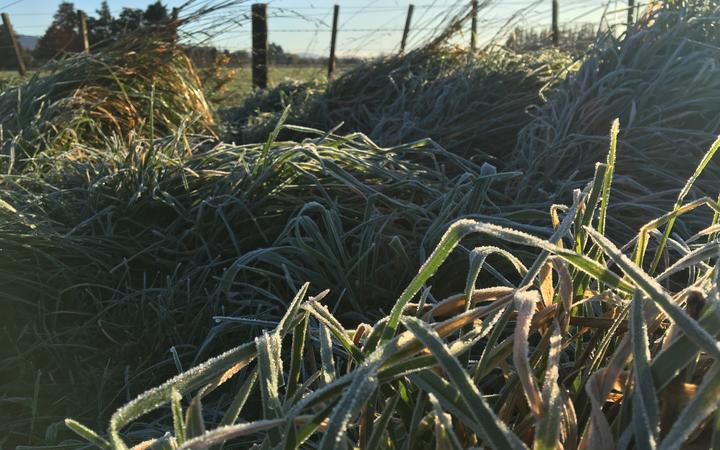 The week was relatively mild with few frosts in South Canterbury.  Just skiffs of snow on high ground.  There's been a little bit of growth on farms and because it's been dry, stock are getting the full advantage of winter crops like kale, fodder beet and turnips. When the ground is really wet a lot of feed can get "stampled" into the ground - that's a good description!  The good feed utilisation means cows are looking great and will be going into August's calving in good condition.

There is a bit of mud appearing on some Otago farms after about 50 mms of rain this week.  The farmer we spoke to says he's working hard to prevent it, but it can be tricky. Otherwise properties in the area are looking okay.  He's had good scanning results with his ewes ... back to normal at 180 percent which he's thrilled about because last season the drought hammered his results ... he had his worst lamb season on record with 20 percent fewer animals. So if the weather plays ball this spring, lambs should be plentiful.   It's pretty chilly with snow on the foothills but it's nice to have winter when it's winter.  Stock are in reasonable condition.

In Southland, near Winton, it's been drizzly most of the week with some fine patches. A contact there says he spent the week carting the grain he had harvested in the summer into the local mill in Invercargill and on Friday he had taken his wife and kids to Queenstown for the weekend.